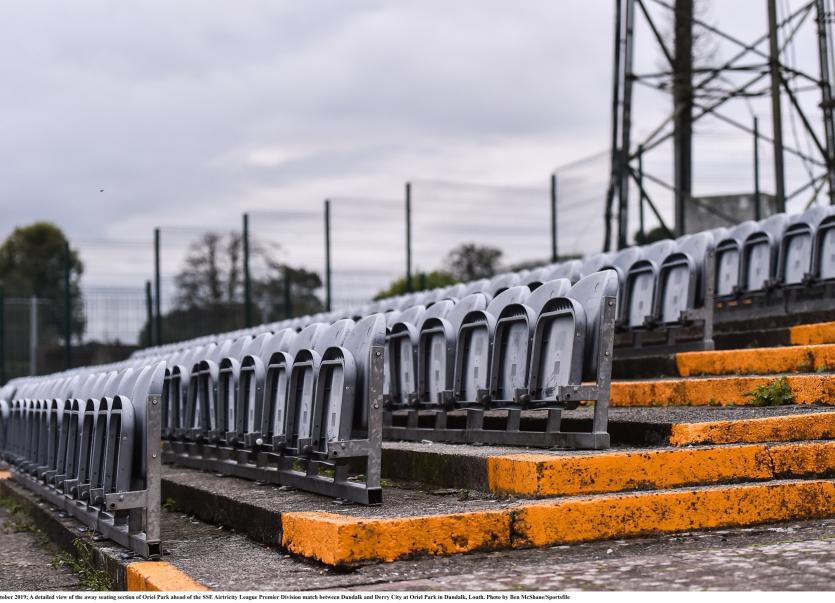 Letter to the soccer correspondent

On reading Gerry Malone’s feature article: ‘Oriel upgrade should be a primary aim’ (Democrat, February 11), it was unbelievable to read that some Dundalk fans haven’t renewed their season tickets because of the state of the ground.

These fans should take a reality check. Our American owners, Peak6, inherited a ground that was neglected for sixty years. To revamp it would take massive help - financial and otherwise - from government, FAI (if there’s any money left in the coffers), local authorities, the club itself and supporters.

It is estimated that it will cost Louth GAA in the region of €10 million to build their new ground. Oriel Park would have to build from the ground up, so you are looking at a similar figure.

I understand that the owners are looking to improve Oriel Park. They looked at the option of covering the away stand for visiting fans. Unfortunately, this is no longer an option as it was discovered this would obstruct the view of those fans sitting in the main stand.

For those fans who threw their toys out of the pram, by not renewing their season tickets, it’s futile and infantile.
Peak6 stated from the outset their priority was to invest in players and players’ facilities to become “a European club playing in the League of Ireland”. They have been true to their word, backing both Stephen Kenny and Vinny Perth, leading to unprecedented success for the club.

If a club fails to invest in players, it goes into decline. Look at Cork City, double winners in 2017. Now they have had to sell their sell-on clauses in the transfers of Seán Maguire and Alan Browne, to obtain the funds to qualify for a Premier Division licence. Is this what the disgruntled season ticket holders want?

The fans who travelled to Latvia for the Riga game will vouch they have a good ground. However, they will also tell you that for visiting fans, Riga’s souvenir shop consisted of a table. Then, their bar was three planks across bear barrels and the toilets were portaloos outside the ground. Imagine the outcry if that was the case in Oriel Park! A modern Oriel Park would be lovely - but at what price?

I may be wrong that these complaining season ticket holders have only recently supported the club.

I accept that, perhaps, they did follow the team when they were in the hellish First Division. Perhaps they were there when Oriel Park had 300 loyal fans or perhaps they remember when players were asked to defer taking their wages for a few weeks, such was the financial state of the club.

Maybe they were among the 157 fans who turned up for the last home game of the season prior to Stephen Kenny taking charge. Maybe they travelled to Waterford to watch the club secure their Premiership status, thus saving it from going out of existence.

Fans should embrace and enjoy the transformation of the club’s fortunes. As the late Jim Murphy said on many occasions: “We are living the dream!”

Thus the true and genuine supporters will continue to live the dream of a golden era and leave the moaners to wallow in their negativity.

As a lifelong, loyal fan said to me: “I would stand in the pouring rain to watch this team and the exciting football they play.” I stand shoulder to shoulder with that fan.