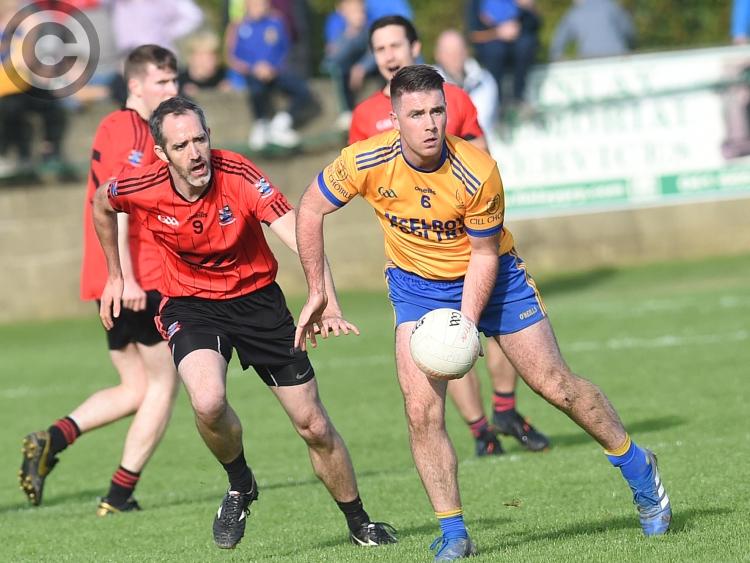 Kilkerley went into the game hoping to build on their draw with Mattock Rangers during the week, but it was Rovers who bounced back from their defeat to St. Mary’s as they claimed a first win of the campaign.

Scoring was at a premium in the opening period as the teams managed to score just two points apiece, but it was Hunterstown who claimed the only goal of the game when Brendan Lennon found the back of the net.

The game was still up for grabs in the second half, but Glen Mathews took centre stage as he added five points to his opening point in the first half to inspire victory.

St. Mary’s moved to the top of Group E of the Paddy Sheelan Cup after overcoming the challenge of Mattock Rangers at Darver on Sunday evening.

Mattock, who began their campaign with a draw against Kilkerley, were looking to build on that result and made an encouraging start when they struck for an early goal through Ben Watters.

However, that proved somewhat of a false dawn as Mary’s soon took control with Jonathan Commins and Karl Gillespie among the point scorers, while a goal from Cian Commins had their side leading, 1-7 to 1-2, at the break.

The second half saw Mary’s remain on top and they stretched the advantage to 10 points at the end, with Mattock only able to add two further points to their tally.