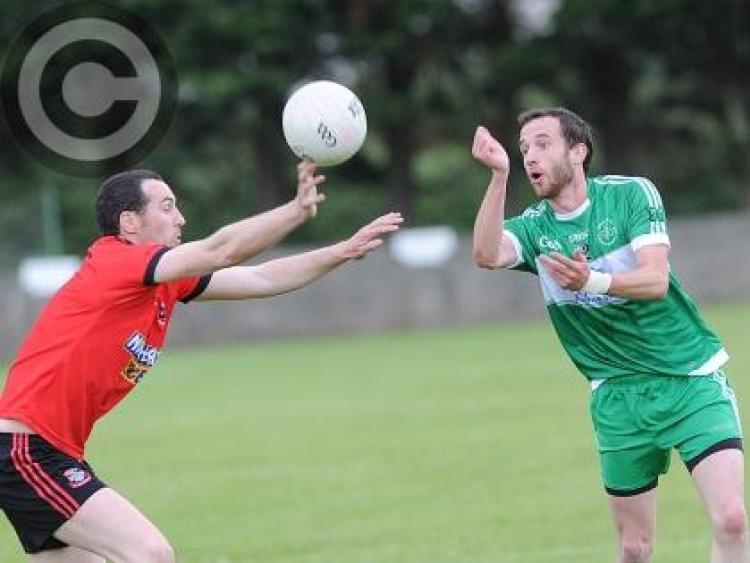 St. Patrick’s got their Paddy Sheelan Cup campaign off to a winning start when they overcame the challenge of Dundalk Gaels on Sunday morning.

Aidan McCann was the scoring hero for the Lordship side as he grabbed a brace to ensure the visitors came out on top by eight points.

The opening score of the game didn’t arrive until the seventh minute, but it was an important one for Pat’s as McCann found the back of the net. Gaels worked hard to stay in touch, but points from Jody Keenan and Joseph Connor had Pat’s leading by 1-6 to 0-4 at half-time.

The visitors continued to dominate the game in the second half and stretched their advantage with the help of points from Cathal Grogan and Aaron Mills.

Any lingering doubt about the outcome disappeared five minutes from time when McCann added his second of the game. Gaels’ only score of the second half didn’t arrive until the 57th minute when Dylan McKeown scored a goal that proved little more than a consolation for his side.

Cooley Kickhams got their season off to a winning start with a five-point victory over Young Irelands at DkIT on Sunday morning.

There wasn’t a lot between the teams throughout the game, but Cooley always had the slight edge and two first half goals from Declan Sheelan set them on the road to victory.

Those goals helped the peninsula side take a grip on the game, but Young Irelands battled well and scores from James Prendergast and Dean Maguire helped them cut the gap to 2-4 to 0-6 at half-time.

The Dundalk men kept themselves in the game in the second half and pulled a goal back from Peter McStravick in the closing stages. However, Cooley did enough to preserve their lead with Brian White, Michael Carron and Fearghal Malone contributing important scores over the hour.