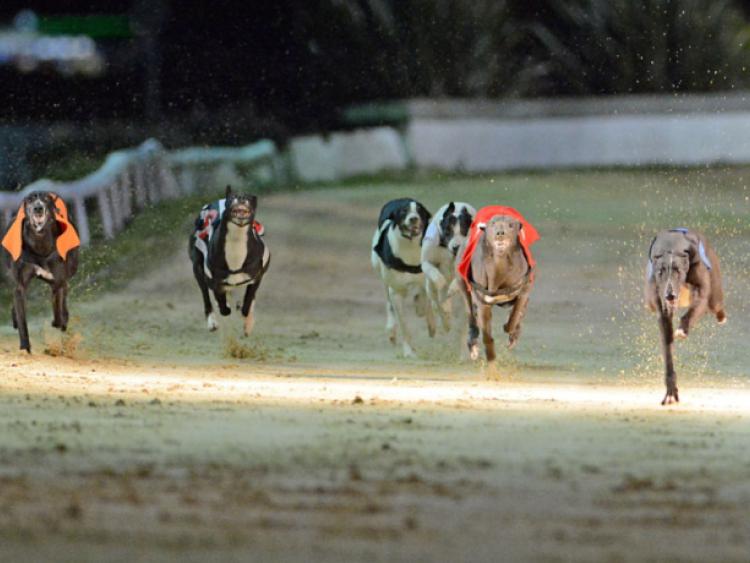 There was a Co Louth one, two, three in the final of the Northwest Greyhound Supplies 550 at Dundalk Stadium on Friday night, the Craig Kelly-trained Swift Iniesta getting it right when it mattered to take the top spot ahead of the Ardee representative, Strike One. Another from Kelly’s Clogherhead kennel, Mustang Vortex, was third.

There was a Co Louth one, two, three in the final of the Northwest Greyhound Supplies 550 at Dundalk Stadium on Friday night, the Craig Kelly-trained Swift Iniesta getting it right when it mattered to take the top spot ahead of the Ardee representative, Strike One. Another from Kelly’s Clogherhead kennel, Mustang Vortex, was third.

The property of Scot, Alex Callachan, Swift Iniesta was caught close home in each of the preliminaries, and in the race that mattered set himself to be shot at yet again. But this time the evens fav wasn’t for catching.

Breaking fast from two, Swift Iniesta was joined in the early stages by the Tipperary-owned Mustang Vortex, but soon opened up a gap. He had a lead of three lengths at the third bend, and showed no sign of relinquishing it.

Fastest semi-final winner, the well backed Strike One was very slow to get into his stride, but made significant progress from the halfway mark to get involved in the latter stages. But while Kevin Commins’ runner nicked second spot off Mustang Vortex, he never threatened the 30.22 winner, finishing almost four lengths back.

Local kennels’ good run continued on Saturday, when as many as six first prizes came this way.

Temple Run got things going in the opener, the well-bred youngster winning on his debut for the father and son combination of Owen and Eugene Duffy, both of whom have worn the Westerns GFC colours with distinction.

The 76-pounder broke in front and after leading to the bend always looked to have the measure of the others.

Sion Sunset was well backed to win for Raymond Bellew and Mark Durnin, and this Kerry-bred, who did her initial schooling at Tralee did the business in style, scoring by almost six length from another Duffy runner, Black Kelp.

Autumn Observer was yet another to make it a winning debut, the Co Waterford dog handled by Sean Keenan. The newcomer wasn’t the best away, but showed fine back straight pace to get to the front before winning by just under two lengths from Rockcliffe Spot.

Peter Thompson is getting a fine tune out of Jenny Jump Up of late, this latest win being her second in succession and sixth in all. Running in a 525 having scored over the sprint distance the previous week, Jenny Jump Up went clear of Elons Persi to win comfortably.

And there was also a narrow win for the Peter Noone-trained Valeries Courage, the Cooley Peninsula-based runner hitting back after being passed early in the home straight.