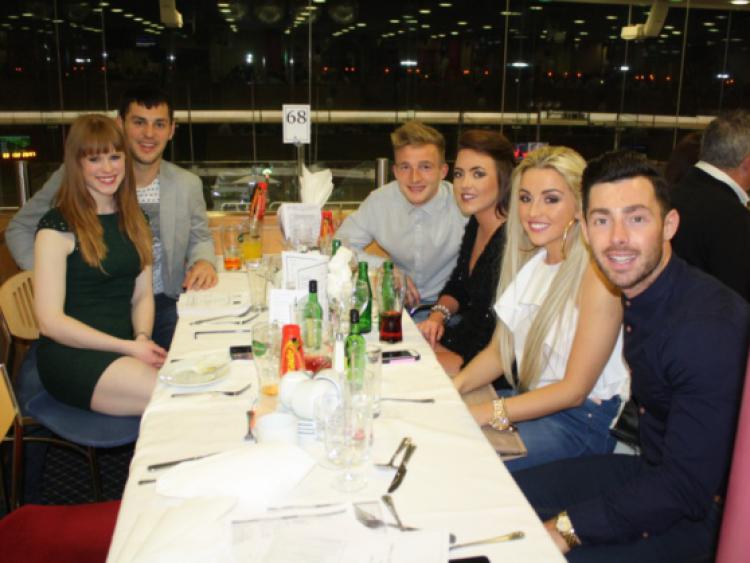 Motherhood wouldn’t appear to have done Lazy Jess any harm.

Motherhood wouldn’t appear to have done Lazy Jess any harm.

Just five months after giving birth to a healthy litter, the daughter of Crash put in a storming finish to win the final of the Avenue Inn 525 at the local stadium’s Saturday night’s benefit meeting for Dundalk FC.

Owned by Craigavon veteran, Eddie Rushe, who’s been taking dogs to Dundalk for longer than he can remember, Lady Jess was having only her fourth race since returning to racing.

She was a close-up second to Courtlough Rio in the semi-finals after a less than trouble-free run, and drawn on the inside was made a 5/2 chance for the decider.

Drumdarry, fastest semi-final winner, was 5/4 favourite, and when the Co Tyrone dog closed on long-time leader. Courtlough Rio, in the home straight having made up four lengths, the prize looked to be his.

But Lazy Jess was always on the premises, and taking the shortest route the 63-pounder got to the front just short of the line. Just under a length separated the now winner of ten races and Drumdarry, with Courtlough Rio taking third a length and a quarter back.

Co Meath trainer, Martin Lanney, registered a treble on the undercard, one of his winners, Drumsna Messi, coming in with superb 28.51 – and there was also a fine win for the in-form Endova Cash, the Co Antrim runner bringing up a hat-trick.

Darver’s Paul McDonnell sent out the only local winner on the 12-race card. His Glenvale Ginny was led by four lengths at one point, but put in a storming finish to get up to score by a half-length, his first success in eight outings.

Had this been Friday night’s card, many of the football club’s entourage present might well have helped themselves to a winner. Airborne Mohawk, successful in a heat of the Realt na Mara 525 at 3/1, is owned in partnership by Shane Grimes, a one-time Oriel footballer now playing in United Park at the other end of the Wee County.

Shane wasn’t present to see his runner score in a photo-finish. While Dundalk were doing their league prospects a world of good with a four goal thumping of Cork City, he was on duty in Drogheda’s defeat by UCD. News of Airborne’s win would have eased the pain for the highly popular young man.

Pats Diamond was another Dundalk winner on Friday’s card. Running in the semi-finals of the Barber Kennels 525, Colm Farrelly’s youngster showed his much more experienced opponents the way home, winning in a photo-finish.