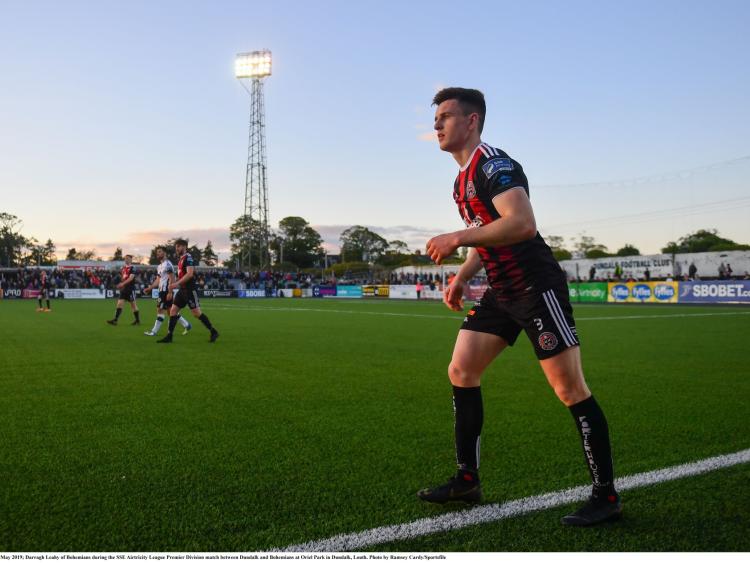 The Lilywhites begin their pre-season programme on Friday night with a game against UCD at Oriel Park (7:45pm), with Greg Sloggett, Darragh Leahy and Will Patching potentially in line to make their debuts.

Expectations are perched high for the captured trio, especially in light of the departures of Robbie Benson, Dean Jarvis and Jamie McGrath, the latter having penned a two-and-a-half-year deal with Scottish Premiership side St. Mirren last week.

However, former Dundalk captain Murphy is hopeful of the newcomers stepping up to the mark, especially Sloggett and Leahy, who arrived from Derry City and Bohemians respectively.

“The nice thing about the signing of Sloggett and Leahy is that they’re established players,” Murphy told The Democrat.

“We’re hoping they can do the job because you just haven’t that time to breed them in when you’re the champions.

“There’s high standards needed off the players; Dundalk are a battle-hardened team and if I was a player coming to Dundalk, like the three players we got, you’d be just delighted that you’re going to be playing with that calibre of player. It can only make you better yourself.

“No disrespect to Derry City or UCD (Sloggett’s previous sides), or Bohemians (Leahy), but the standards that’s expected from you at Dundalk is a lot higher than it would be at those teams.”

Given the loss of midfield options, the Dundalk FM commentator would like to see manager Vinny Perth dip into the transfer market, with a central and wide player on Murphy’s wishlist.

“McGrath was more or less an experienced campaigner that, unfortunately, we’ve lost,” he added.

“Can we get someone to take his place? That’s the thing, to get someone of the same calibre.

“I always thought we could do with another established midfielder and right winger.

“Then we seem to have had terrible trouble with (the right wing) down through the years.

“John Mountney could do a job for a certain amount of time, but wouldn’t get the consistency in his game, and then he was plagued by injuries which didn’t help the chap either.”

Andy Boyle, Murphy anticipates, will be back to his best in the campaign to come, adding a strong layer of depth to The Lilywhites’ central defensive cohort, which includes captain Brian Gartland, who Boyle partnered successfully during his prior stint.

“Andy came in at a bad time last year, in the summer. You know as a footballer if you come in halfway through a season, when you’re that far behind the rest, it’s more or less catch-up if you can.

“Andy Boyle is a great asset to Dundalk and these days, you have to have double the options for every position. We have four great centre-halfs and Vinny Perth will have a bit of a headache picking them.”