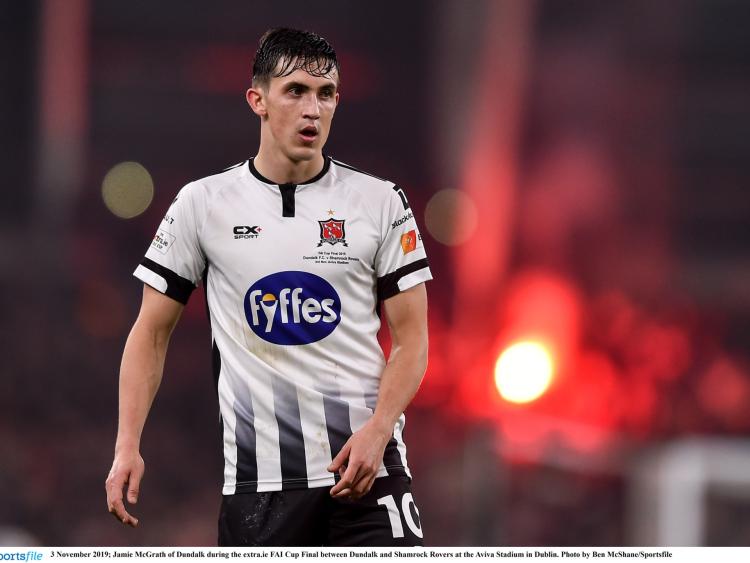 Jamie McGrath looks set to end his three-season stay with Dundalk FC and sign for a club in England. (Pic: Sportsfile)

The Athboy native, according to LMFM news, was weighing up several offers and wasn't present for the beginning of The Lilywhites' pre-season on Monday, with the Scottish Daily Record suggesting the 23-year-old's transfer to the Paisley is nearing a done deal.

Out of contract, McGrath's future has been the subject of much speculation over the winter months, with Dundalk head coach Vinny Perth confirming on a few occasions that the club were still in contact with the Ireland U21 international.

The former St. Patrick's Athletic player has won two SSE Airtricity League Premier Division crowns, the FAI Cup and a pair of EA SPORTS Cups in his time with the champions.