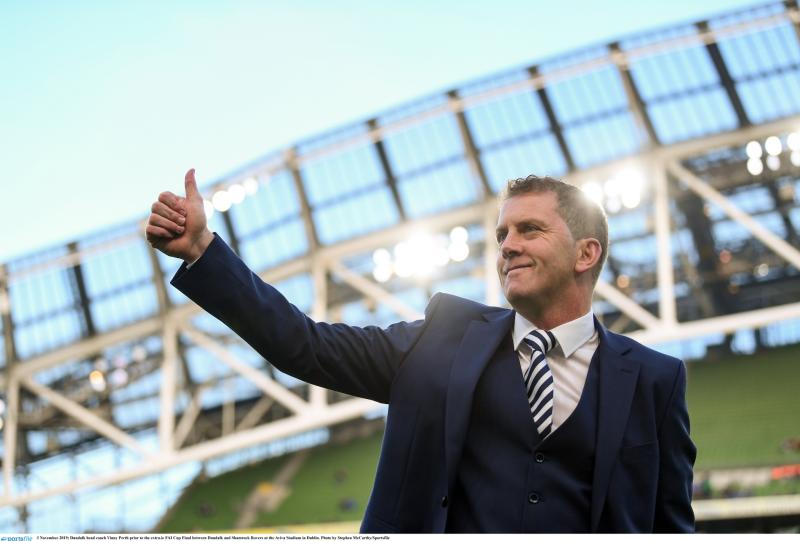 Tennessee Ernie Ford had a hit, probably his only one, with the folk song, Sixteen Tons. It was so far back that Louth had yet to win the 1957 All-Ireland. One of its lines goes: Another day older and deeper in debt.

It comes to mind as Inside Track’s 16th season is put to rest, the next, this one, just taking off. If I can paraphrase Tennessee: Another year older and deeper in debt. Older, yes, and most seriously in debt....to all who have helped make over 3,000 pieces possible since the first one appeared at the beginning of 2004.

Back then Stephen Kenny was looking after Bohemians, Jim Gavin was showing potential along the line, having guided Dublin U21s to an All-Ireland title the previous year, Aidan O’Brien had ONLY two wins in the Epsom Derby to his credit, and Rob Kearney had still to win his first full International cap. All of them, regulars on this page, have come a long way since.

For the greater part of those 16 years, IT’s content could only be read in print. Now, it’s online, available all over the world within minutes of Master Caoimhín tapping on a few keys. It’s open to question if it’s worthy of global exposure, or even local exposure, but that’s how it is. 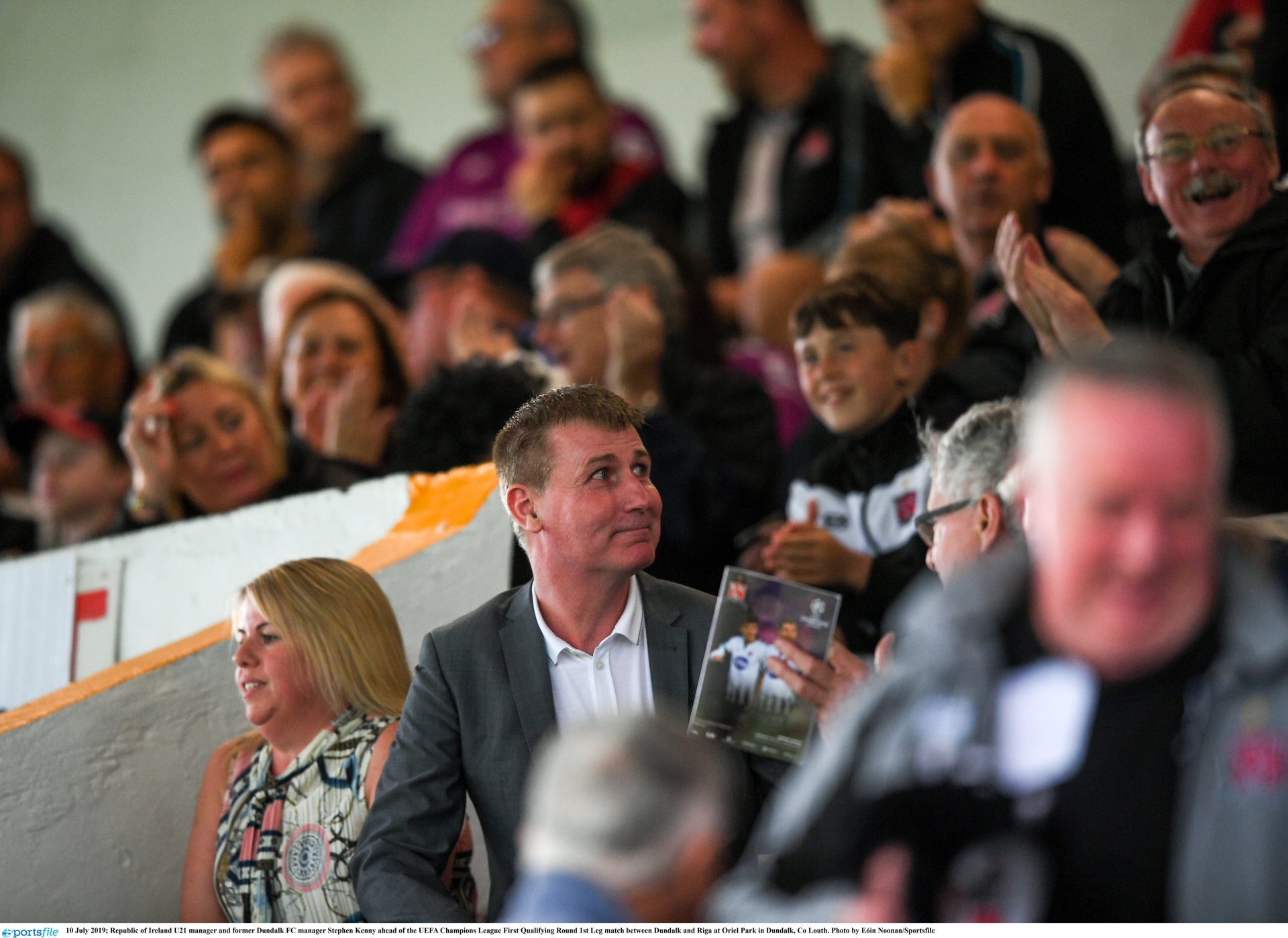 Every year has something to offer. Coming up in this one are all the usual annuals, hardy and otherwise. But there’s more, much, much more. Tokyo is hosting the Summer Olympics for the first time since 1964, soccer’s European Championship reaches its climax, and Pádraig Harrington goes from player to captain, guiding Europe’s fortunes in the Ryder Cup. Steve Stricker is looking after the USA side, and the set-to goes ahead at the Whistling Straits course.

(You can only love the names the Yanks give some of their courses. Look at these: Crooked Stick, The Quarry At La Quinta, Pacific Dunes, Shadow Creek, Whispering Pines, Arcadia Bluff, Friar’s Head. We could go on, but won’t.)

Crystal ball time, Inside Track putting its fragile reputation on the line.

Soccer
If Kevin De Bruyne stays clear of injury, he’ll be chosen the English League’s best player. He won’t win a Premier League title; that’s firmly earmarked for Anfield. But his Man City team should take the runner-up spot, and after that he has the European Championship to look forward to.

Inside Track has been in Belgium’s corner for the two most recent World Cups and each time got a good run, the 2018 campaign ending with the Walloons in third place. Big Vincent Kompany won’t be part of this year’s Euro challenge and with a bit of luck neither will Fellaini (Anyone know where Marouane is this weather?). But, hopefully, an on-fire De Bruyne will be there in full health, creating as well as scoring goals. The odds on Belgium winning out are slightly better than 5/1.

Is it possible familiarity will breed complacency at Oriel, or will the black-and-white machine once again take the well-worn path towards the victory podium? Winning has come easy to the likes of Gartland, Gannon, Rogers and the other long-servers; if boredom doesn’t set in – and why should it? – they, along with the new faces Vinny Perth plans to have about the place, should guarantee more good nights on the Carrick Road.

But was that November result at The Aviva a sign of things to come, a Shamrock Rovers return to the very top echelon?

Should the Hoops find themselves as far in front in the league as they were at an early stage last year, it’s unlikely they’ll relinquish as easily, if at all. 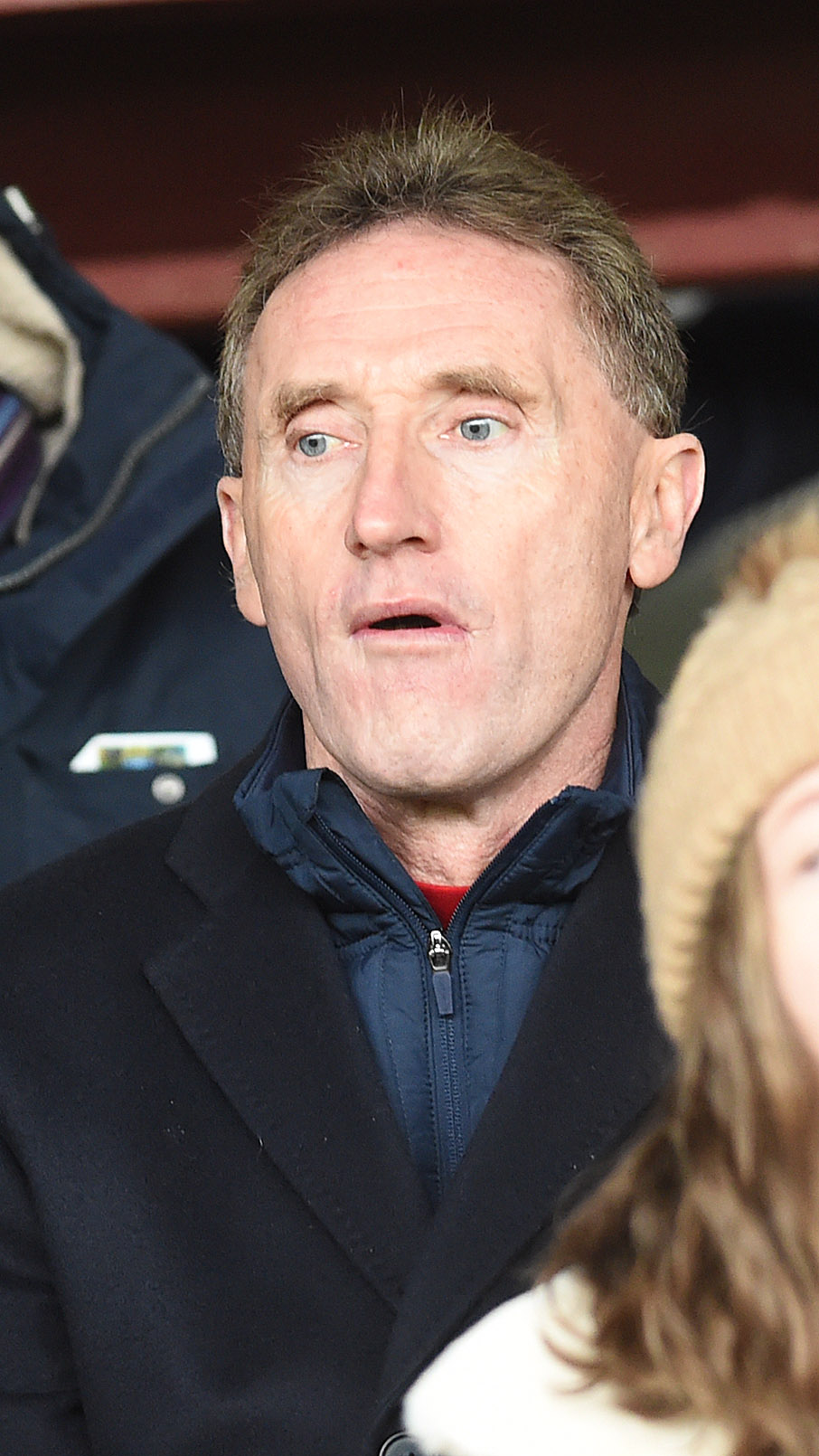 GAA
Passion dripped from Peter Fitzpatrick’s victory speech after he had been elected County Board chairman at the Louth convention, early last month. If his expectations are matched by results, then it can only be better for the county. If they fail, it won’t be for the lack of endeavour.

His election to the Board’s highest office gives writers and commentators another paragraph-opener. Already there are the “former county footballer”, “former county team manager”, “current TD”, “senior championship winner”, and “member of the county grounds committee”.

As he laid out his stall, Fitzer – there’s another one – turned towards the table behind which members of the media were seated. We want to work with you – or words those effect – he said, giving the impression that hacks, or at least some of them needed to be reeled in, that all of last year’s problems were caused by those whose job it is comment on Louth GAA affairs.

It’s history now – and, hopefully, will never be repeated – that about halfway through last year, two scribes were asked to leave a Co Board meeting. No reason was given for their dismissal – they were just told to go. Seven club representatives left in protest, but, incredibly, there was no further mention of what happened that night, or the reason for it, at subsequent meetings. But as the year petered out, reports that the Board was in turmoil, very little communication between its senior members, were rampant. It would seem there was a ‘Lone Ranger’, shooting from the hip.

Fitzpatrick promised openness and transparency. He has a comparatively new team around him; hopefully – that word again – what they have to offer will make things better. 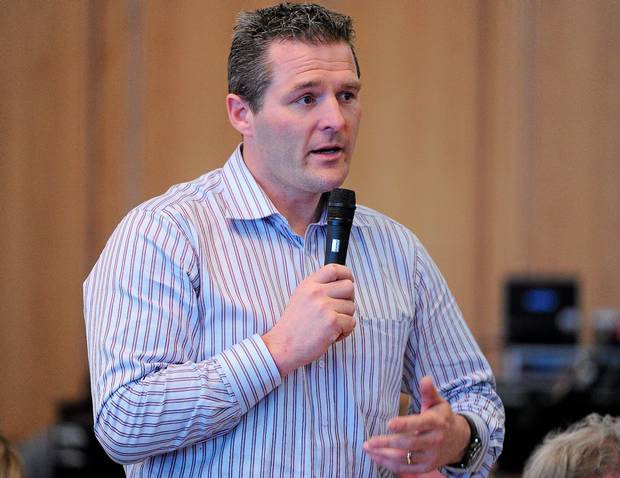 Let’s now look at the 2020 football fields. To begin with, next weekend Mattock Rangers will be attempting to become this county’s first team to reach an All-Ireland club final – and good luck to them. After that, when the season is at its height, Newtown Blues will go for the four-in-a-row, and St. Mochta’s will attempt to carry 2019 intermediate league form into all things senior.

By then Louth seniors, hopefully – again – will be a Division Two team, ready to make an impression in the championship.

Best bet: All scheduled Louth Co Board meetings to take place. Next best: Jarlath Burns to succeed John Horan as GAA president. Outsider: All of the new rules to find a permanent place on the statute book. Wild outsider: Dublin to be beaten in Leinster Championship.

Horse Racing
It could be that the O’Briens, father Aidan and sons, Joseph and Donnacha, will between them have about a thousand horses in training this year. Dad is long established and Joseph took only a short time to make an impression after changing from riding horses to preparing them. Donnacha – a former champion jockey, like his father, brother, and, yes, mother – is only months into the new ranks, working out of the former David Watchman stables. They’re betting on how long it will take him to turn out his first Grade One winner, and the odds aren’t big.

Never before has there been such domination in any sport, although when you see Gigginstown Stud – presided over by the aeroplane man, Michael O’Leary – winning 19 races over the Christmas period, you wonder if there is even wriggle room for the small operations in racing’s other branch, National Hunt.

Best bet: Aidan O’Brien to win at least one Classic. Next best: M O’Leary to change his mind, bringing his Gigginstown operation back to its former force. Outsider: ‘The History of Dundalk Stadium’ to be voted sports book of the year. 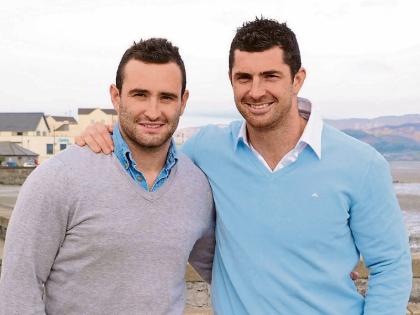 Rugby
Nothing would please Inside Track more than to see Rob Kearney become a centurion. A few more International caps would bring his total to 100, giving him membership of an Irish club that includes only Ronan O’Gara, Brian O’Driscoll, Paul O’Connell and John Hayes. Had injury not intervened he’d already be there.

Pre-Christmas selections had Dave Kearney included, but not his older brother. RK has overcome adversity in the past – don’t bet against him doing so again.

His ‘Cooley’ colleague, Devin Toner, wasn’t wanted for the World Cup, and while his inclusion might not have made a major difference, consensus is that Joe Schmidt – and whoever else was on the selection committee – got it wrong. Dev – not the first of that name to be called ‘The Long Fella’ – is proving a point in the Leinster jersey.

Best bet: The IRFU not to bail out the FAI, as the latter ponders where the next quids will come from, many of the millions it owes accumulated through the partnership it formed in the building of The Aviva. Next best: Leinster to go through the Pro 14 unbeaten. Outsider: Italy to win a game in the Six Nations. Wild outsider: Joe Schmidt to go back coaching in Mullingar, where he was based before moving through the ranks.

Olympics
Olympics: Hockey and golf, which, prior to the 2016 Rio Games, wouldn’t have had an Ireland representative, could, along with rowing, carry the country’s best chance of a medal this time.

Rowing was good in 1980 when Wilkins and Wilkinson won Silver for Ireland; the Donovan brothers and Annalise Murphy are the big players this time. Golf could have two British Open winners, Lowry and McIlroy, teaming up? Couldn’t be better, you’d imagine. The hockeyettes only need to get close to World Cup form to have a big chance of a rostrum finish.

The boxers, men and women, are nearly always there or thereabouts. Eight years ago, Katie Taylor had no peers, and Michael Conlon was robbed of a medal in Rio.