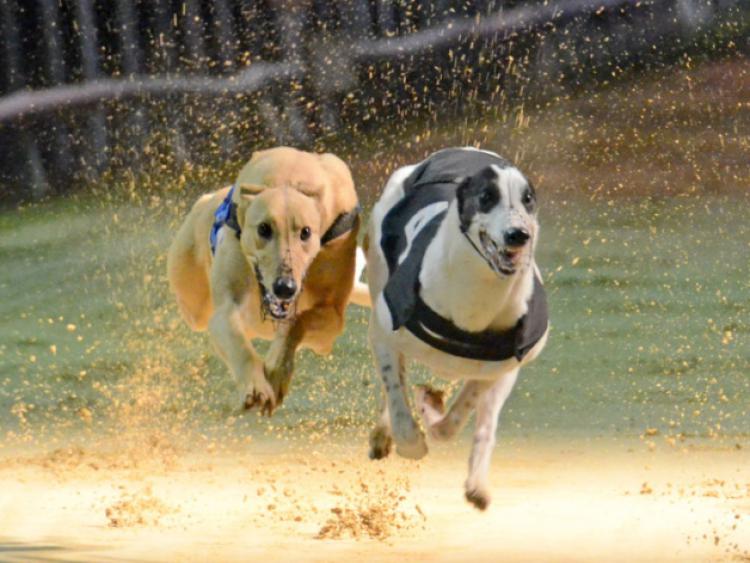 Tullymurry Pedro scored the widely-anticipated win in the second of the Lenny McKinney Greyhound Transporter 525 semi-finals at Dundalk Stadium on Saturday night, but there was a surprise in the opener, Deja Dancer failing narrowly to add to her impressive first round win.

Tullymurry Pedro scored the widely-anticipated win in the second of the Lenny McKinney Greyhound Transporter 525 semi-finals at Dundalk Stadium on Saturday night, but there was a surprise in the opener, Deja Dancer failing narrowly to add to her impressive first round win.

Running for the Damien Maginn’s Downpatrick kennel, which has made a fine start to the new season, Tullymurry Pedro had his job made easier through the absence of the Craig Kelly-trained Swift Iniesta, who had finished a close-up second to Deja Dancer the previous week.

The 2/5 chance wasn’t the fastest away, and as a result didn’t get the clearest of passages at the first turn. But once clear he opened up impressively, overhauling the fast-starting Sarasota Sally and then going clear to win by almost six lengths from the locally-based Sarasota in 29.36. Tinas Claire put in a big finish to take third.

A slow break followed by a buffeting at the first bend left Deja Dancer on the back foot after turning for the first time. But the Denis Farrelly-trained blue bood was soon on the tail of Mahogany Shiney, and when he went to the front at the third bend, favourite-backers felt confident.

There was, however, another run in Mahogany Shiney, and in the dash for the line, the Co Tyrone runners got back in front, edging out Deja in a photo. Winning time was 29.30, and third home was Margarets Ryan.

The final takes place this Saturday night, and it goes without saying really that Deja Dancer will have to leave the traps faster than she’s done in her career so far to have a chance.

In contrast, the other local runner, Sarasota Sally, is usually fast into her stride, and if again hitting the lids can cause a surprise.

The one they all have to beat, however, is Tullymurry Pedro, who runs the back straight faster than any of the finalists.

The 12-race card also featured the opening round of the Aidan McAllister Greyhound Transporter 400, and the one to catch the eye here was Ballymac Ullo, who, like two of the other heat-winners, Black Apache and Darfin King, was on his first Dowdallshill outing.

Class Pet’s win in the opening graded race was the second leg of weekend double for Colm Lawrence. Twenty-four hours earlier, the Blackrock-based Colm scored with Tullna Band, and what it all does for him is make for a brilliant start to the 2014 season. Each of the debut wins came over sprint distances.

Also on Friday night, Mystic Must gained compensation for a narrow defeat at the local coursing meeting over Christmas. Owned by youthful Knockbridge owner, Conor Hoey, the home-bred was on her first outing, and she ran well to win by almost five lengths.

Cooley Peninsula trainer, Peter Noone won with the Lisburn-owned Quintessential and on the following night sent out Gymstar Jumbo to score at Shelbourne Park for English owner, Eric Hughes.