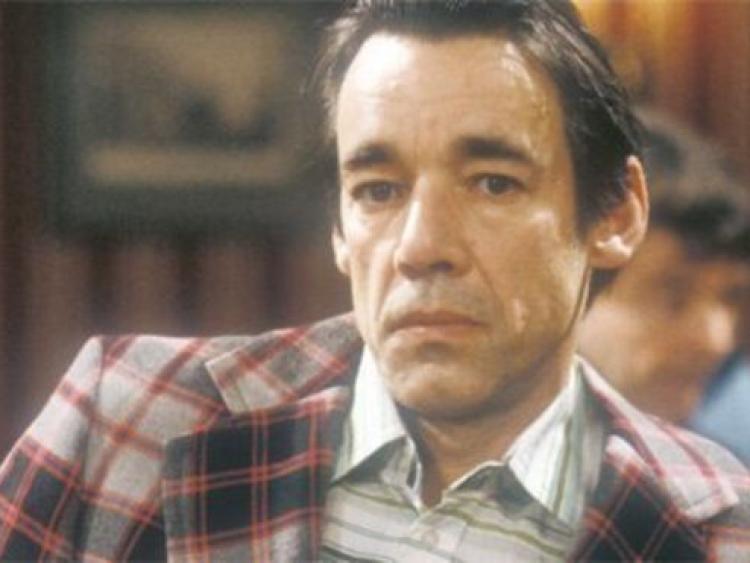 Roger Lloyd Pack played Trigger in Only Fools and Horses. One of his most famous scenes is of inherent local relevance as Louth GAA clubs prepare to elect the next executive.

Trigger’s reference to his broom’s years of service in Only Fools and Horses remains a timeless classic. Bar a few replacement heads and several handles over its time, “it’s the same”.

Louth GAA has had a few alterations over the past decade as well, albeit the status quo has remained. Like Trigger’s brush, a few new heads have come and served, but the bristle-clad wood has been recycled rather than fresh off the bandsaw.

It has become too much commonplace for the craftsman to indulge in short-termness, the jaded handle of the rake being substituted for the broken brush’s equivalent, as opposed to splashing out on a contemporary piece of bark.

Ultimately, selecting the handle is a choice. Funny that, because Louth GAA has a choice too, Monday night’s Convention being the stage for change, or potentially not.

Respective terms are inevitably going to come to an end. Des Halpenny has completed five years as chairman and his stepping aside is, thus, mandatory. The case is the same with Fra Kieran (secretary). Both are in the running for the others’ present position, with Kieran opposed by Peter Fitzpatrick, a completely fresh runner, and Declan Byrne, a long-standing member of the executive who has previously bid for the top job.

It would be premature, immature even, to call a winner of that rivalry, although it would seem that Fitzpatrick has the lion’s share of public support, given his past service to Louth GAA as both a player and manager, never mind his role in the stadium development and time spent as a TD.

Kieran has experience on his side and has worked well with clubs throughout his stint. He could be a good chairman, but much would depend on the identity of his elected secretary. Darver isn’t exactly a sanctuary of amicability at the moment and it hasn’t been for some time, with the sitting chairman’s relationship with several executive members strained to points of bare return.

This includes Kieran, who is known to have a positive working rapport with the other contender for the secretary’s chair, Bob Doheny. For what it’s worth, the latter is believed to be willing to liaise happily alongside any of the three competing for Louth GAA’s most influential position. Indeed, Doheny and Byrne, who knows the ins and outs of County Board affairs like the back of his hand, enjoy a friendship which extends beyond the realms of domestic Gaelic games.

So there are six possible alliances, with some appearing to be more suitable to the situation the county finds itself in than others. This crucial selection responsibility lies with the clubs. Delegates must make the bed in which their clubs will sleep for up to the next five years.

Another combat involves the incumbent Paddy McMahon and Seán McClean (Hunterstown Rovers) who are vying for the vice-chairman’s void. Here, it could be a case of familiarity winning out, with McMahon a hugely recognisable figure within Louth GAA following decades of service and a steep knowledge of fundraising - an ability which shouldn’t be ignored given the county’s present financial predicament.

McClean is an optimistic candidate, however, and there is always an element of attractiveness related to the unknown. How successful he is at making himself distinguishable over the foreseeable future could determine how close the vote is.

Likewise with PRO Frieda Halpenny (John Mitchel’s), who is opposed by Mark Byrne of Naomh Máirtín. How much of an impact will the lack of visible social media support for the Wee County Double House draw have on the sitting officer’s hopes of re-election?

The other positions are only minor in comparison to the ones under the spotlight above, with Pat Toner’s Central Council place looking increasingly secure.

On the motions’ front, Sean McDermotts’ proposal for group teams to enter the senior championship may gain traction, but perhaps not enough in spite of it being an improvement on last year’s Westerns/Glyde Rangers attempt to have an additional championship added to the calendar.

League fixtures will also pervade the agenda and it’s looking likely that there will be as many as 16 games played in Divisions One and Two next year, should the proposal for a ‘split’, which would see the top and bottom half teams play each other following the formal 11 rounds, get the support it’s anticipated it should.

Meanwhile, Newtown Blues, it’s understood, are sending forth a motion in relation to the minor/U20 age group. What entirely that entails will be explained on the night.

It, like quite a few other inputs, may be swept under the carpet, or possibly even get brushing approval?

Regardless, the broom is the most important issue.