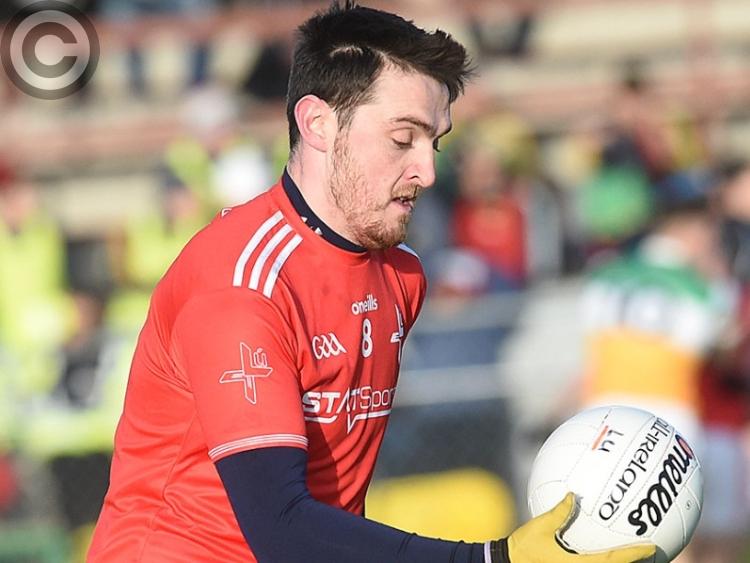 Drogheda has become an increasingly barren hunting ground for Louth and another defeat was added to the list at the weekend as Offaly departed The Gaelic Grounds with the spoils comfortably tucked away.

Saturday’s six-point loss was The Wee County’s ninth defeat from 11 fixtures at the North Road venue, a period covering four seasons and three managers. The only victory during the spell in question came in the 2019 National League against Sligo, while a subsequent draw with Westmeath wasn’t enough to propel The Reds to promotion last April.

The latter are the next visitors to Louth in the new year, where a place in the semi-finals of the O’Byrne Cup will potentially be up for grabs, ahead of a tricky looking league campaign that includes four home outings. It’s clear that if the dour Drogheda pattern continues Wayne Kierans will have his work cut out to keep his side from hovering above the drop door.

Offaly are one of the sides set to visit the O’Raghallaigh’s amid the upcoming programme. Indeed, The Faithful are an opponent who Louth will be targeting for the points required to consolidate, before thoughts of a top-two spot can come into focus.

But while Saturday’s reverse was disappointing, especially on the back of the victory in Navan six days previously, it’s not worth reading into the result too much. Offaly have clearly enjoyed a productive winter of conditioning and always looked the part in brutally cold conditions.

Louth, on the other hand, were poor, but they will undoubtedly improve, with experienced men like Bevan Duffy, James Califf, Conor Grimes and Ryan Burns among those set to return. The newcomers will continue to grow in stature, too, Seán Murray having become the 10th debutant in consecutive outings on Saturday, while the strong displays of Liam Jackson and Andrew Mooney, for the second matches running, bodes well.

Ultimately, grumbling about the Louth performance would be futile, particularly when only pre-season silverware is at stake, but it certainly was multiple levels down on the Meath exercise. There was a crispness lacking and the play was too often of a lateral flavour as Offaly’s defence repelled several attacks quite easily.

John Maughan’s charges, meanwhile, penetrated far more effectively and had it not been for some wayward shooting into the breeze during the opening half, would have departed with a deserved half-time advantage.

As it transpired, in spite of having just two first half scorers, with four of Declan Byrne’s five points coming from frees, Louth retired level at 0-6 each. Ciarán Downey offered an evident bit of quality when introduced for the injured Tommy Durnin and the Newtown Blues man kicked the fifth of The Reds’ points.

Buoyed by their late rally, a Downey register had Louth in front for the first and only time within a minute of the second half getting underway. But the dawn was false and by the time the home outfit next got on target, when Sam Mulroy’s persistence resulted in a goal, The Wee County were well adrift, the winners having shot 1-5 to no-reply, Anton Sullivan’s rasping drive bolting past Craig Lynch not long into the second half.

Now five in arrears, one floated with the idea of a tight finish. Yet Offaly surged clear with the impressive Cian Farrell scoring 0-3 after coming in off the line.

‘Newbridge or Nowhere,’ we heard. More like ‘Anywhere but Drogheda’.