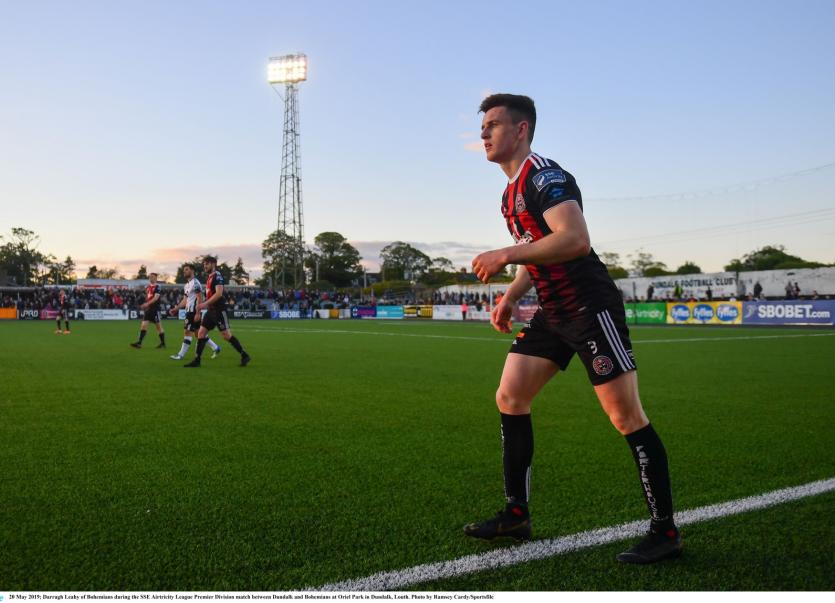 Even though the launch of the new Dundalk FC home shirt was a busy one, a largely uneventful Christmas is expected to be had at Oriel Park as far as any potential new additions to the squad goes.

Vinny Perth insists that the “icing on the cake” may have to wait until the new year, but the Dundalk head coach is far from panicking and is satisfied with a squad that he describes as “very close to full.”

Perth, along with first-team players Brian Gartland, Seán Hoare and John Mountney, took time out at Saturday morning’s launch of the Umbro-designed home shirt and newly refurbished club shop at Oriel to take photographs as well as sign priceless autographs for their adoring young supporters.

“It’s been a really, really busy day,” a bounteous Perth told The Democrat at the launch. 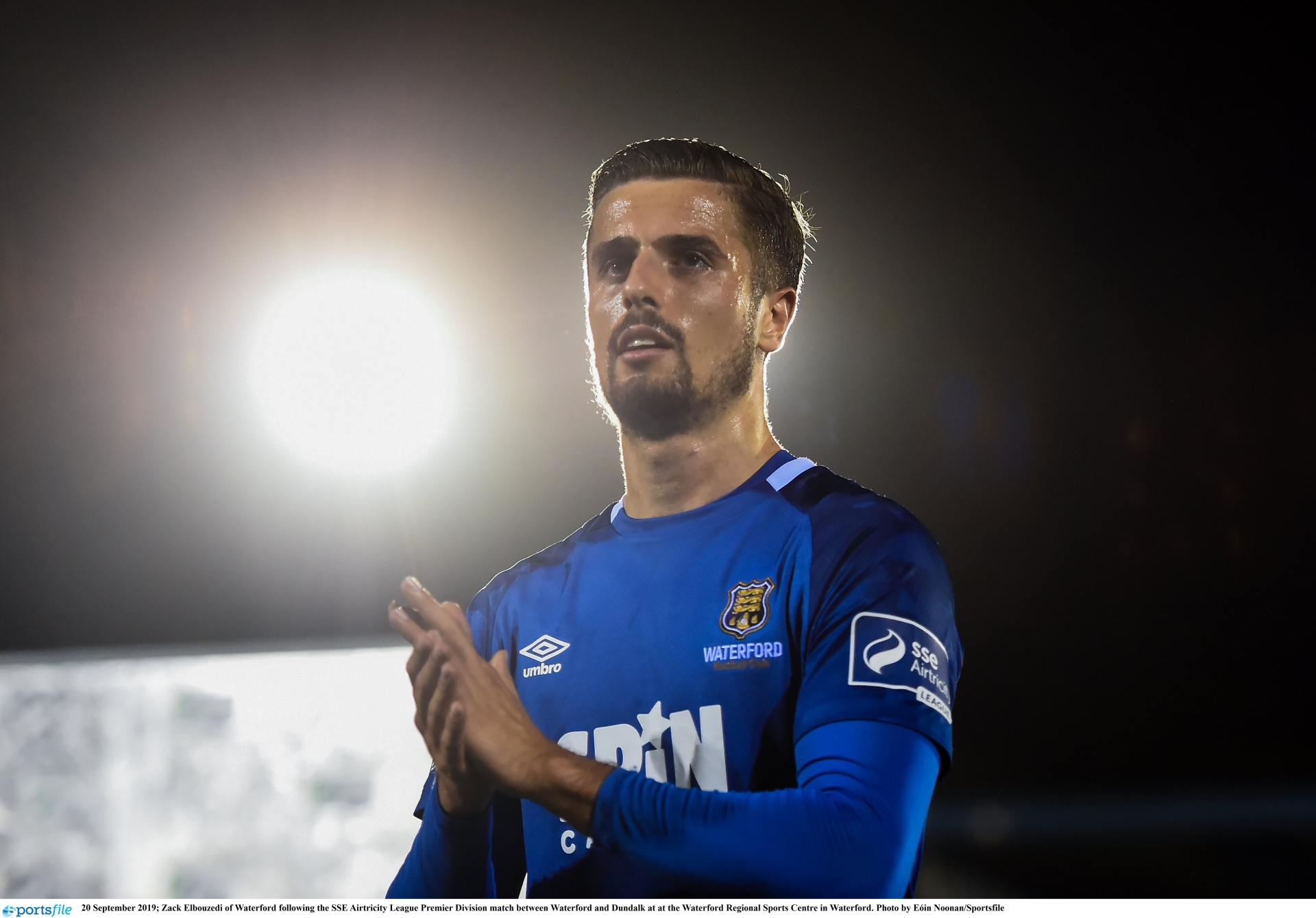 “We’re very much a community-based club. We’re champions of Ireland; we should say that loud and proud. There’s five domestic trophies and we own four of them at the moment and a little bit of hurt over one, but that’s what drives you. We’ll set about having a good Christmas, you’ll see the players around town a lot over the next three or four weeks now that their holidays are over, so this is our chance to thank people around town. We do it as one club and I think we have done that this year. There’s been a huge connection between certainly myself, the players and the supporters.”

The season may have finished just over three weeks ago, but the League of Ireland champions have already begun initial preparations for the 2020 campaign before pre-season training commences in January.

“There’ll be a little bit of testing done just before Christmas. Basically, it’s around January 5 when the players are back (for training), but a huge amount of work goes on now in clusters.

“The lads would have met three or four times this week in groups and the staff would meet them in different places. Graham Norton, our strength and conditioning coach, has now met them all at this stage and they’ve all done one-on-one sessions and they’re set out on their plans. They’ve had two or three weeks where they let their body just basically stop and then they get going again, so it’s very light work but at the same time, there’s a lot of injury prevention work going on at the moment.” 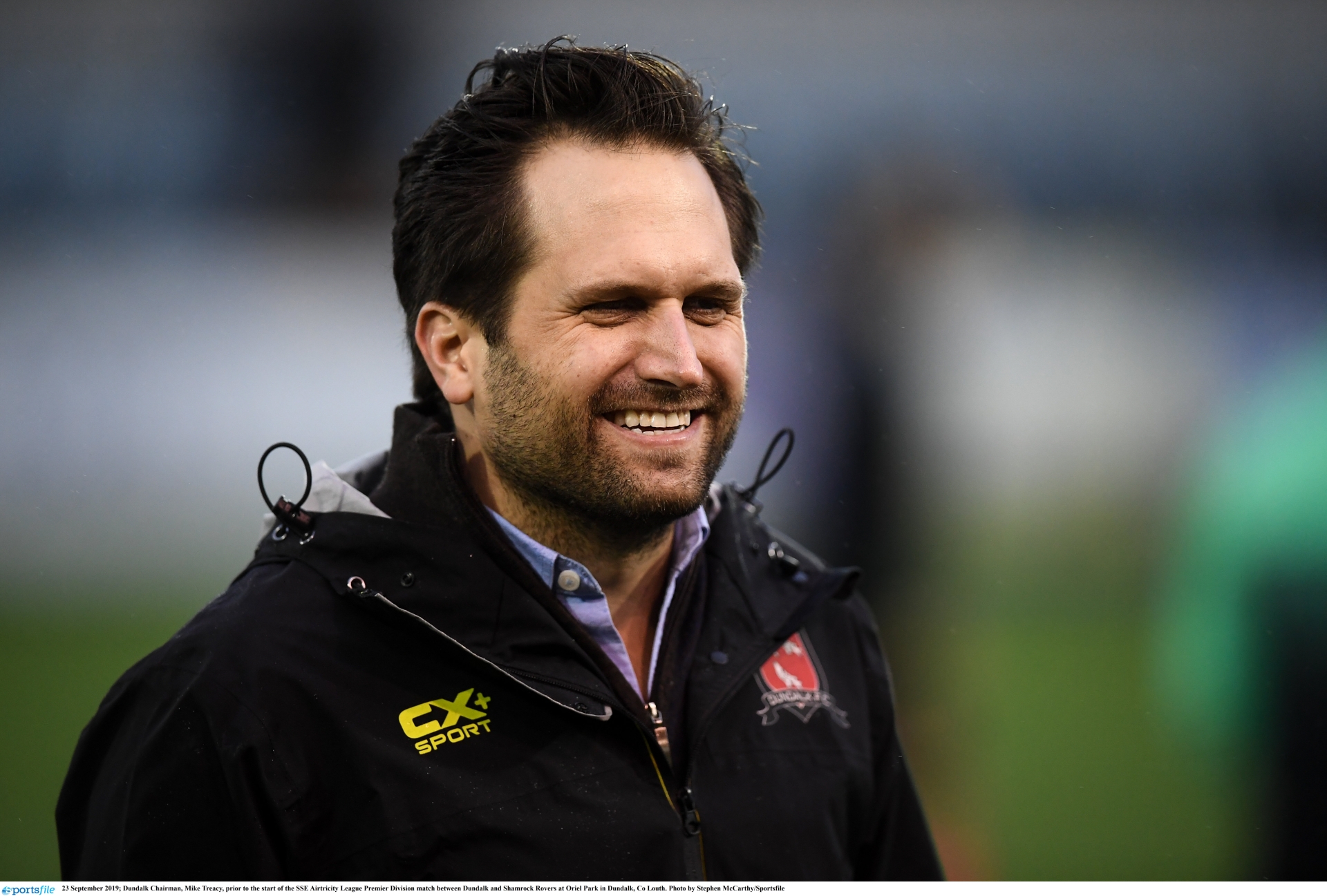 As a whole, Dundalk’s new home shirt has been negatively received by the general public, with over 200 people signing an online petition to have the shirt’s design changed, but to no avail. Another thing that’s not expected to change before the turn of the year is the make-up of Perth’s playing squad, and Greg Sloggett and Will Patching are likely to be the last two signings of the calendar year.

“We’re very close to a full squad, we’ve got to get a little bit of icing on the cake and we’re very close with a lot of players. Myself and Mike Treacy are constantly working on that, but nothing is imminent at the moment, but there doesn’t need to be because we’re in a very strong position. As I said, we’re looking for a bit of icing on the cake and give the current squad a little hand to go again.

“I’m very happy with the business we’ve done already in terms of Sloggett and Patching – they’re real examples of young, hungry and fit players that will make a big difference for us. We’re very confident that so far, we’ve done good business. I like to be under the radar, slow and steady, and it’s ticking away nicely, this squad.”

To cover for Dean Jarvis’ expected departure from the club being confirmed this week, an agreement over compensation for Bohemians left-back Darragh Leahy is understood to be close. Leahy is out-of-contract, but a compensation fee still needs to be agreed with Bohs given that the Republic of Ireland U21 left-back is under the age of 23. The same applies to his international team-mate Zach Elbouzedi, though a deal for the Waterford man, whose stock is continuously rising, is believed to be far less straight-forward amid interest from Shamrock Rovers and English-based clubs.