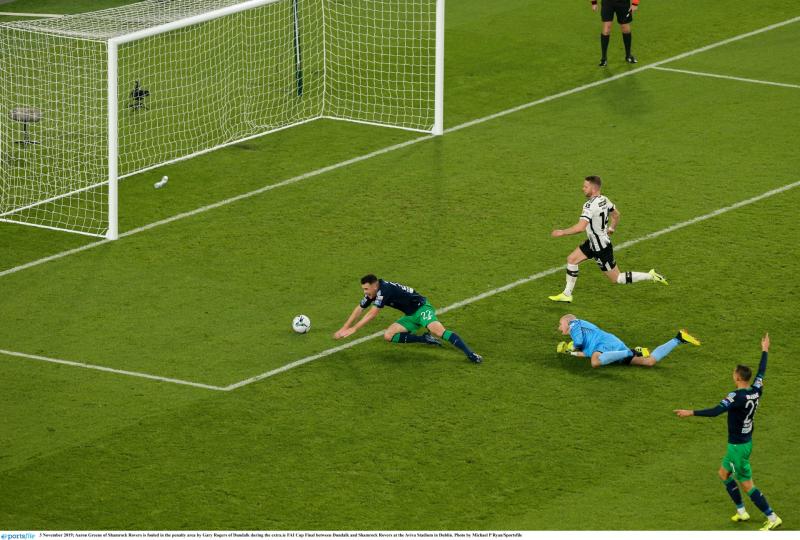 The records will show that Dundalk lost Sunday’s Cup final with Shamrock Rovers in a penalty shootout. But was it before then that it was given away, the dream of the treble coming to Oriel for the first time?

There couldn’t have been a more dramatic end to the 90 minutes, Rovers scoring from the spot and then Michael Duffy – as he’s done so often this season, most recently against Sligo Rovers – coming up with a wonder goal.

Rovers were visibly shattered going out for extra-time; their pockets had just been picked. The momentum was clearly with Dundalk – kick on, don’t sit back. And that’s what it seemed was happening. Legs that looked weary coming towards the end of regulation time began to run faster. But not for long.

After that the Lilies took on the appearance of a team happy to run down the clock, wait until it came time to the penalties. No need for heroics. Rovers were happy to accommodate them. They, too, seemed content to wait and take their chances in the one-to-ones. 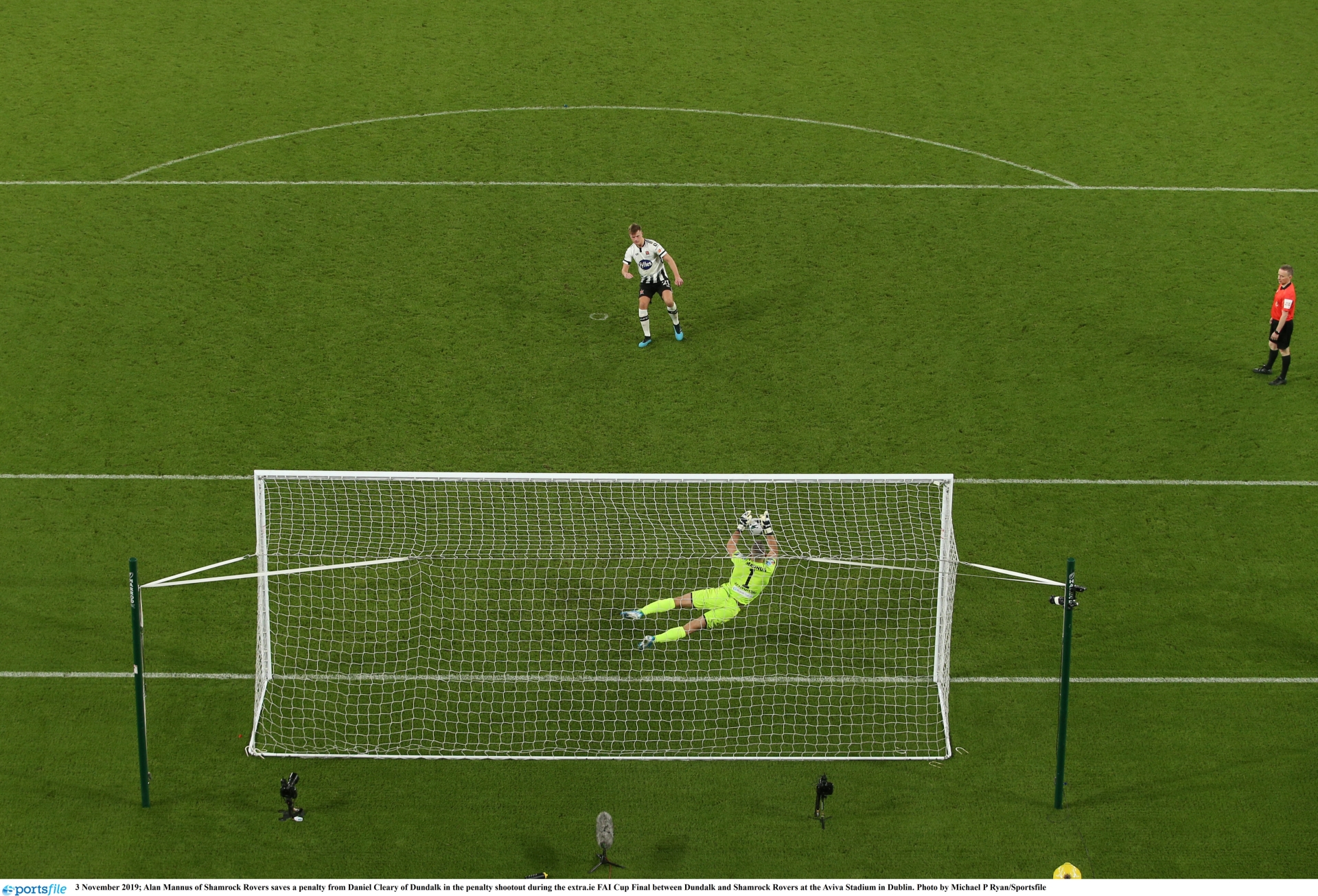 That said, had Georgie Kelly’s shot from inside the box with extra-time almost up been just an inch or two further away from Alan Mannus in the Rovers’ goal the trophy would now be doing the rounds in Dundalk and not resting in Tallaght.

Memories of Dalymount Park 1958 were revived when Aaron McEneff stepped up to take the 90th minute penalty, awarded against Gary Rogers. Dundalk were a Hubie Gannon goal up in the final of 61 years ago when Rovers were awarded a spot-kick. Liam Hennessy’s effort went wide of Ted McNeill’s post and Dundalk won 1-0.

McEneff got it right, but with the green-and-white flags fluttering, getting ready to acclaim Rovers’ first win since 1987, Duffy dug deep into his bag of specials. No-one has scored better goals this season.

But the day wouldn’t end well for the Derryman. When presented with an easier task in the penalty shootout, he struck the crossbar. That was the beginning of the end of Dundalk’s attempt to win back-to-back Cups for the first time ever.

Though Rogers guessed right for each of Rovers’ four attempts he couldn’t stop the ball from going in.

This was the 10th final to be played at The Aviva and the seventh time there’s been extra-time. Four of the seven decisions came after a shootout. A good way to decide it? What’s wrong with bringing back the sides if they are level at the end of extra-time?

Cork City were Dundalk’s most serious opponents in recent years, but have now lost their way. Shamrock Rovers were being cheered home as league winners early on this season when they went 13 points clear, but ended a long way off in the finish. This win will be a tremendous boost to them going forward, as important as the €2 million financier, Dermot Desmond, is said to be ploughing into the Tallaght club.

As they shape up to what will undoubtedly be their biggest challengers, what Dundalk needs most of all is loyalty from their players and solid backing from the club’s owners.