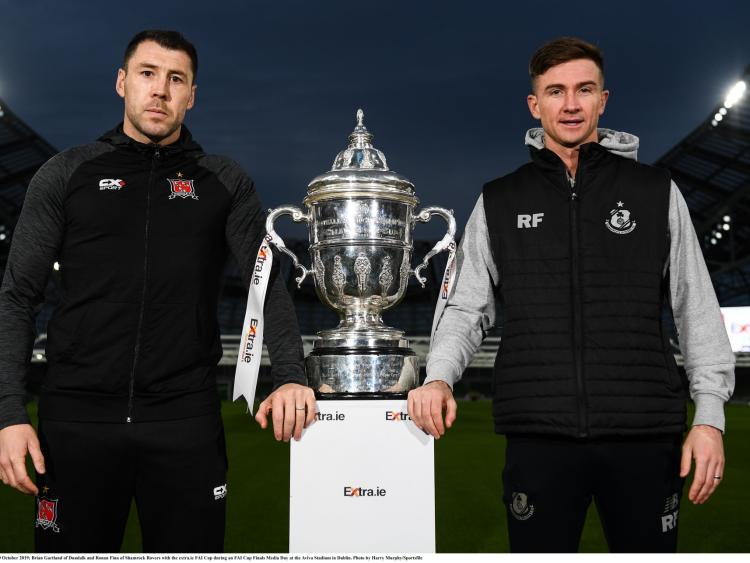 MARK MCCADDEN Irish Daily Star
Type of Game: I expect it to be cagey, a really tight affair with so much at stake for both sides - a treble for Dundalk and the end of a 32-year drought for Rovers. And that’s why I see Byrne and Duffy being key.

Verdict: Haven’t Dundalk won enough over the past five years? This is Rovers’ fourth FAI Cup final since they last won the competition so, with apologies to the readership, I’m tipping the Hoops to finally break the curse. 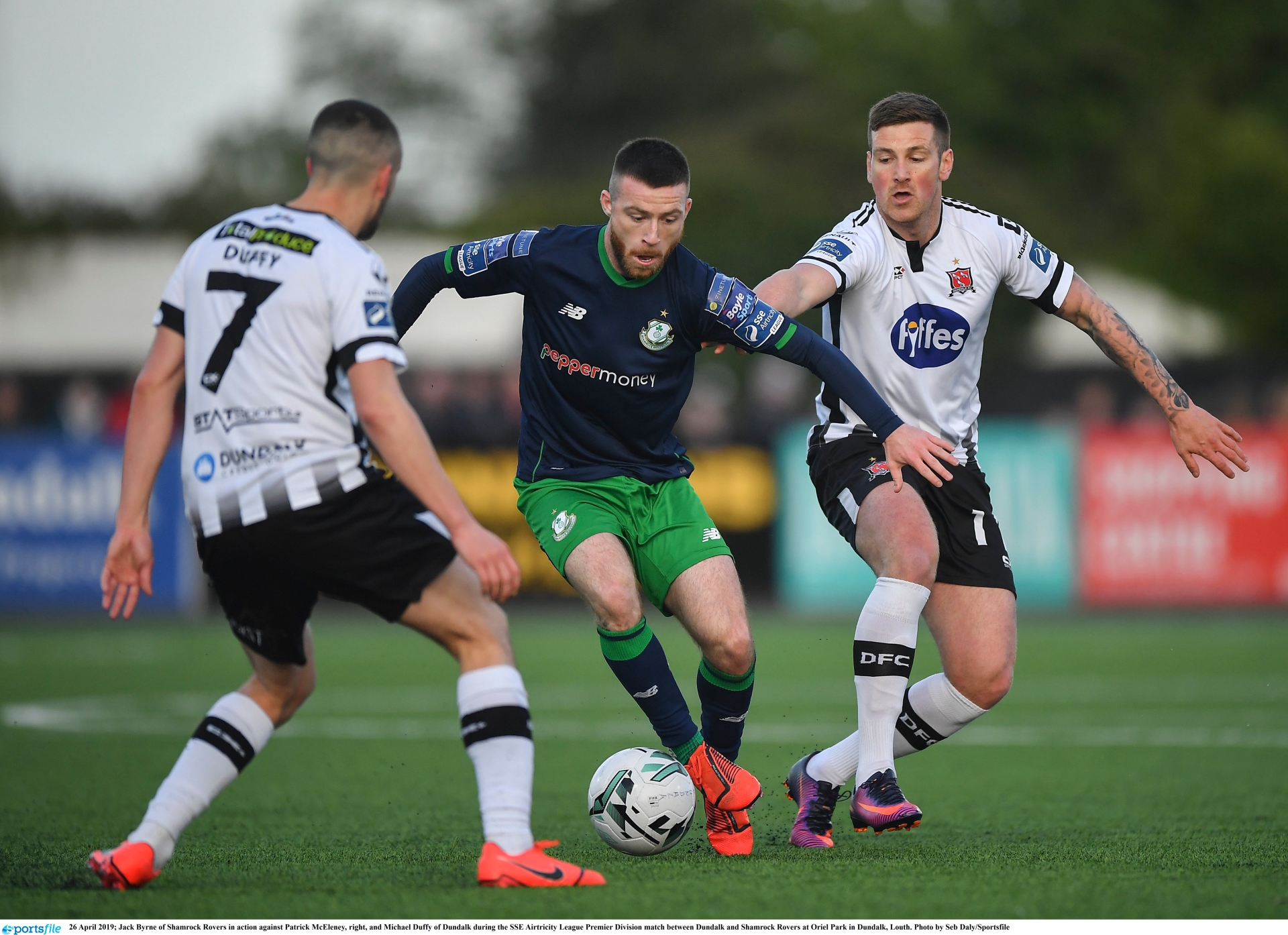 JESSICA FARRY Sligo Champion
Type of Game: Like the last number of finals, I’d expect it to be a cagey affair, not quite as cagey as finals involving Cork but it will be a tight game.

Verdict: A Dundalk win in extra-time.

Scoreline: 1-0 to The Lilywhites.

KEVIN MCLAUGHLIN Derry Journal
Type of Game: I’m expecting and hoping it’s a superb game. I think from a neutral’s point of view we need an early goal and if we get that then it could be a classic.

Verdict: Heart says Shamrock Rovers (as I want them to deny Dundalk the treble, so Derry City remain the only League of Ireland club to have done it) but head says Dundalk, as they have too many big game players who have been there and done it. 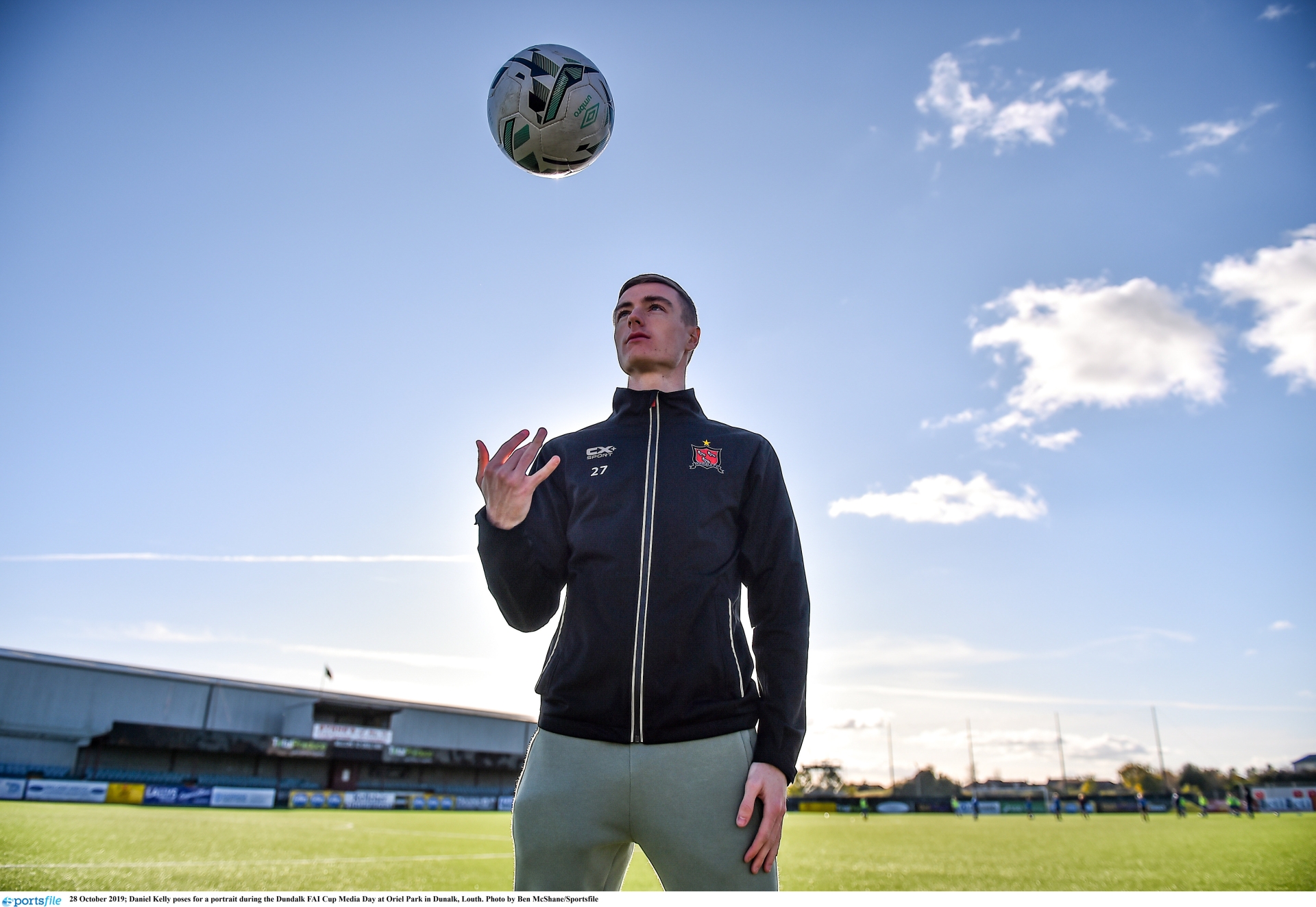 OWEN COWZER Irish Sun
Type of Game: There is so much riding on it for both sides. I can’t see either team taking many risks. It will likely be similar to the early-season draws of the last two years than the open and attacking meeting in September.

Verdict: Dundalk are unbeaten against Shamrock Rovers this season and have the experience of cup finals. That should be enough to see them home.

DENIESE O’FLAHERTY Longford Leader
Type of Game: It’s a huge game for both sides but for two different reasons. Rovers going for their 25th title and first since 1987. Dundalk hoping to complete the domestic treble for the first time in the club’s history. The opening minutes will be cagey. It will be a tight game but both sides have players who can light up a big game.

Verdict: Dundalk are competing in their fifth FAI Cup final in a row; a huge achievement. They have experience of big games and know how to win them. 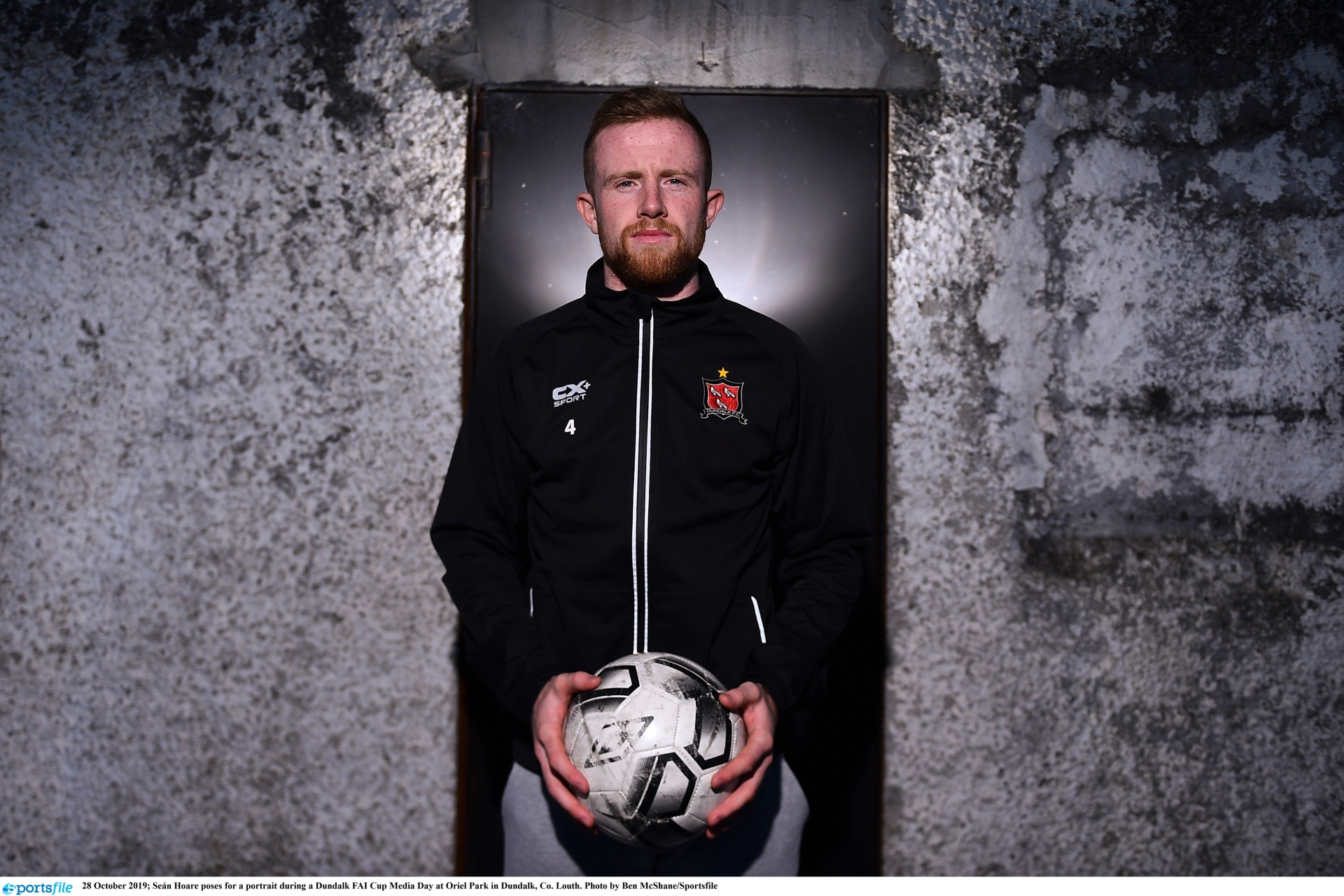 PAUL BUTTNER Freelancer
Type of Game: I’d like to think it will live up to the expectation of a showpiece finale to the season with an open, attacking game of football both sides are capable of delivering before what will hopefully be a new record attendance.

Verdict: I have an inkling that Rovers will bury the hoodoo of their 32-year wait to finally lift the Blue Riband again… and end their journey for that drive for 25 cup wins.

JOHN O’SHEA The Echo, Cork
Type of Game: In my opinion it should be a closely contested affair. You have the best two teams in the country this year going up against one another, so the tactical battles should be an intriguing watch.

Verdict: Think this will be a tight battle and there will be little between the two teams. My narrow vote will just about go to Dundalk because of the knowhow and experience of their players for these Aviva Stadium days.

SHANE KEEGAN Columnist
Type of Game: With Dundalk looking to do the treble and Rovers not wanting to finish the season trophyless, both teams will be desperate to win the game. I think this will lead to a cagey affair. I can see both sides having quite a bit of sterile possession in their own half but space will be at a premium in the attacking half of the field and goal scoring chances will be few and far between.

Verdict: Despite Dundalk being having much the better of the results between the two this season, I think the importance of the occasion will act as a leveller. I can see it going all the way to penalties where the experience of the EA Cup final shootout victory over Derry could stand to them. Having just signed a new contract, I think Gary Rogers could well be the hero of the day. 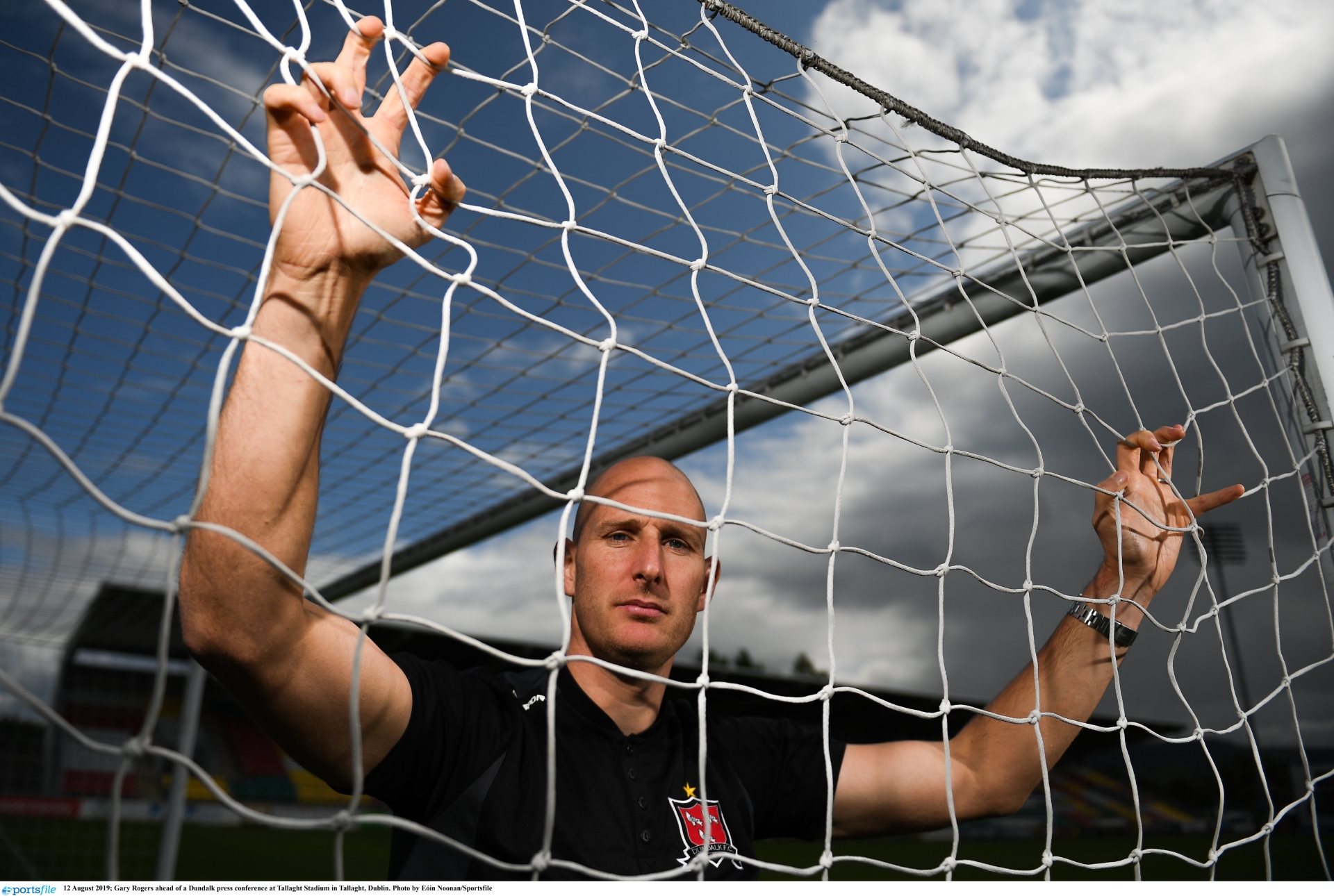 ADRIAN EAMES Commentator, RTÉ
Type of Game: It has the potential to be a cracker, but it’s probably going to be a lot more cagey than many people expect. For the neutral, an early goal would be good as the game would surely open up.

Verdict: Six of the last nine FAI Cup finals have required extra-time. I’ve a hunch that this one will be settled over 90 mins and I’m tipping Dundalk to win. After a shaky start in the league, they cantered to the title. I've been impressed with their mental toughness and their capacity to grind out results as was evident in the semi-final win over Sligo Rovers.

PAUL FENNESSY The42.ie
Type of Game: Both sides like to play in an attractive manner and keep the ball on the ground for the most part, so I’d expect it to be a good watch. I’m not sure it’ll be as open as the 3-2 game the last time the sides met in Oriel. That was a bit of an anomaly, with just one goal from the two league games in Tallaght this year. Including extra-time, there have been just seven goals in the last four FAI Cup finals, and I expect this game to be similarly tense and tight.

Verdict: I don’t think there’s too much difference between the teams in terms of ability, but I expect Dundalk to prevail narrowly. So many of their players are highly familiar with these type of occasions and I just think they have a mental edge over Rovers, as emphasised by the fact that they have won three and drawn one of their previous four encounters this season.

COLM KINSELLA Limerick Leader
Type of Game: Three of the four Premier Division meetings between the sides this season have been decided by a single goal, but Dundalk have managed to win all three. The FAI Cup final should again be close, but on the Aviva Stadium’s vast pitch expect the decider to be an entertaining affair with a sprinkling of goals.

Verdict: Treble-chasing Dundalk are appearing in their fifth successive FAI Cup final this weekend and that has to count for something. Already having secured a fifth Premier Division title in six seasons as well as the EA Sports Cup, the ultra-consistent and experienced Oriel Park squad can cap off a magnificent 2019 for the club by lifting the FAI Cup at the Aviva Stadium.

Scoreline: I would expect both sides to score, so Dundalk to edge the Hoops 2-1 in an entertaining final. 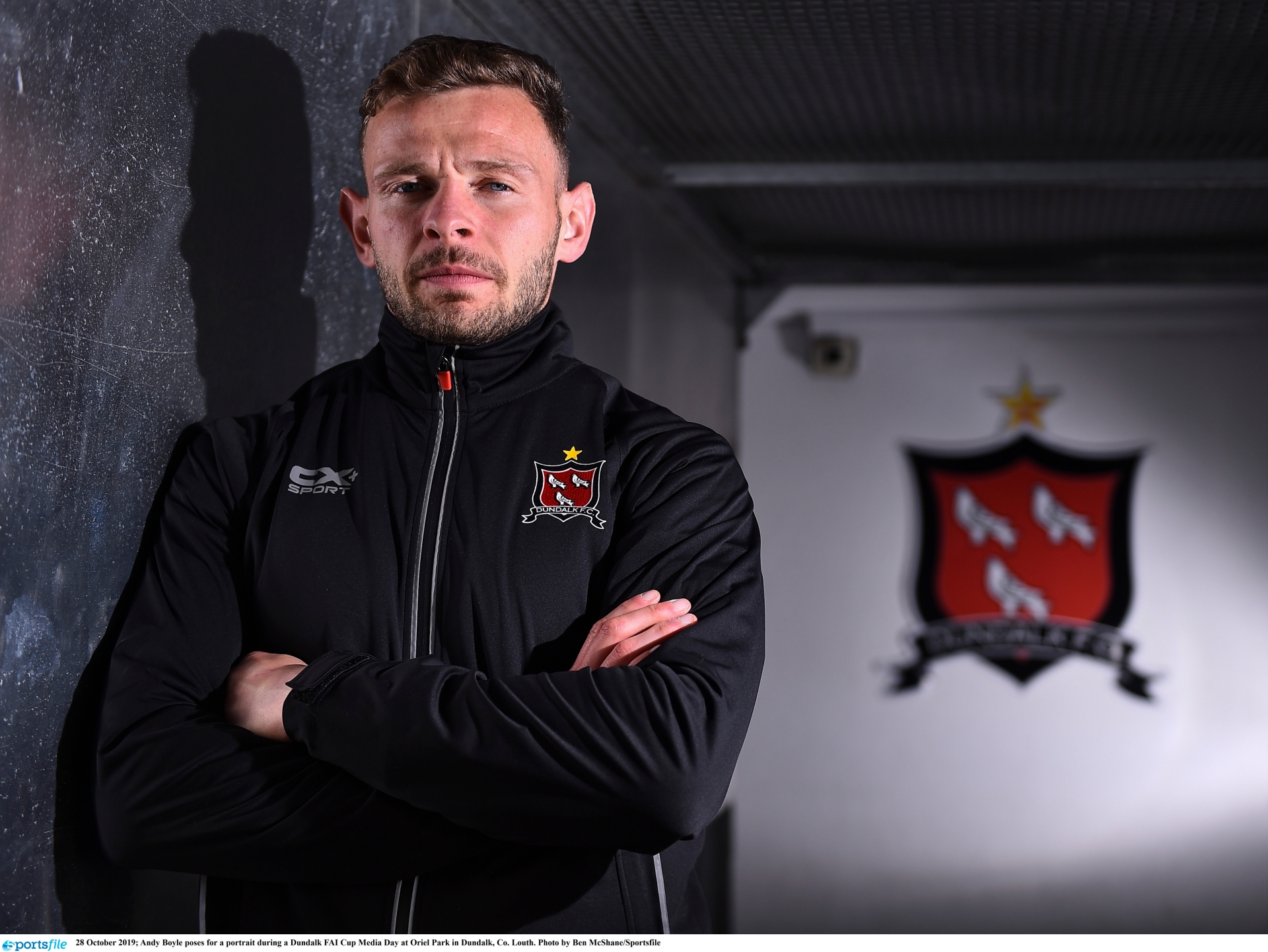 AARON GALLAGHER The42.ie
Type of Game: The large playing surface at the Aviva Stadium will be a big asset to Shamrock Rovers, what with the millions of excellent midfielders at their disposal.

Players like Ronan Finn, Aaron McEneff, Jack Byrne, Greg Bolger and Gary O’Neill will thrive on the immaculate playing surface. Dundalk know Lansdowne Road like the back of their hand, though. This will be the Lilywhites’ fifth consecutive FAI Cup final appearance and the level of experience Vinny Perth’s squad has in this fixture and at this stadium will be a massive asset.

Cup finals are, to use the oldest cliché in the book, always very tight, scrappy affairs. These sides have the best two defensive records in Irish football this season, so sadly I don’t expect it to be a goal-laden exhibition. With the blessing of their managers, both these sides play attacking, attractive football, so I am expecting a high-quality game, if a low-scoring one.

I anticipate Shamrock Rovers to be much bolder and daring than Cork City have been in recent FAI Cup finals. Stephen Bradley will be telling his players they are a match for Dundalk, therefore I do expect this to a thrilling affair between two top quality sides.

Verdict: Shamrock Rovers versus Dundalk has been an excellent fixture these last couple of seasons, but it has been largely one-sided. Since they met in the 2017 EA Sports Cup final in Tallaght (a 3-0 win for Dundalk), the Lilywhites have lost just one of their 10 last meetings, winning six of them.

Much like the last four FAI Cup finals between Dundalk and Cork City, I expect this to be a very close affair. It will be a fantastic occasion seeing the best two clubs in this country battle it out in front of (hopefully) a record crowd of close to 40,000. Rovers are more than capable of putting it up to Dundalk — vying to end their 32-year cup hoodoo.

But I do expect Dundalk’s experience in this fixture, their near-impeccable form all season and the incredible depth of quality in their squad to get the job done and complete the treble.

ANDREW CUNNEEN LOI Freelancer
Type of Game: I suspect it will be cagey early doors as the pressure on Shamrock Rovers will be enormous.

Verdict: Dundalk’s experience against Rovers’ flamboyance makes this cup final the one we’ve all wanted, especially given Cork’s indifference to playing football in these games to date. I fancy Dundalk to win by the odd goal, as experience comes into play during the late stages. 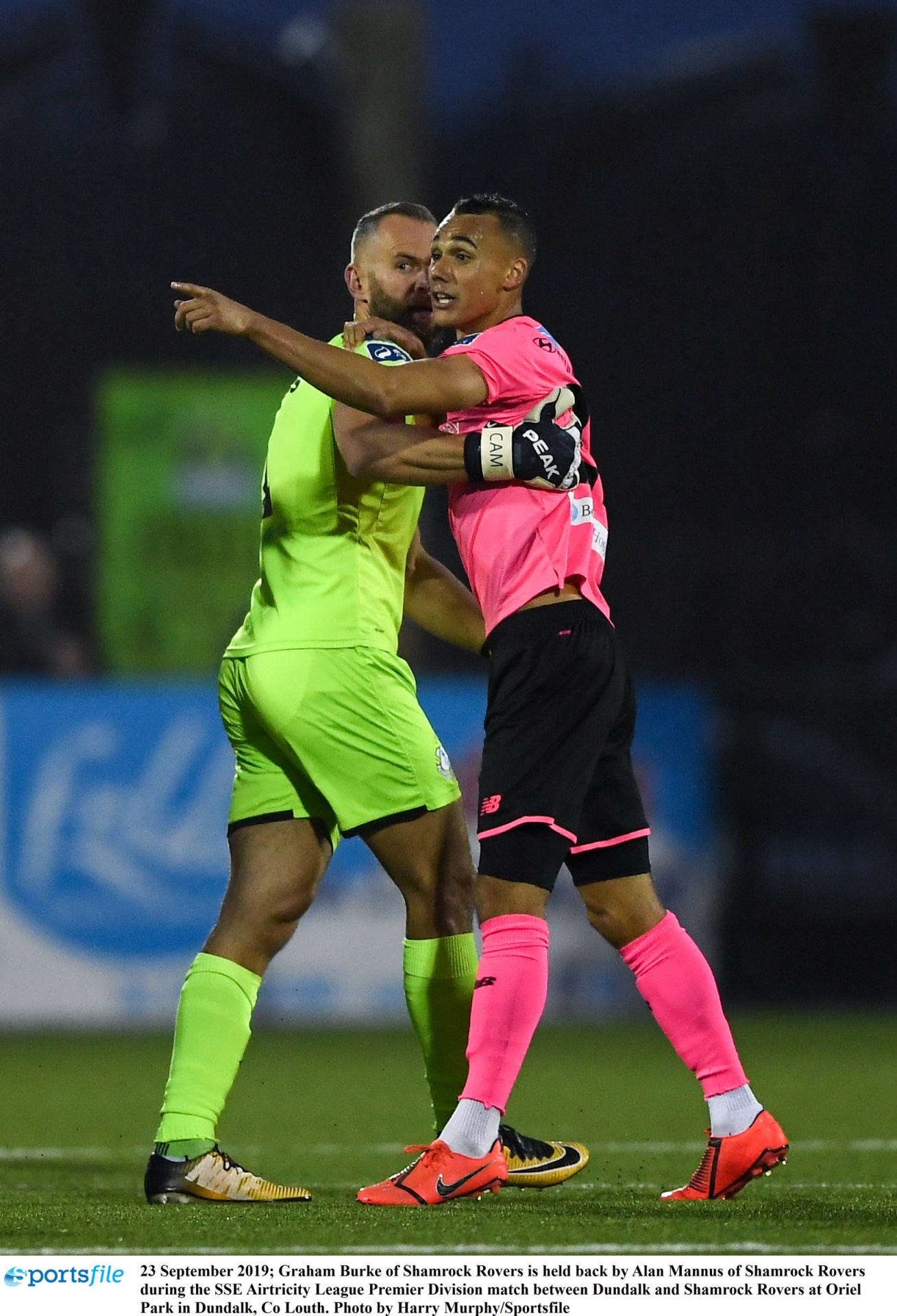 RORY HOUSTON RTE.ie
Type of Game: Slow start and trying to feel each other out. But I think there will be goals. Dundalk will try to move the ball to Michael Duffy throughout and he will be the focal point. The Hoops will be dangerous at set-pieces and Graham Burke will not hesitate in front of goal, if they can win the midfield battle.

Verdict: Dundalk have dropped a level slightly, it’s only human, and even if their EA Sports and FAI Cup semi win they relied on fitness rather than dominance. It seems like it is the Hoops’ time. Lopes and Burke to score.

MARK CUMMINS LOI historian/statistician
Type of Game: A wide open final with plenty of attacking football and end to end play. I think we will see plenty of goals and a classic final between the two best teams in the country currently.

Verdict: The treble will be secured on Sunday. Dundalk to win in 90 minutes.

DAN GORMAN Wicklow People
Type of Game: It will be cagey and Dundalk will have the lion's share of possession.

Verdict: Dundalk to muscle their way over the line.