FANZONE | John Curtis names his all-time Dundalk XI, favourite player and everything else... 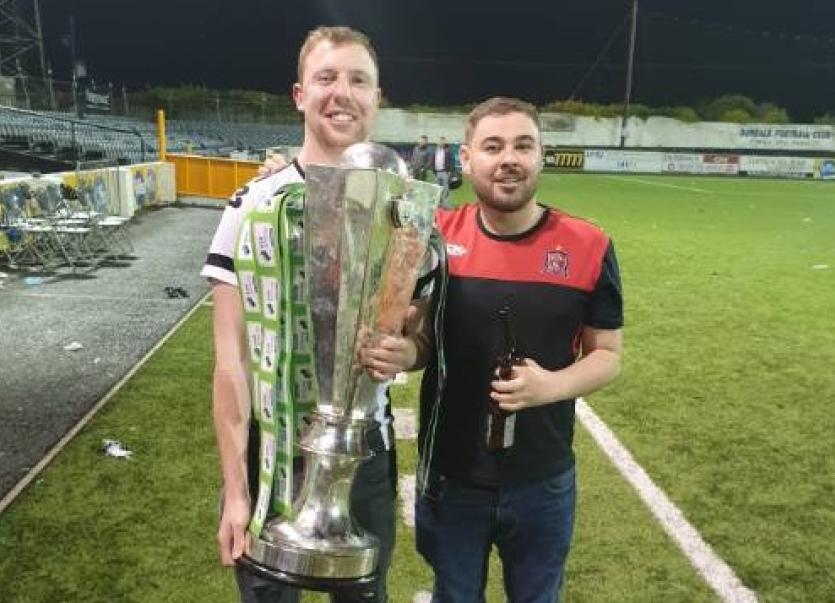 HOW LONG ARE YOU A FAN?
Since 2000, when my parents first got me involved watching Dundalk at a young age.

FIRST MEMORY OF ORIEL PARK
First memory of Oriel Park would have been a game vs St. Francis. If my memory serves me right we ran out 2-0 winners on the night.

STAND OR SHED?
I stand on the terrace in front of the stand on match nights.

CUP OR LEAGUE?
That’s a tricky one. Winning either of them is always good, but I’d have to go for the league title because you’ve to show that you’re the best team over the course of four rounds of fixtures. 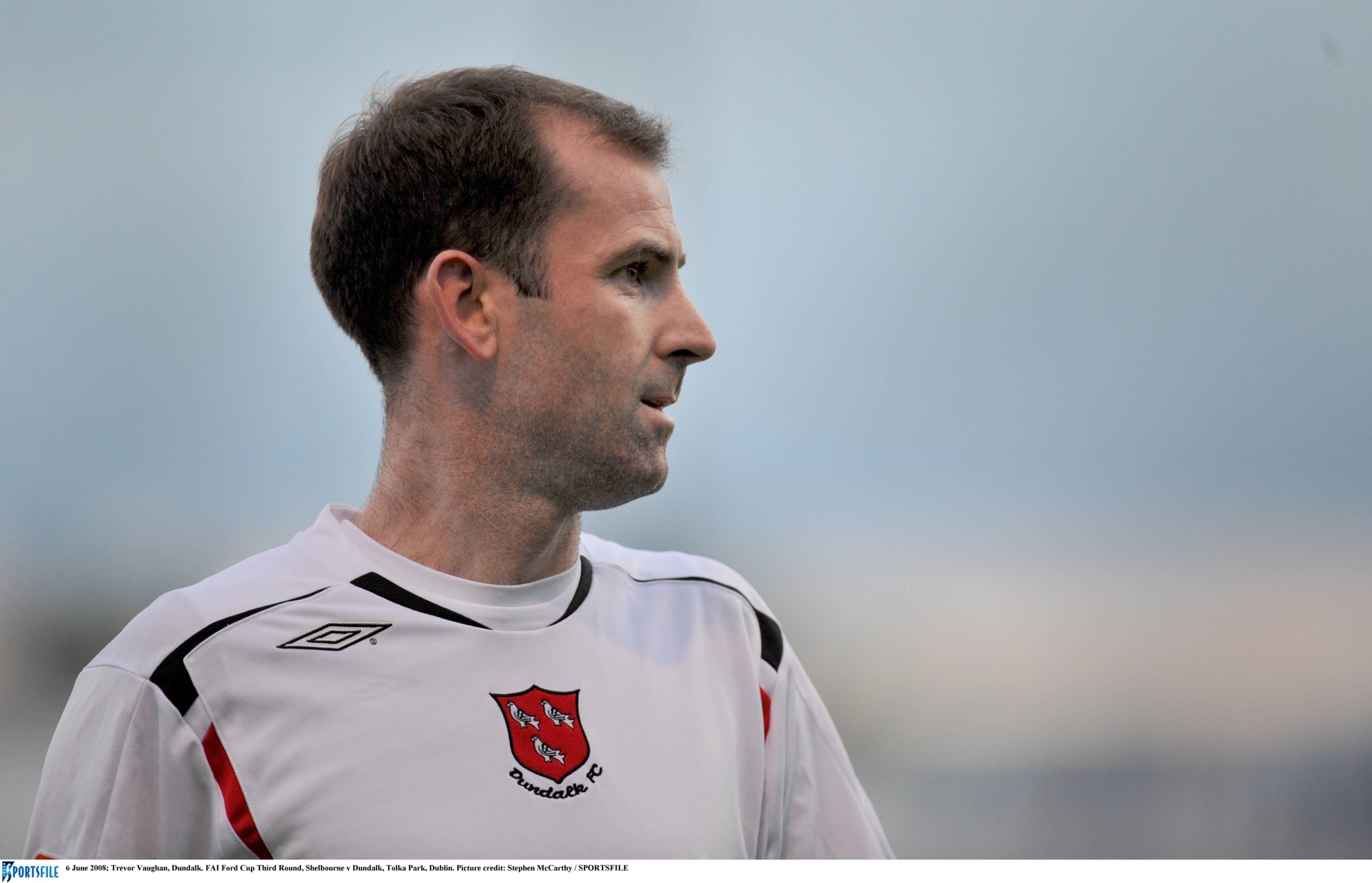 FAVOURITE PRESENT PLAYER?
A tightly run race between Seán Gannon and Chris Shields. I’m going to have to sway in favour of Sean Gannon here. His relentless energy every week getting up and down that line is sensational and he has played a heavy role in many goals when bombing down that flank.

ALL-TIME FAVOURITE?
All-time favourite player would be Trevor Vaughan (pictured above) (Trevez, as many would know him). He was just a poacher and lived off mistakes from defenders and was always good to get you that goal in and around the six-yard box. His perfect hat-trick away to Wexford Youths is one that lives long in the memory.

OPPONENT YOU ADMIRE?
I always admired Keith Ward (pictured below) of Bohs. He’s always looking to get on the ball and make things work for his team. His time at Dundalk was good with some spectacular goals, but ever since he’s gone to Bohs he is that one player you say to yourself, ‘I’d still like him in your team to do a job’.

BIGGEST RIVALRY?
Our local rivals are Drogheda, but I think the biggest one we have in the league is Shamrock Rovers and it probably always was throughout the years. Even when I mention Shamrock Rovers to my Dad he would be telling me stories about the rivalry between the clubs that stretches back so far.

TEAM I’VE A SOFT SPOT FOR?
I’d have to say Shelbourne. When I was growing up and watching the league, they were always the ones to look out at and beat. They produced some quality players over the years, the likes of Mark Rutherford, Wes Hoolahan, etc. 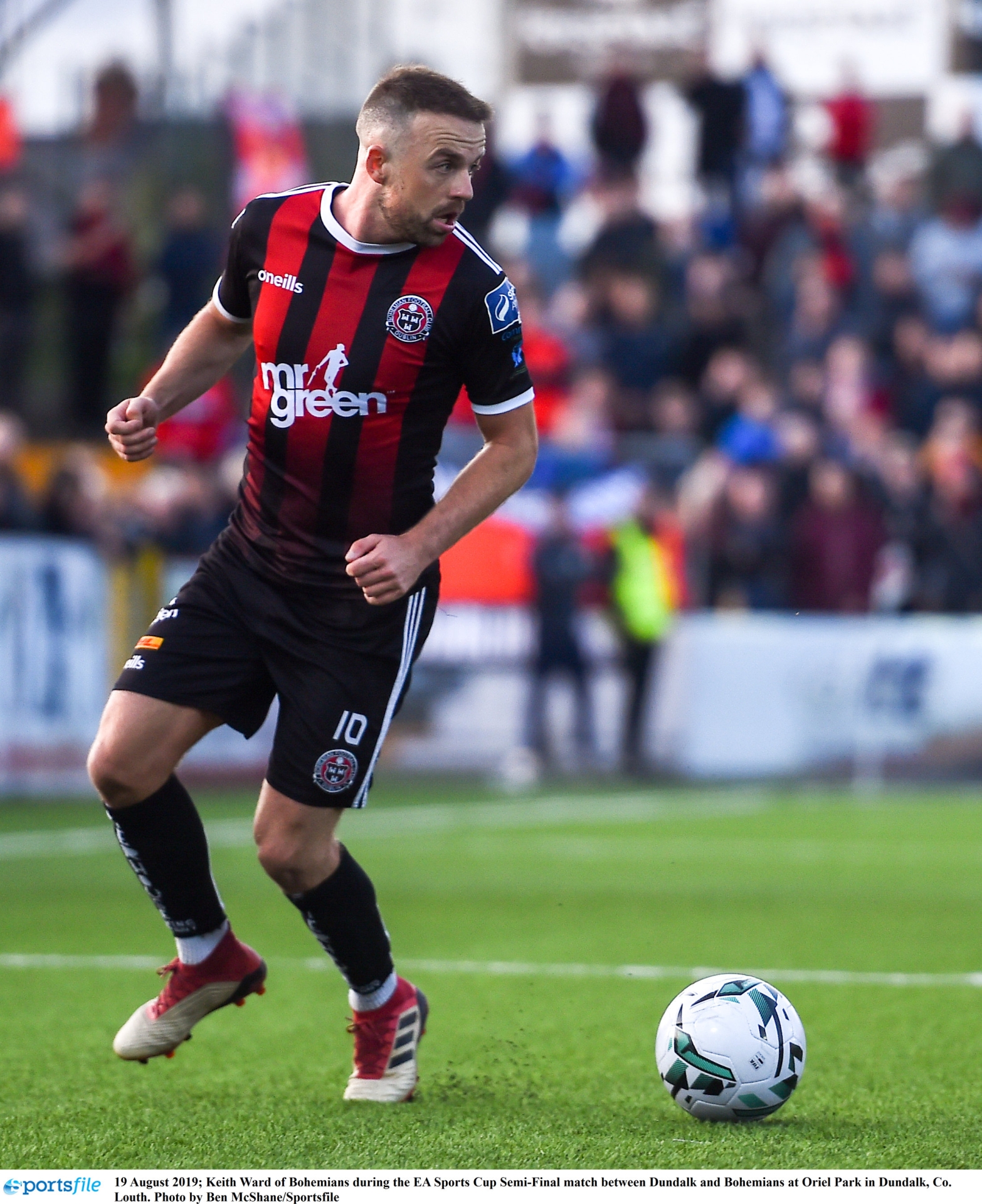 GAME OF THE KENNY ERA?
The night of BATE Borisov in Tallaght, in the lashing of rain. Not many people gave us much chance of qualifying that night, but that was the start of something special happening in Europe for us.

2019 HIGHLIGHT
The night we beat Bohs 1-0 in Oriel Park, when Patrick Hoban scored the 94th minute penalty to earn the win. That was the start of the season turning in our favour and giving us the kick-start we needed for the campaign.

GOAL OF THE SEASON
Jordan Flores’ goal away to Waterford in the RSC, a sensational strike to the roof of the net that left the ’keeper with no chance.