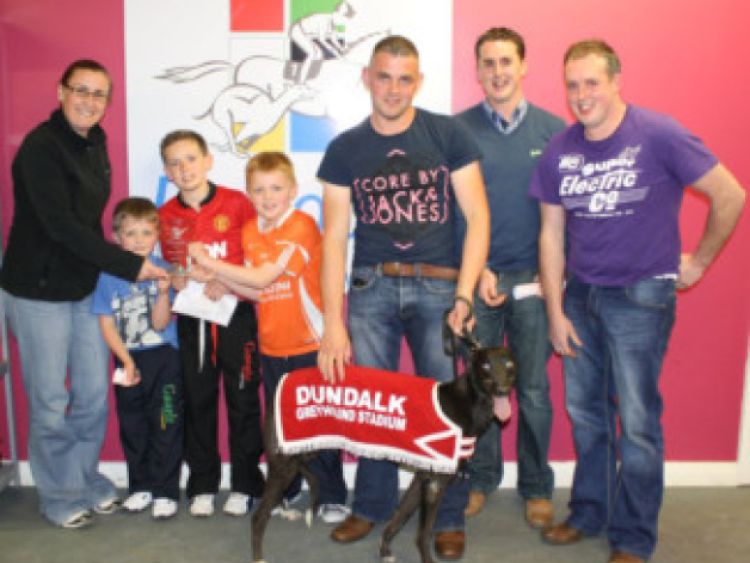 The build-up to the International meeting has begun at Dundalk Stadium, the first round heats of two competitions due to reach their climax on July 12, featuring on last Friday night’s card.

The build-up to the International meeting has begun at Dundalk Stadium, the first round heats of two competitions due to reach their climax on July 12, featuring on last Friday night’s card.

The Cathedral Financial Consultants 400 attracted some top-class sprinters, some of whom could well figure in the Bar-One Irish Sprint which comes up soon after the International, while the Matthews.ie 525 is for trackers in the A4/A5 grade.

A few fancied ones bit the dust in the sprint. Swift Iniesta, recent winner of the Junior Cup at Drumbo Park, was always a trailer in his heat, while the Scottish-owned dog’s kennelmate, Cloughtaney Gift - narrowly defeated by Razldazl Rioga in last year’s Sprint Cup final - met with traffic problems, and needed a fourth placing to make it through to the semi-finals.

Jim’s Blessing came in with a fastest 21.23, while there was also a win for Mesedo Blue, now nearing the veteran stage. The last of the three heats was won by Bit Of Berlin, owned in partnership by Haggardstown lads, Stephen Thornton and Jim D’Arcy, and trained by the former.

Better known as a middle distance runner, Bit Of Berlin ran from two, and made the race his own from the very start. Cloughtaney Gift, an even-money chance, came with a challenge at the bend, but when the Navan-based runner got checked, Bit Of Berlin was left to come home a near-four-length winner, recording 21.25.

Dunleer runner, Sexy Woman, was fastest of the four Matthews.ie heat winners. John Durrigan’s runner showed a return to her very best form, leading from start to finish to win by a length from Farloe Lulu in 29.01, her fastest-ever clock for the 525.

Cnocbridge Teach is another local who’ll be contesting next weekend’s semi-finals. Paddy Farrell’s dog made up lots of late ground to take second behind Wear Back, owned by Conor Byrne, formerly of Chapel Street, but now living in Navan. Two lengths separated them in 29.25.