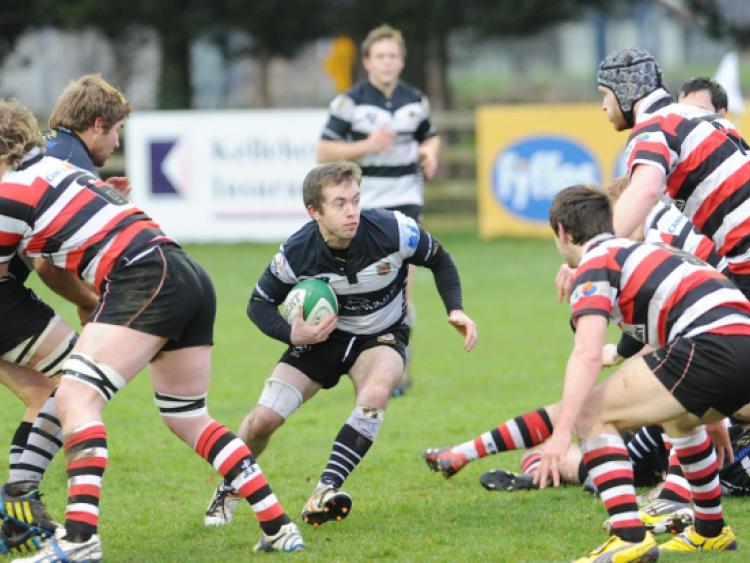 Dundalk were in Kildare on Saturday to face a resurging Newbridge side and fell to a narrow defeat.

Dundalk were in Kildare on Saturday to face a resurging Newbridge side and fell to a narrow defeat.

Newbridge came into the game after a comprehensive win over Enniscorthy while Dundalk were looking to get back to winning ways following their disappointment of narrowly losing to Portadown in the All Ireland Junior Cup.

The first half was dominated by neither side and all both sides had to show for their efforts after 10 minutes was a penalty apiece, with Thomas Campbell kicking the penalty for Dundalk.

With Newbridge holding on to possession for long spells, Dundalk only once looked like scoring a try. From a set piece move at a lineout Conor Williams found a gap but was held up short of the line.

The only try of the first half came from a sustained period of pressure from Newbridge. From a driving maul at the lineout they gained metres before picking and going at the line to eventually get over for the try which was unconverted. This left the score 8-3 at half time.

The second half was more of the same, with lots of errors from both sides and Newbridge happy to slow the game down at every occasion. Their maul and pick and go game was still causing Dundalk problems and 15 minutes into the half Newbridge got over for their second try after strong play from their forwards. Again it was unconverted but Newbridge were soon back in Dundalk’s half and were awarded a penalty in front of the posts which was kicked leaving the score 16-3.

Dundalk had 20 minutes to get themselves back into the game and they needed to hold onto the ball for longer periods. The Mill Road men did respond and in the closing stages they eventually started to play some more direct rugby.

From a lineout in the corner Dundalk secured some good ball and after several pick and go’s from the forwards, Ultan Murphy ran a good line off Campbell to get over for Dundalk’s first try. Murphy converted his own try to bring it back to six between the sides.

The try gave Dundalk a much needed lift and Newbridge were starting to look tired. For the last 10 minutes Dundalk bossed proceedings and played all the rugby. Isaia Petelo was disallowed a try when James Shields was have judged to have passed the ball forward and the game ended 16-10 in the hosts’ favour.

Credit must be given to Newbridge and how they have regrouped themselves since the start of the season. However Dundalk must be a little worried about their performances of late. The team are looking a little tired and it seems like the Christmas break cannot come soon enough for this side.

Dundalk’s last game before the Christmas break is at home to Enniscorthy this Saturday, with kick-off being at the earlier time of 2 pm.