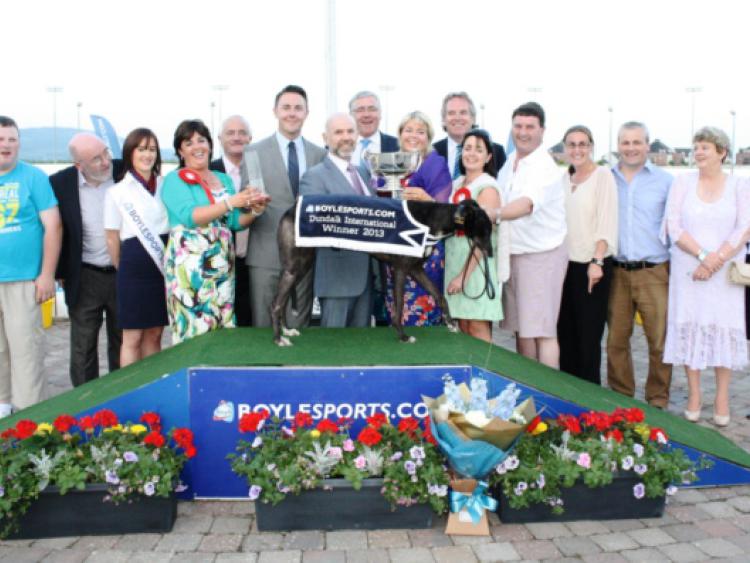 This year’s renewal of the Boylesports.com Dundalk International was one of the roughest there’s been in the 45-year history of the event, none of the six runners enjoying a trouble-free run. Still, it didn’t throw up an unworthy winner in Priceless Sky.

This year’s renewal of the Boylesports.com Dundalk International was one of the roughest there’s been in the 45-year history of the event, none of the six runners enjoying a trouble-free run. Still, it didn’t throw up an unworthy winner in Priceless Sky.

Trained in Co Kilkenny by Paul Hennessy - who hadn’t included this competition among the majors he’s had success in during the course of a distinguished career - Priceless Sky shipped a bump at the second bend, but this was a minor infringement compared with the grief sustained by some of the others.

The Castleblayney-owned title-holder, Quail Hollow, had his ground taken at the opening bend, and after a troubled run early on, the favourite, Roxholme Bully, found his way blocked when beginning to make  a challenge between the last two bends.

A slow break was no help to the leading British challenger, Sawpit Sensation, no more than it was being checked when coming with a run at the third bend. It was here, too, that the youngest member of the field, Farloe Trent, lost his chance.

Farloe, however, recovered better than the others, and it was the Pat Buckley-trained dog that took second, five lengths off Priceless Sky, who stayed in front after entering the back straight just ahead of Roxholme Bully.

Priceless Sky, a strong 5/2 second-favourite, was the first winner to run from trap one since the race’s switch to Dowdallshill. Like most of the other runners, he’ll now be directed at the Irish Derby, due to commence shortly at Shelbourne Park.

A big crowd, taking in the second half of the stadium’s dual raceday, was treated to some fine racing on the 11-race undercard, comprised of seven competition finals and four Opens. Two  prizes came to kennels around these parts.

Steely Passion, trained in Castleblayney by Joe and Catherine Kerr for their son, Terry, was a 5/1 winner of an Open 400, and in the AV Direct 600 final, Monleek Diamond, owned by Rita Downey, from Tullyallen, was an all-the-way winner, clocking a an impressive 32.96.

Monleek Diamond is a daughter of Cnocbride Do, who did her racing for well-known Knockbridge GAA follower, Paddy Farrell.

Attention at the local track now switches to short-distance running, with first round heats in the Bar-One Racing Irish Sprint taking place this weekend.