INSIDE TRACK | Dundalk FC are the Shamrock Rovers of the past, and maybe even better 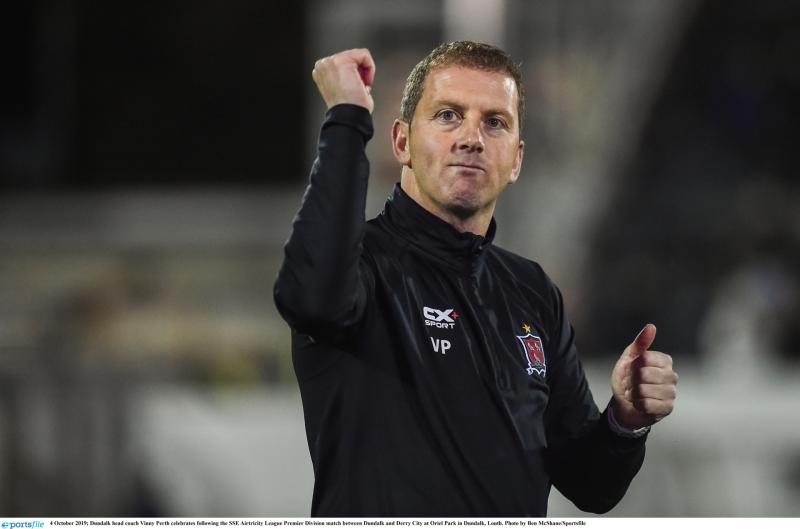 In my days going to Oriel Park, which was just across the road from where I lived before changing address in the late 1960s to St. Patrick’s GFC territory, or, if you like, on the periphery of the Cooley Peninsula, Shamrock Rovers were kingpins.

O’Callaghan in goals, the tough-tackling Burke at wing-full, the more elegant Coad in the half-backs, the flying Tuohy on the wing, and Hamilton and Ambrose closer to goals, nearly always scoring. The wee man in charge of the kit, Billy Lord, had a towel slung over his shoulder, and wouldn’t have been out of place in a corner at the National Stadium.

Rovers nearly always won when they came to the Carrick Road, driven there, not in Rolls Royces, as I always thought was the case until corrected by another renowned Hoops defender on the day of a Dundalk Gaels golf classic.

“They were Princesses, Joe,” said Pat Courtney, who was at Blackrock on the team pieced together by his Irish Independent colleague at the time, Dundalk Gaels stalwart, Gerry McDermott. Whatever the make of motor, it was like a scene from The Witness as the convoy turned off the Carrick Road before silently making its way over the cinder path in front of the grounds.

I had taken my leave of Oriel when Frank O’Neill - described by my former Democrat colleague, Gerry Prendergast, as the best Rover he had ever seen - was in his pomp. Nor did I ever see Mick Leech knocking them in when he was wearing the famed No.9 hooped shirt.

Rovers have 17 league titles to their credit, some of them fashioned by the brilliant, gravelly-voiced Jim McLaughlin, who, before moving to Glenmalure, revived at the time flagging Oriel fortunes. Just as those who inveigled Stephen Kenny to head this way deserve credit for most of what has happened in recent times, the Orielite - Enda McGuill, perhaps? - got it spot-on when he had McLaughlin signing on the dotted line. There have been many ‘eras’ since - McLaughlin’s was the first.

Rovers’ lead is under threat, and those who regularly head up the Carrick Road should appreciate that it’s their side which is applying the pressure. Five titles in six years and an appearance in five consecutive FAI Cup finals - the one coming up included - is, as they say, something else. Dundalk are the Rovers of the past, and maybe even better. Invincibles, as well as aristocrats.

Waterford, with the Fitzgeralds and Hales up front, and Tommy Taylor in goals, challenged Rovers back in the day - right now there’s no team to put a glove on the team Vinny Perth is overseeing.

This is being said before the Cup final goes ahead. Whereas Cork City picked up something from the great rivalry that developed in Kenny’s reign, Rovers are just hanging around. It’s only in years to come, when, perhaps, there’s a change in Oriel fortunes, that followers will really appreciate all that’s happening right now.