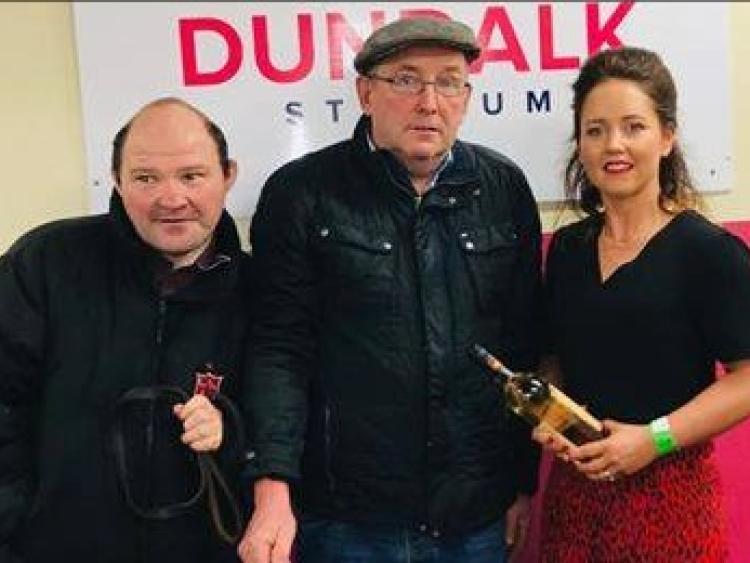 Saturday night’s meeting at Dundalk Stadium was a benefit for the Forkhill GAA club named after Peadar O Doirnin, but fair to say there was little poetry in motion out on the track. The going didn’t allow for it.

Incessant rain for hours before the meeting and during it made the going tough for the runners and those leading them out. It was a hard slog, and this was reflected in the times, only one of the 525s won in under 29 seconds, and 21.57 the best for the main sprint distance.

Colm Farrelly’s Hackballscross kennel is beginning to find form, after what was for it a lean enough period. Pats Rocket led from start to finish in a 525, holding out for a half-length win in 29.09.

The Droopys Jet dog’s win was the second for the kennel over the weekend, Blackbird, another home-bred, putting a lot of distance herself and the rest to score by over six lengths in a 360.

Other in-form kennels were also on the mark. Laurence Jones won with Emelie, the half-sister to Our Surprise clicking in a 400 after making a flying start, and Downpatrick trainer, Damien Maginn, added to his fine season’s tally when Cosy Up broke her duck in Saturday night’s opener.

Tullyallen’s John Downey was on the mark with Courtstown Belle over the standard distance, and Friday night’s card opened with a Drogheda double, Kieran Hicks winning with Amazing Borna, and Honor McHutcheon taking a sprint with the Michael Kelly-trained Boulevard Mist.

Martina McCann and Ambrose Quinn’s Dromiskin challenger, Tammen Tucker, was too good for his sprint rivals, collecting for the eighth time in his 25-race career.