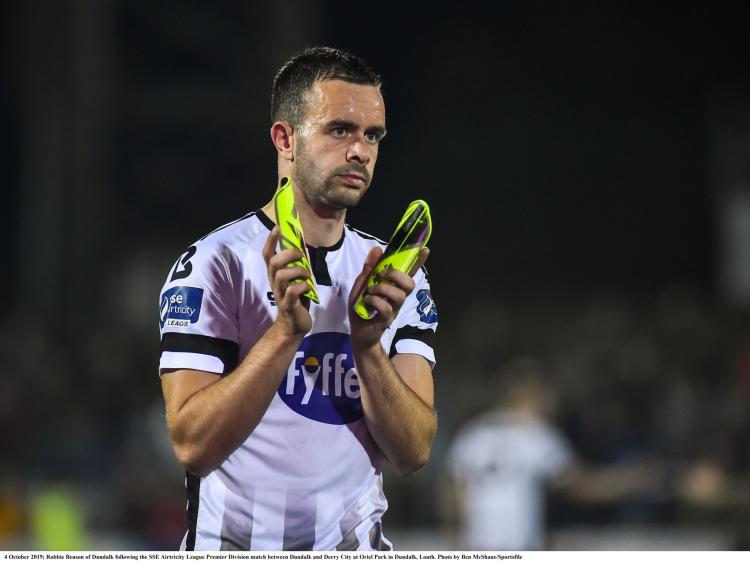 John Gill felt it was a classic case of ‘after the Lord Mayor’s show’ as champions Dundalk FC opened up a 17-point lead at the top of the Premier Division following a quiet night in front of just over 2,000 people at Oriel Park.

Having clinched the title in their last league outing, Dundalk’s aim in their remaining four games was to break the points total record of 87 which they set only 12 months ago.

Derry City, on the other hand, had plenty more to play for as they looked to take a huge step towards European qualification. However, Declan Devine’s side were somewhat disappointing considering the challenges that they had previously put up to Dundalk this season.

The champions, as they did against Cork City and Waterford last month, found a way to get over the line, bringing their tally to 83 points here thanks to Daniel Kelly’s 64th-minute minute strike, which was just about a deserved winner for the hosts.

That brought by far the loudest noise of the night from the 2,106 in attendance. At the final whistle, Gill admitted: “It was like after the Lord Mayor’s show. It was very flat when we came out to do the warm-up because the ground kind of only really filled up near kick-off. 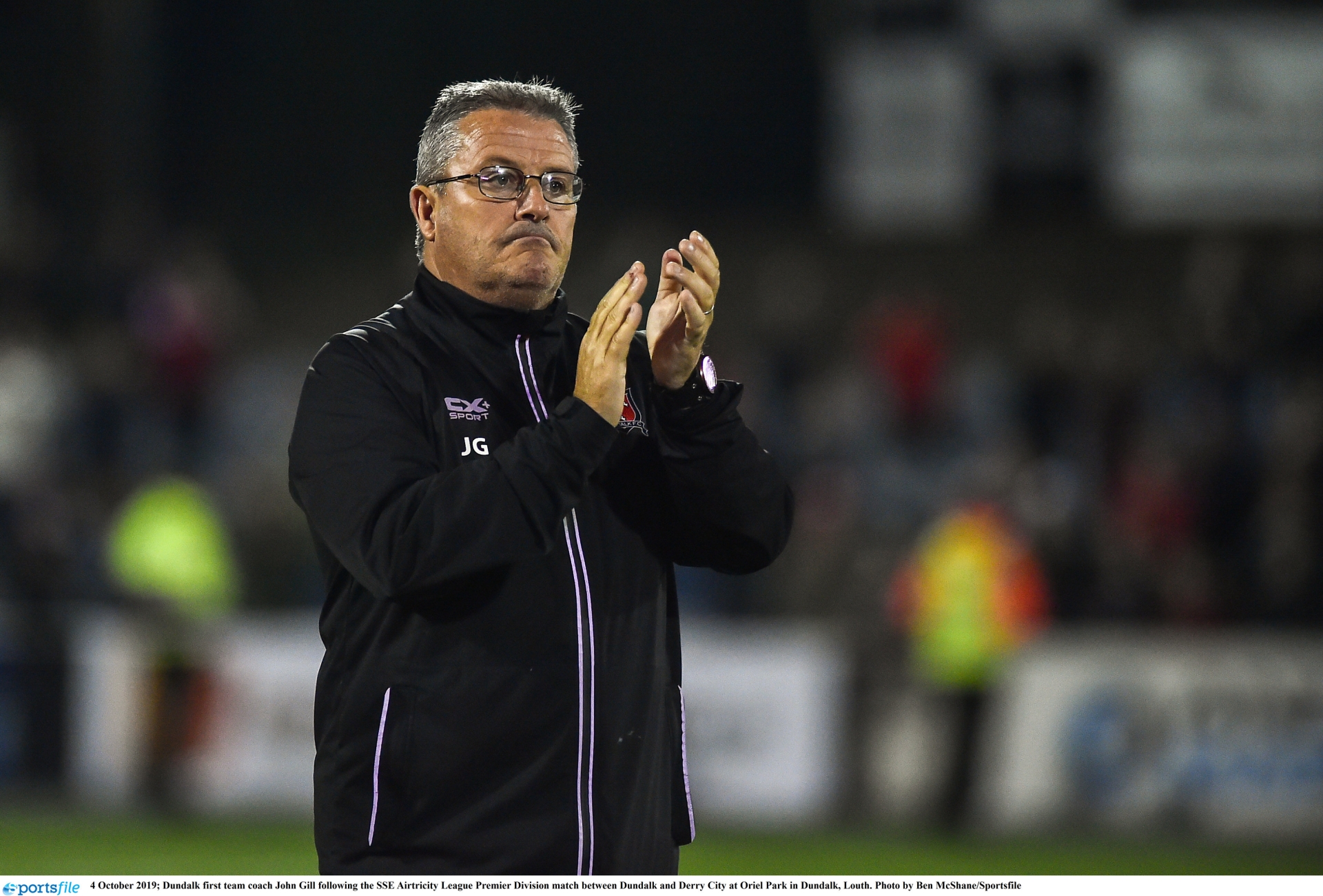 “It was hard. That’s not an excuse. You have got to make your own atmosphere at times. I thought we started the game well, then the game went into a bit of a lull.

“Derry were very disciplined and very hard to break down. Peter Cherrie pulled off a great save in the first half from (Patrick) Hoban’s header. He has done that all season against us. But, overall, I think, on chances created, we deserved to win the game.

“It was nice to give run-outs to young Mark Hanratty and Lido Lotefa who have done really well with the U19s this year. You need to maybe see these guys in games like that.

“We’re in a good place – there is no pressure on us now, we’ve had a tremendous season no matter what happens. We’ll be using these games to give the likes of Benson, Murray, Gartland, Dummigan minutes – that’s why these games are important. To get a win at the end of it as well makes things even better.

“We want to try to get that points total. We’re 83 points now, five points away from breaking that record. It’s another clean-sheet, our 22nd in the league. We’ll keep treating each game on its merits, like we always do.

“It has been phenomenal. We mightn’t be winning games in spectacular fashion, but you get the job done. That’s what this group of players does.”

Gill revealed that midfielder Seán Murray received stitches to his eye following a collision which forced him off but he feels the game-time that both Murray and Robbie Benson got will be beneficial.

“Seán got two or three stitches to his eye – he’s okay,” John said. “I thought he did okay tonight – again, he’s probably a little bit ring-rusty because he hasn’t had minutes. Those 70 minutes will have done him good.

“The 90 minutes will be massive for Robbie Benson. I thought you saw in patches the Benson of old.”