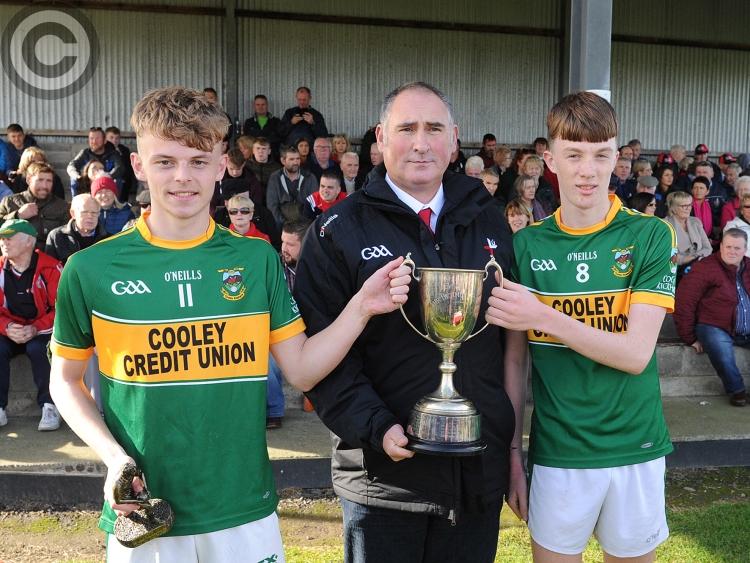 The peninsula natives were always in control against O’Raghallaigh’s, who competed strongly in the first half and can count themselves rather unfortunate to have trailed 1-7 to six at the break, Cooley’s goal coming from Dylan Quinn on the stroke of half-time.

But, overall, Kickhams were superior, Cian Connor, Gerard Hanlon and Calum O’Hanlon showing neat craft and efficiency in front of the posts as the winners stretched their lead decisively through the third quarter.

The dismissal of Adam McGrane, a thorn in Cooley’s side during the opening period, hindered O’Raghallaigh’s bid at turning the game around, but, to their credit, they battled through and a cracking goal by midfielder Daniel Reilly cut the gap to five points. 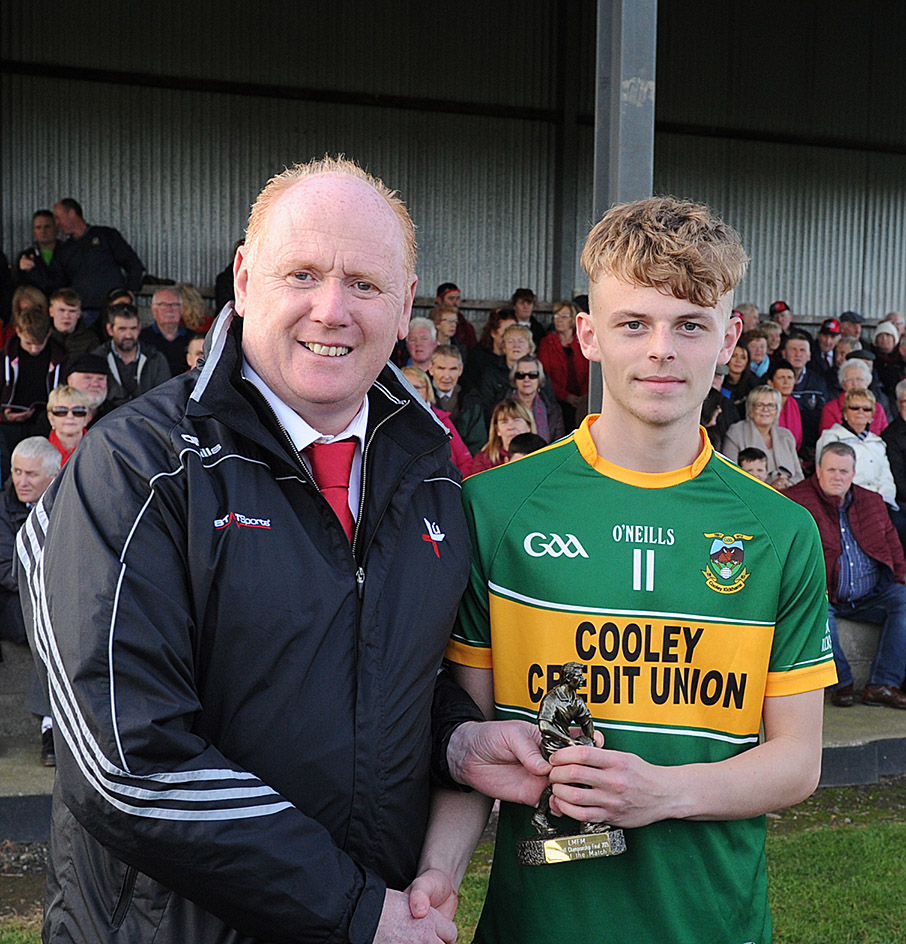 Yet Cooley, with Paul Brennan standing strongly at full-back, prevented the Drogheda boys from eating into the deficit further, as Connor and O’Hanlon pointed in response. Kickhams also made clever use of their extra player in keeping hold of possession through the lines.

This victory completes a Division One league and championship double for the Fr McEvoy Park crew.