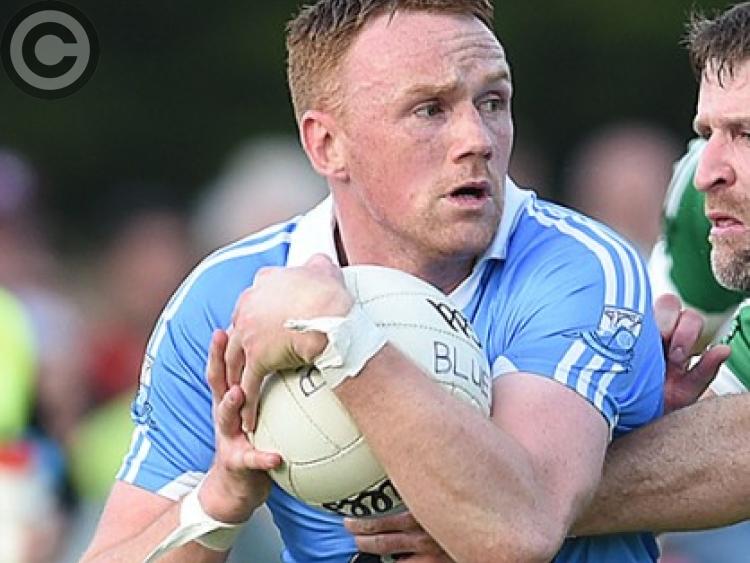 John Kermode of Newtown Blues will be hoping to qualify for the senior championship final on Sunday. (Pic: Arthur Kinahan)

Newtown Blues defeated Dreadnots at the semi-final juncture last season on their way to making it two Joe Ward Cup wins on the trot. They will be hoping for a case of deja vu in Dunleer on Sunday evening.

Ronan Phillips’ charges are unbackable favourites, almost, to retain their crown and in doing so become the first three-in-a-row victors since the great Cooley Kickhams team of the 70s.

This Dreadnots team hasn’t been bad, either, but they’ll be remembered as the nearly men if they don't prevail, having repeatedly failed to get across the line where silverware is concerned.

For a team which has contributed its fair share of Louth players over the last decade, their only major triumph has been in the form of the Cardinal O’Donnell Cup, which they took back to Clogherhead in 2016.

Wayne McKeever will be hopeful of getting a kick out of his side this weekend and there is no doubting the talent he has at his disposal, but, looking through the prism of reality, it seems as though Dreadnots’ fine crop are past their prime.

Blues, on the other hand, are brimming with youthful components and with such competition for places every player acknowledges the levels they must reach in order to retain their place in the XV.

Dreadnots have caused Blues problems at various stages over the last number of years and they may do so again, but it’s doubtful that they’ll have enough to win.