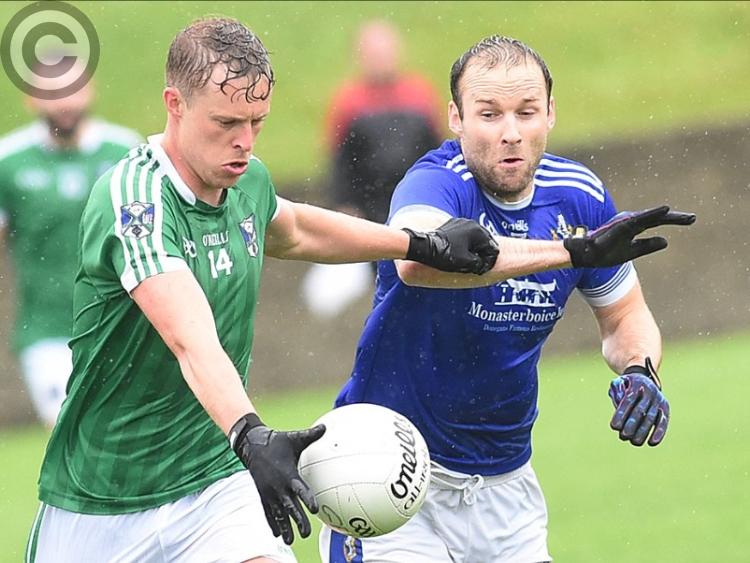 Could this opportunity have lined itself up any better for Geraldines, aiming to reach their first senior final since the 1983 defeat by St. Fechin’s?

It seems there is a countywide expectancy that, having been paired away from each other in the last four, Naomh Máirtín and Newtown Blues will meet in the Joe Ward decider for the second successive season.

Therein, though, lies opportunity for both of the underdogs, especially Gers, who will feel they were at least worthy of a draw when the teams met in the group phase.

Despite a blistering start in Dunleer, which saw Gers hit the net within seconds of the throw-in, The Jocks fought back to earn a victory by the narrowest of margins. Had Jim McEneaney directed a late 45 over the top they would have taken a point from round one, as opposed to seeing Máirtín’s depart with the spoils.

All of the pressure, of course, is on the team managed by Jim Farrell and trained by Mattock Rangers legend Christy Grimes, especially following their incredible second half comeback against Ardee St. Mary’s in the recent Cardinal O’Donnell Cup final.

That, though, will suit Gers, who haven’t been often tagged as underdogs this season while reaching the semi-finals of the league competition The Jocks won, mainly due to Sam Mulroy’s incredible scoring exploits. His 0-12 matched Marys’ tally of minors on the afternoon.

How the Haggardstown side go about stopping Louth’s biggest forward prospect will go a long way to determining how close they are to a place in the senior final come the 60th minute.

But The Jocks have so many other threats. Stephen Campbell, an arch goal poacher, for one, while JP Rooney is playing as well in his 40s as he did decades ago. At midfield Wayne Campbell and Gavan Mooney are the steadiest pairing you could hope for.

Gers will see chinks in Máirtíns’ defence, and their power lies in the offensive third, with McEneaney and Dara Hamill sure to be stationed in the scoring posts’ vicinity.

It could be tight for a while, possibly into the second half, but The Jocks are becoming renowned for edging tight battles, never looking flustered in the process.