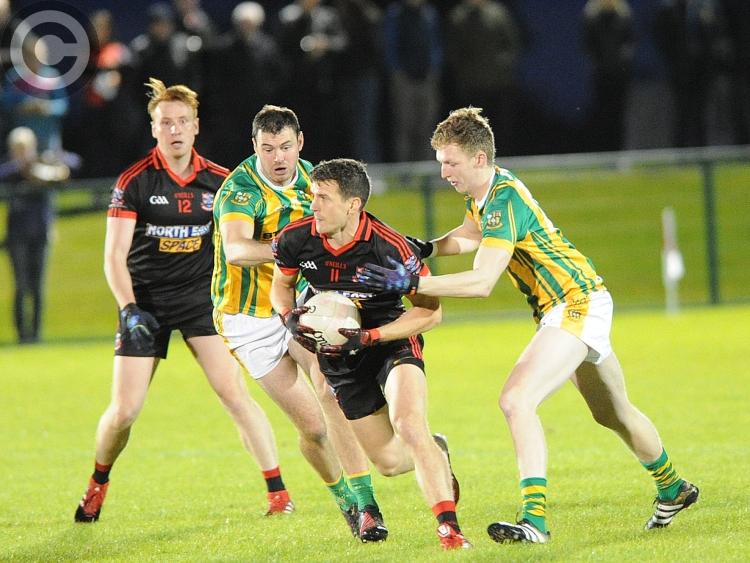 Mattock Rangers’ tag of favourites certainly won’t annoy Clan na Gael as they bid to upset the Collon men in the semi-finals for the second time in three seasons.

In reaching the decider two campaigns ago, Clans defeated Hunterstown - as they did last Saturday - and Mattock in successive rounds and they will feel capable of repeating that progress going into this Stabannon encounter.

What Clans do have in their favour is a battle-hard exterior, having gone to the wire in all four of their matches to date, including both affairs with Hunterstown. They’re just never beaten, it seems, and that is most certainly an admirable and worthy trait to have.

Mattock, on the other hand, got a scare from Cooley Kickhams on night one, without looking like losing at any stage, before breezing past Naomh Fionnbarra and St. Kevin’s. This run, not that they could have done anything to avert it, is hardly ideal preparation for what is sure to be a keenly-fought fixture involving two teams who featured in Division One this year.

However, where Niall Callan’s men have the advantage is in their general defence-to-attack balance. They have capable defenders in Brendan Leacy, Seán Gilsenan and Niall McKeown, while David Reid and Aaron O’Brien are top-class forwards, whereas Clans’ backline falls into the suspect category, as Ryan Burns highlighted in both quarter-final ties.

But Billy Smith’s ability in front of the other posts has so often sketched over Clans’ backline blunders, as he did two years ago when taking the fight to Mattock in the Darver semi-final. How Rangers get to grips with the tall, lethal attacker will be decisive in terms of how Clans set about reaching the final.

There truly is nothing to separate the four teams who remain in contention for the Seamus Flood Cup, but one suspects Mattock have the edge on Clan na Gael, if only marginally.

Certainly, if the Ecco Road men afford Mattock’s forwards the room they gave Burns, the Collon natives won’t be as generous in terms of their shortcomings. Reid is the most ruthless operator at this level, while O’Brien is a prolific threat. But it could be that semi-final hero Shane Hickey, whose pace is blistering, again proves to be Mattock’s liveliest outlet.