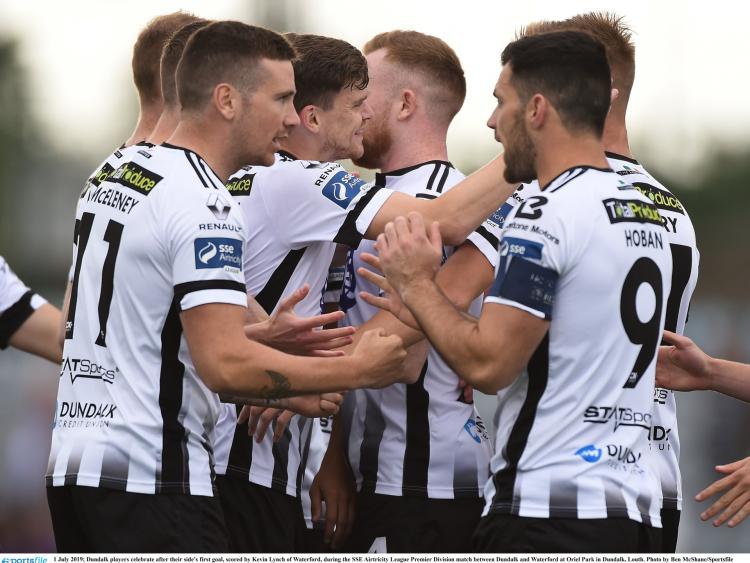 Vinny Perth says Dundalk FC will “do it the hard way” if they are to retain the FAI Cup this year, with Monday’s quarter-final against Waterford at the RSC (7:45pm) being their third away tie in the competition.

The treble-chasers have had difficult trips to Cobh Ramblers and Derry City in the opening two rounds, winning both of those by a single goal, with the latter going to extra-time in the North.

Replays come in at the last-eight stage, meaning a draw with Waterford – who Dundalk have beaten three times this year on an aggregate score of 10-0 – would see the teams meet again on Tuesday week. Given their already heavy schedule, that is something that Perth will be keen to avoid.

Dundalk are on an incredible run of form where they are unbeaten in 25 domestic games, including 23 wins, going back to their loss in Sligo on April 12. Derry City, with two 2-2 draws, are the only team that have matched them since then. 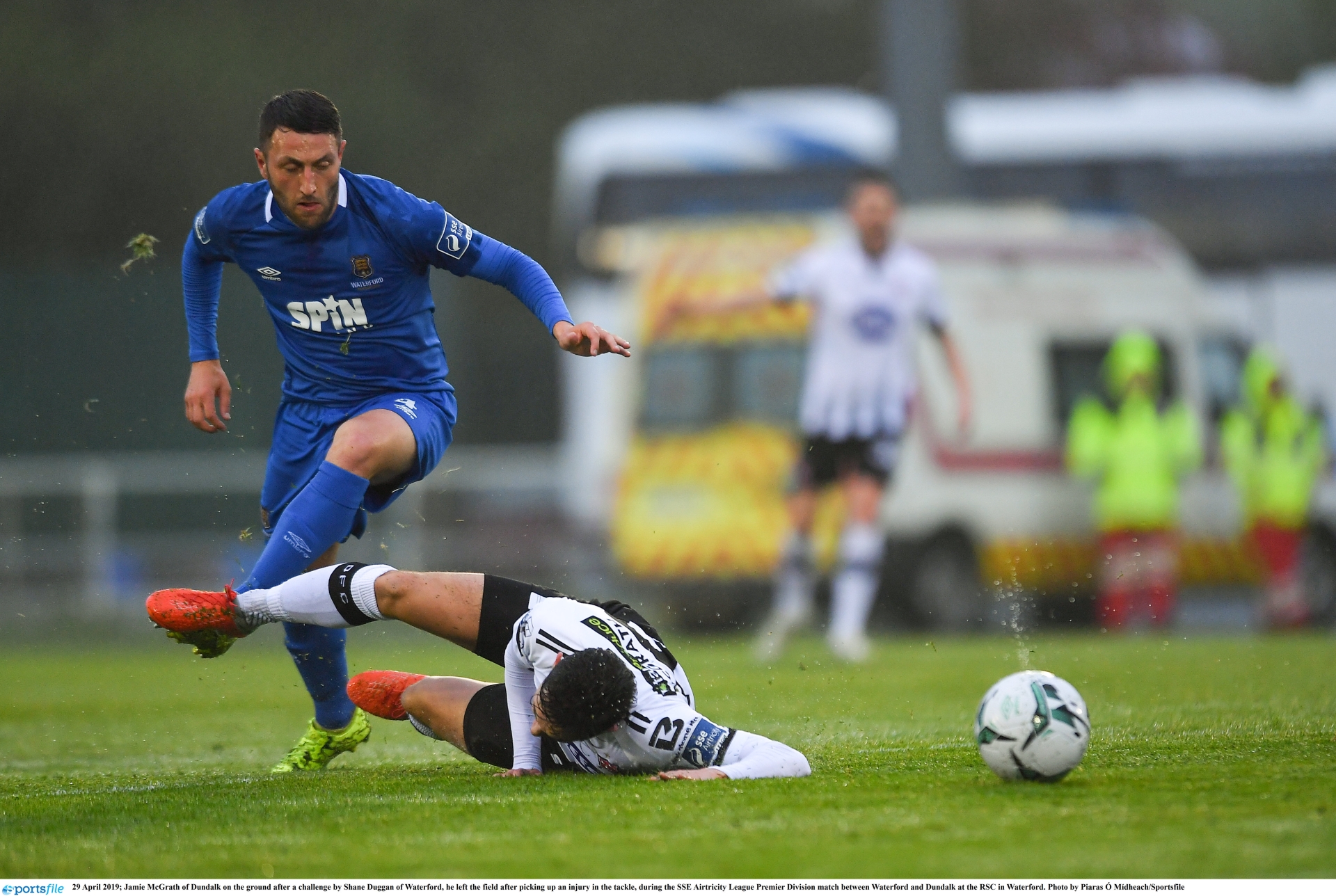 But Perth knows his players face a tricky assignment to extend that sequence, against a Waterford side who have now practically preserved their Premier Division status for another year after last Monday’s Munster Derby win in Cork.

Dundalk’s head coach admitted that the absence of Zack Elbouzedi – who is on international duty with the Republic of Ireland U21s – will blunt The Blues’ attacking threat.

Exciting young forward Will Fitzgerald, meanwhile, got an hour of action in their 3-1 win over Hearts U21s in the Tunnock’s Caramel Wafer Challenge Cup at the RSC on Friday, but still lacks match sharpness as he continues his comeback from a long-term injury.

“It’s a really difficult tie. We’ve been drawn away this year to Cobh, Derry and now Waterford. We’re going to do it the hard way,” Perth said.

“Waterford, to be fair, are missing Zack Elbouzedi, so that’s a blow to them. We’re missing a lot of players. But Monday night down there, we’re looking forward to it. I’d rather be in the competition than out of it.

“It will be a difficult night. Waterford are a good side. Alan (Reynolds) has done a great job over the last two years. We’ve got to be right at it, we’ve got to freshen the team up again, and that’s just the way it goes.” 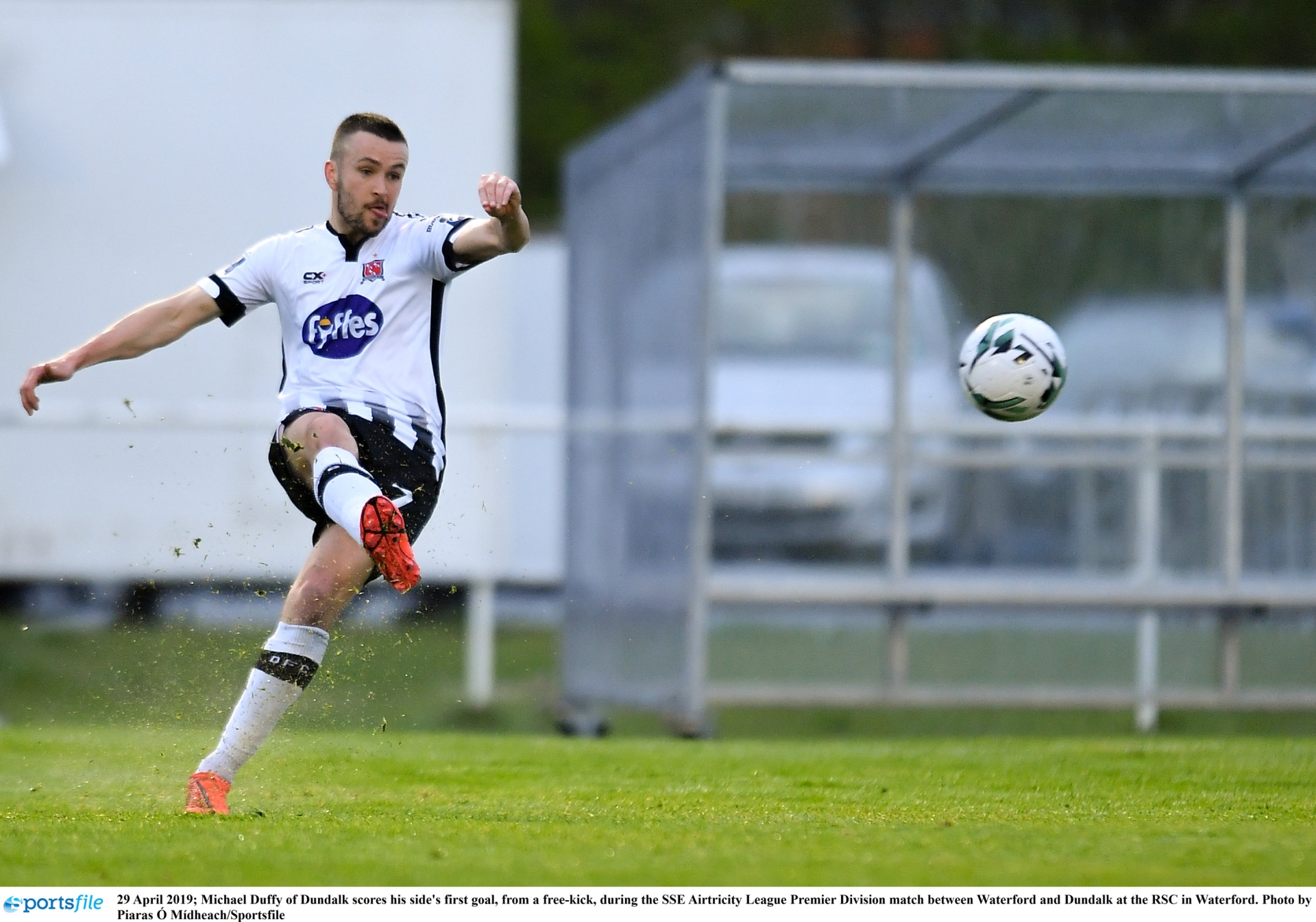 Perth, as mentioned, will rotate his squad again as they prepare for an 11th outing in 33 days. John Mountney is a certain absentee as he remains in a protective boot after foot surgery, while fellow midfielder Seán Murray (knee) – who was magnificent in the last round in Derry – continues to struggle for fitness.

Since exiting Europe in the middle of last month, Dundalk have won seven games in a row, with Friday’s late 1-0 victory over Cork City at Oriel Park sending them 10 points clear at the top of the league table.

First-team coach John Gill believes the players “don’t get the credit they deserve” from certain quarters, as he looked ahead to Monday’s tie.

“We’ll prepare properly for the game,” he said. “There will be changes because you can’t just keep flogging the same players. But every time we’ve made changes, it hasn’t affected us. The owners backed us with a decent squad and we fully utilised that squad all year.”

Gill – who says the players “live like monks” – added: “We’re at the business end of the season. We’ve had problems. You see the hurdles we’ve had to overcome as regards injuries – people forget that.

“The amount of injuries that we’ve picked up in midfield and we’ve had four surgeries in the club this year – that’s unprecedented. I don’t think any other club in the league has had that many.

“But we’ve just quietly gone about our business. The players have gone about their business. The medical team have been brilliant here. We’ve just been unlucky and it’s the one area of the pitch that we’ve been hit by, in midfield.

“It was good to see Robbie Benson come back on Friday and get 70 minutes under his belt – he is a pivotal player for us and it was great to get him back. But we’ll keep doing what we do, we’ll keep working hard and we’ll keep our heads down.

“Certainly, the players don’t get the credit maybe that they deserve in certain parts. But they’ll get their rewards at the end of the season.”

Waterford are seventh in the Premier Division, having leapfrogged Cork last Monday with a come-from-behind victory at Turner’s Cross which ended a five-game winless run in the league.

They followed that up with a 3-1 win over Hearts U21s on Friday, but that was a game where manager Alan Reynolds made 10 changes to the starting XI – only JJ Lunney lining out in both games. They have won away to non-league Maynooth University and Glengad United to reach this stage of the FAI Cup.

Shamrock Rovers and Sligo Rovers are already through to the semi-finals, having overcome Galway United and UCD respectively over the weekend.

Twice winners of the competition, nine-time finalists Waterford have not made it to the decider since 2004 when they dramatically lost a lead late at the old Lansdowne Road to Longford Town, who brought in Perth as a late substitute that day.

This year, 11-time winners Dundalk are looking to become the first club since Shamrock Rovers half-a-century ago to make it to a fifth straight FAI Cup final, with their opponents of the last four years – Cork – having already exited to Galway.