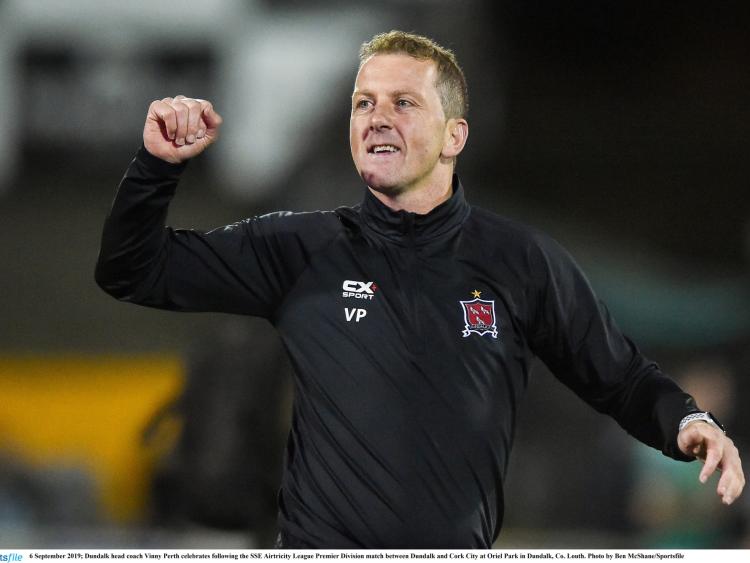 Dundalk FC head coach Vinny Perth made an impassioned plea for patience and privacy on information surrounding contract negotiations and injuries, as he batted away media speculation and rumours of which he says “very few have been on the money” over the past year.

The latest player linked with a move away from Oriel Park is 37-year-old record-breaking goalkeeper Gary Rogers, who is reportedly on the radar of Linfield, with UCD netminder Conor Kearns lined up as a possible replacement.

Young midfielder Jamie McGrath is another who is out of contract at the end of this campaign and he has attracted the attention of one high-profile English club, with his future undoubtedly lying across the water. Dundalk will hope to hold onto the classy 22-year-old for another season.

Record goalscorer Patrick Hoban’s future is another still up in the air. However, asked about contract renewals and in particular Rogers, Perth insisted it is too soon to be concerned about possible exits.

“It’s very early to be worried about losing anybody. We’re in talks with a lot of players at the moment, and a lot of different bits and pieces,” he said, speaking after Friday’s 1-0 home win over Cork City. 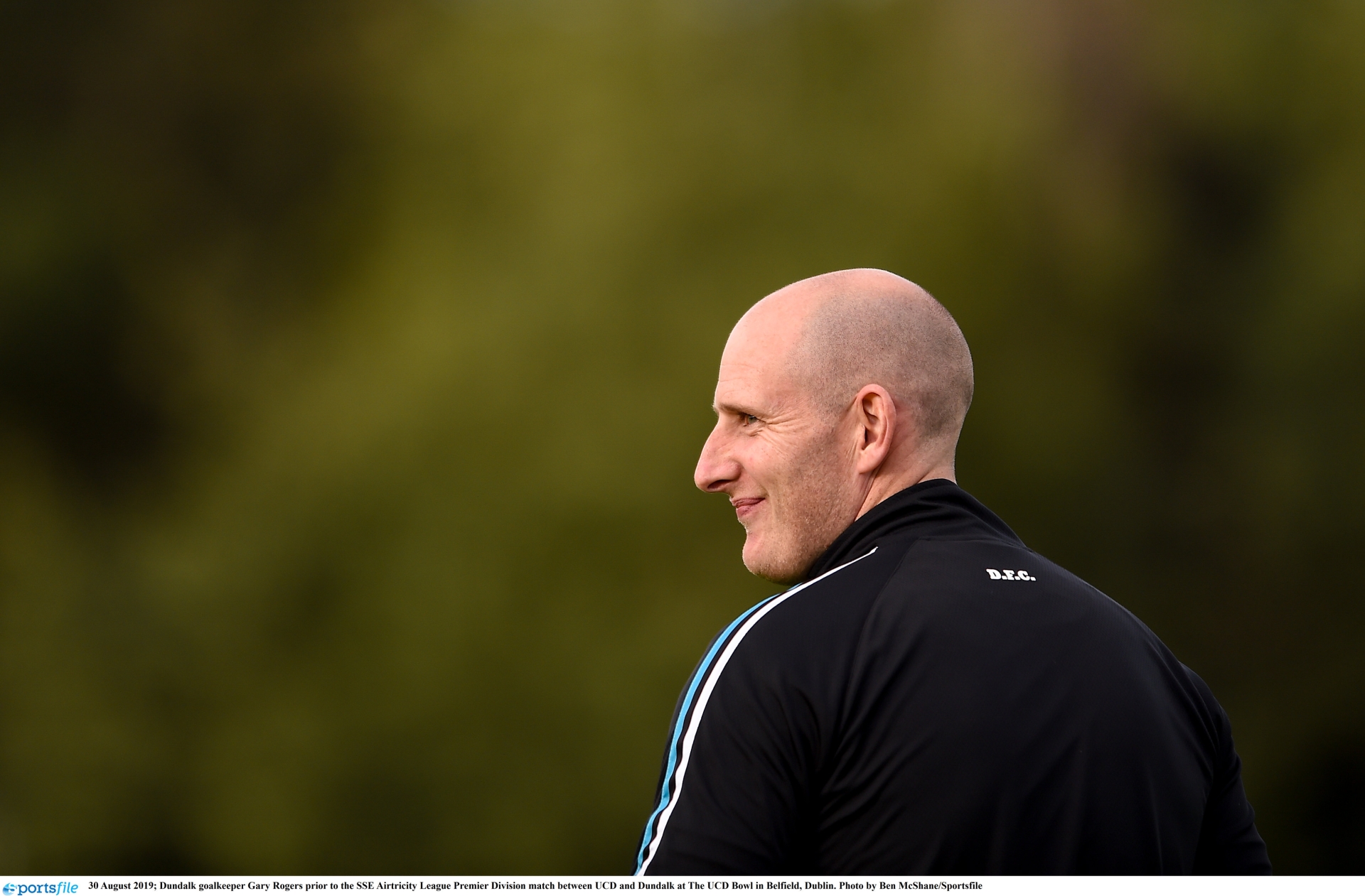 “There are a lot of rumours going around this club for the last year and very few of them have been on the money, to be honest with you. We’re not overly concerned by what rumours are coming out.

“We’re in a strong position, we’ve got a really good squad and I’m comfortable that we’re in a good place in that sense.”

But Perth has visibly become frustrated with the amount of speculation surrounding the club, its transfer dealings and injury prognoses.

Pressed on whether contract extensions would be announced before the end of the season, the head coach opened up, stating that this year’s achievements should have earned him and the club “a little bit of trust”.

“It works both ways – players have lives and the club have different bits and pieces to do. There is no sort of rush on any of that stuff, there is no big panic. That is other people’s concern more than ours. 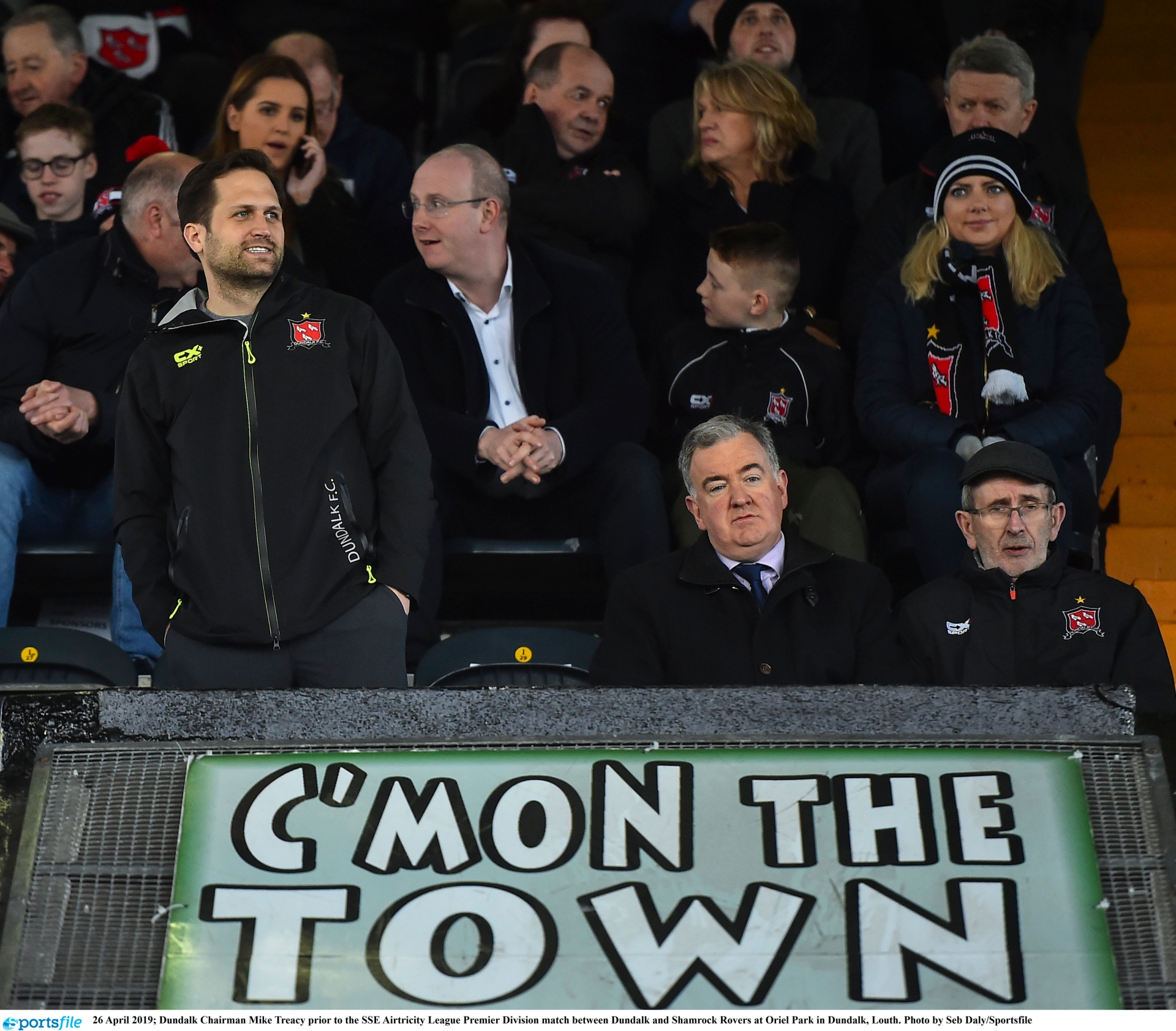 “We have got the best owners we could hope for – probably the best in League of Ireland history. I ask people just to give us time to breathe, continue to back us and look around – we’re in the middle of a great season – and stop taking this place for granted.

“Just back us and trust us. Trust that myself and the owners are doing everything in our power to make this club better next year. Just give us a little bit of space and stop speculating and stop rumours.

“I know they’re part of football and I respect that. We all talk about this and that. Looking at Liverpool speaking about their goalkeeper this week and he’s out for ‘another number of weeks’. That’s all it says – ‘number of weeks’. We have to nearly give blood types of our players and we need to nearly have to tell you the exact surgeon that it was.

“People need to give us a bit of breathing space, just trust us. If being ten points clear, in the quarter-final of the FAI Cup, in the final of the League Cup and the third round of Europe isn’t enough to earn a little bit of trust, then sure I don’t know what is. What more can I do?

“I’m saying, hand on heart, that these are the best owners you could ever work for and the board have been brilliant. They have really supported me, the players – in contract and out of contract – and just trust them.

“Just get on with it. Ask us questions, fine, but give us a bit of breathing space. It has only just gone September. Generally, every other club haven’t signed all of their players yet. That’s the way it is – things take time.”

On speculation surrounding Rogers’ future, first-team coach John Gill added: “We’ve had that many games, it has been that hectic, it is very, very hard even to get time to speak to players.

“That’s down to the club and Vinny, and I’m sure the right decisions will be made for the players. They have been magnificent servants, all of them. They’re serial winners so, of course, other teams are going to be looking and eyeing any players that are out of contract.