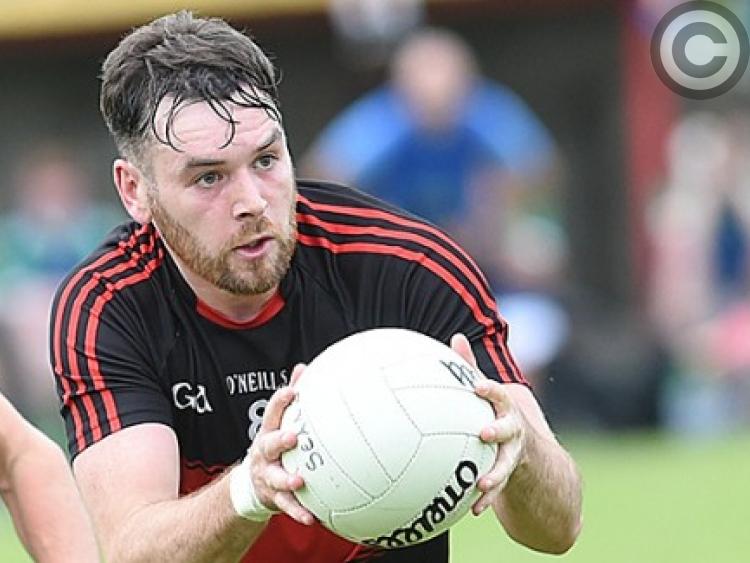 Cian McEvoy was absent, but Dreadnots still navigated their way to the SFC semi-finals by seeing off O'Raghallaigh's in Castlebellingham on Sunday night. (Pic: Arthur Kinahan)

Dreadnots made their passage through to a third SFC semi-final in four seasons look seamless in bringing O’Raghallaighs’ campaign to an end in Castlebellingham on Sunday evening.

Wayne McKeever’s men trailed twice early in the affair, but took a firm grip on proceedings after a tepid start to pull convincingly away. The longer the game drifted the further the gap grew, before two late O’Raghallaigh’s goals took the one-sided look off the scoreboard.

Nathan Sutherland fired home a first half major for the Clogherhead men, who were 1-6 to two points in front at one juncture, while James Califf and Liam Shevlin, especially the former, gave an exhibition in point-kicking from range as the contest quickly lost its competitiveness.

To their credit, O’Raghallaigh’s hung in and a penalty goal right on half-time at least gave them something to work off, as their deficit was reduced to 1-9 to 1-5. But Dreadnots quickly put any notion of a comeback on the back burner with the opening three points of the second period; Califf, Conor Faulkner and Sutherland the registrars.

And the dividing margin continued to mount until O’Raghallaigh’s landed two quickfire jabs, courtesy of an OG and Chris Smith’s slithered finish. Though Jay Hughes’ brace guided Dreadnots safely over the victory line.