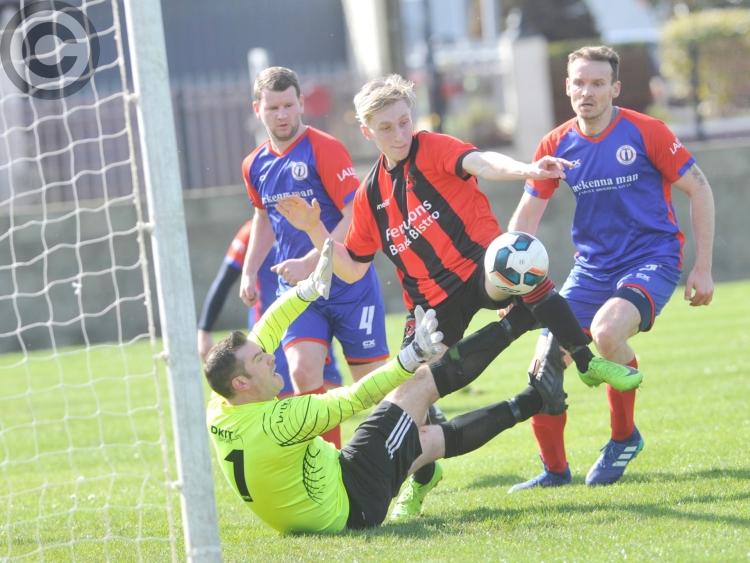 Coran Lindsay beat four Rock Celtic players and buried in the back of the net to earn Bellurgan United an incredible victory over their local rivals at Sandy Lane on Friday night.

Rock - who had Barry O'Hare in fine form during the second half - looked to have grabbed a point when Oisín Meegan fired home with seven minutes to play.

It followed a first half in which Jason McConville's Bellurgan were the better side and led twice.

Joe Dunne opened the scoring, before Seán Hand equalised from the penalty spot midway through the half, only for Ciarán Sheelan's free-kick to restore United's advantage.

But, just when it seemed as though the honours were going to be shared evenly, a piece of Lindsay magic settled a cracking encounter.