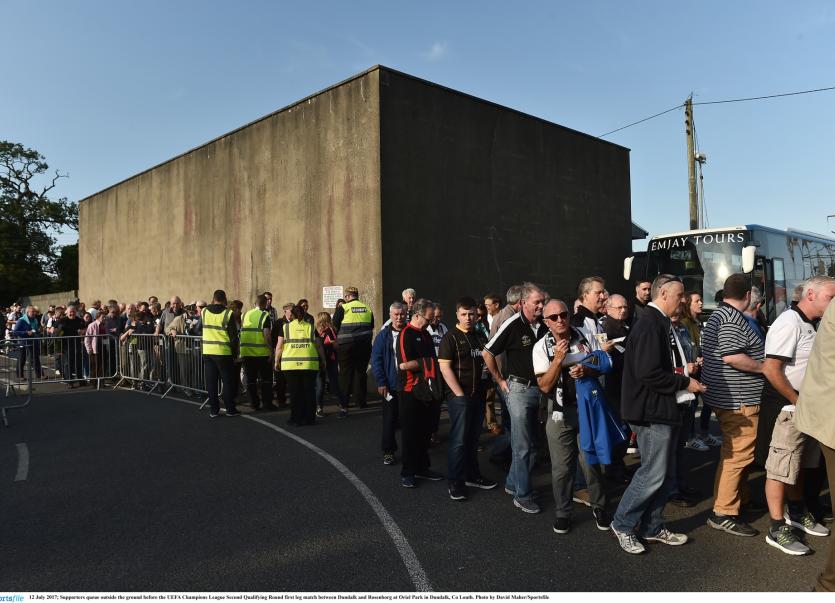 Oriel Park is a sellout for the Champions League clash with Riga on July 10. (Pic: Sportsfile)

Dundalk FC have announced that their UEFA Champions League qualifier against Riga at Oriel Park on July 10 is a sell-out.

The remainder of tickets went on sale this morning, following their release to the general public after last night's game with Waterford, and were snapped up by the afternoon.

Due to capacity restrictions set by UEFA, Oriel's attendance threshold has been reduced to just over 3,000.

For those who didn't manage to lay their hands on a match ticket, RTÉ announced yesterday that they will screen the affair live.

Tickets for the #UCL clash against Riga FC have now sold out! Thank you for your incredible support, #DundalkFC fans... pic.twitter.com/qH80jk0y64