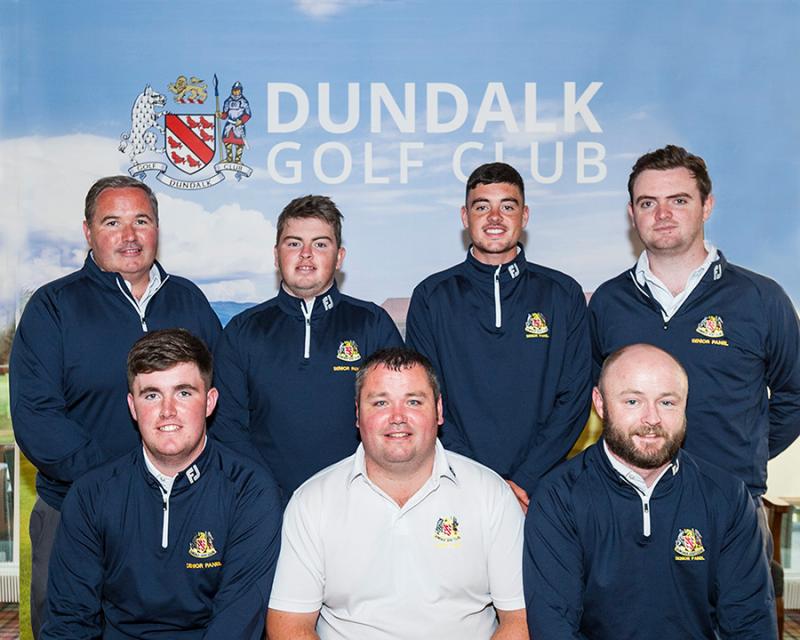 Despite hosting the event in Dundalk, the senior panel were beaten in the Regional final of the AIG Senior Cup on Sunday by an excellent Laytown & Bettytown team who now progress to the Leinster quarter-final.

The Meathmen laid down a very impressive marker in the strokeplay qualifying on Saturday when they led home the field by six shots with a combined score of 292 from the four counting scorecards. Greenore came next on 298 with Dundalk on 301 and Skerries on 302 as the top four advanced to Sunday’s matchplay semi-finals.

Laytown booked their place in the final with a comfortable 4-1 win over Skerries but the other semi-final went right to wire. Eoin Murphy and Josh Mackin were both winners for Dundalk while Aaron Grant and Conor Curran both lost to leave it at 2-2 with

Dundalk’s Neal MacKell one down with two to play. However, last year’s Junior Cup winner showed nerved of steel to win the two final holes in a dramatic finish and seal Dundalk’s place in the regional final.

Any hopes that home advantage would favour Dundalk in the final proved unfounded as the well prepared Laytown team took the first three matches to seal victory with Eoin Murphy losing 2&1 while Conor Curran and Neal MacKell were both beaten by two holes having taken their matches to the 18th. Aaron Grant and Josh Mackin were called in once the Layotwn secured their third point.