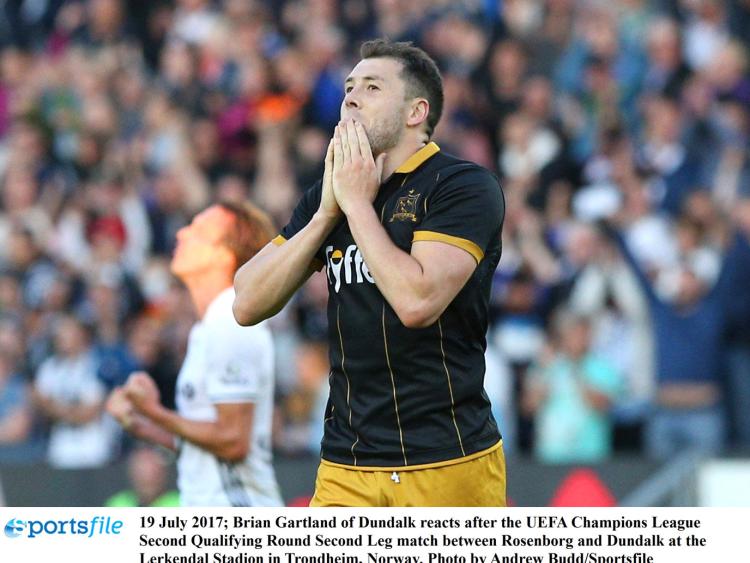 Dundalk FC will learn their UEFA Champions League first qualifying round opponents this afternoon when the draw takes place in Nyon, Switzerland.

The Lilywhites are seeded for the opening round and will face one of the following: Champions of the North, Linfield; Iceland’s Valur Reykjavik; Piast Gliwice of Poland; HB Tórshavn (Faroe Islands); or Riga (Latvia).

A rough assessment of the teams suggests that Polish champions, Piast Gliwice, would provide the sternest test, while Valur and Riga would also present stiff opposition.

Dundalk do, however, fall into the unseeded half for the second round draw, which takes place tomorrow.

Denmark’s Copenhagan, Dinamo Zagreb of Croatia and APOEL (Cyprus) enter the fray as top-ranking teams here.
If Dundalk are knocked out of the Champions League qualifiers this season, unlike in their previous competition participations, they will drop down to the Europa League preliminaries.

Vinny Perth’s side will base themselves in Spain for much of the week with the League of Ireland in recess.