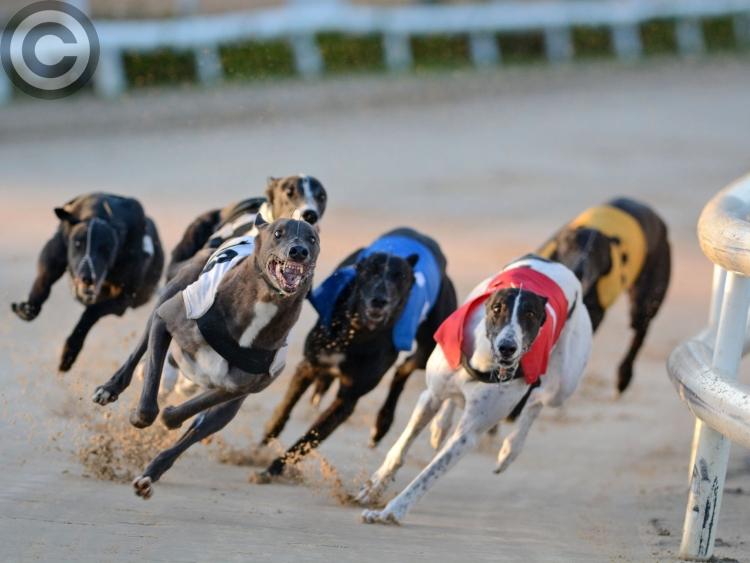 The best was kept to near the end in the opening round of the Paddy & Eamon Carroll Memorial 525 heats at Dundalk Stadium on Saturday night. When it seemed the opening winner, She’s Gold, might top the time test with a 28.74 run, Bannside Tilly led throughout to score in 28.69.

The final part of the day-long challenge – commemorating Eamon Carroll – will come at the dog track, when contestants will test their skill as tipsters. Proceeds from the 32-team event go to charity.

Revilo Janey, who came in as a reserve, was another fast heat-winner. Oliver Fitzpatrick’s Oldcastle runner had two good sprint wins to her credit, and she enhanced her standing with a fine 28.89 success.

Coloured Lily put in a strong finish to win by just over four lengths in 28.86, and the concluding heat winner, Kilbride Ninja, can be expected to improve on his 29.24. Mals Boy had a lengthy lead reduced going to the line, but had enough in hand to win by under a length in 29.03. The semi-finals take place this Saturday night.

The May Novice 525 final was the feature of Friday night’s card, and it ran to form, the odds-on Rocket Ranger running well up to expectations. The English-owned, Co. Down-trained dog went into the race with an unbeaten career record, and drawn in trap one and boasting of a 28.49 semi-final run had everything in his favour.

A son of the little heard of Atitboy (ex Dudleys Dream), Rocket Ranger shipped a slight bump at the opening corner, but that didn’t hinder his passage unduly. He went clear turning into the back, and it was easy after that. Cree Astra, who should be followed in distances beyond the 525, ran on to take second, just over four lengths off the 28.65 winner.

Colm Farrelly’s Hackballscross kennel got back in a winning groove, Seven Summers scoring a photo-finish. But there was no need for the camera in the following race. David Dunne’s Very Small put a lot off daylight between himself and the others in a 525. After rocketing from traps, the Dromiskin runner finished seven lengths clear in a splendid 28.72.