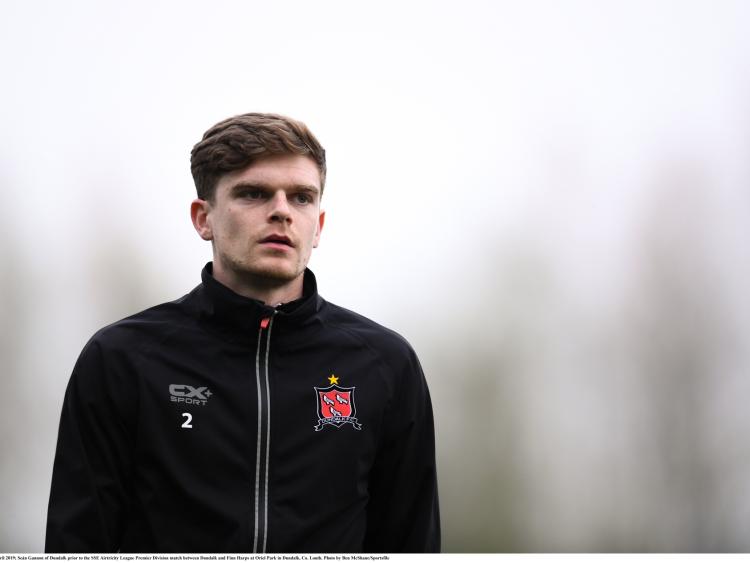 BEST PLAYER
Seán Gannon
It could be argued that Seán Gannon was the most consistent performer of the Stephen Kenny era and the Dubliner has once again proved his value to Dundalk this term.

Rarely caught defensively and an invaluable asset in attack, the right-back has arguably already booked his slot in the league’s team of the season.

Vinny Perth has often talked up Cameron Dummigan as a prospect in the No.2 position, yet it would take something extraordinary for Gannon not to be favoured in the void when fit.

PLEASANT SURPRISE
Seán Murray
The efforts of Seán Murray haven't gone unnoticed in the games he’s played since signing for the club.

A tough-tackling, box-to-box midfielder with a striking eye for a pass, Murray has been unfortunate with injury, but has impressed on his every outing.

Scored some vitally important goals, including a fine effort against Derry City at the Brandywell in spring.

PLENTY OF PROMISE
Jamie McGrath
Jamie McGrath was thriving in the No.10 void until injury intervened, seeing him go off in the 3-0, away win over Waterford.

His creativity and ingenuity has flourished as he has developed physically and his influence became more apparent through April, especially in the absence of Patrick McEleney.

A player who Stephen Kenny constantly talked up following his signing in 2017, McGrath promises to become one of the league’s best.

Scoreless at half-time, a brace from Patrick Hoban had the Lilywhites 2-0 up, before Derry hit back to level, their equaliser coming from the penalty spot after Hoban was sent-off.

MOST IMPRESSIVE DISPLAY
Bohemians 0-2 Dundalk
A supremely confident and competent display at Dalymount Park in early May earned Dundalk another victory - their second of three over Bohs already this season.

Georgie Kelly, in in the place of Patrick Hoban, and Seán Hoare were the goalscorers on a night where chances were traded, but, as has now become somewhat customary, Dundalk left Phibsborough with the points safe in hand.

A display blessed with swagger.

HIGHLIGHT
Dundalk 2-1 Shamrock Rovers
The final whistle in April 26’s 2-1 win over Shamrock Rovers at Oriel Park brought with it an outpouring of emotion from the heaving terraces.

This was a major statement and crucial point in a title race that had looked set to be headed by Rovers.

It’s hard to contextualise how significant this win could prove in the season.

TURNING POINT
Dundalk 1-0 Bohemians
Three nights after losing in Sligo, Dundalk were set to drop further points in the title race until Daniel Kelly won a penalty which Patrick Hoban coolly slotted away in injury-time of a game in which Bohs were the better team.

The win has begun an unbeaten run of 12 league games.

CONSENSUS
Champions
Top of the league, five points clear, with an identical record to last season, you would have to fancy this Dundalk team to press ahead and contend strongly for major honours. Injury and fitness depending, their squad is far superior to any opponent in this country.