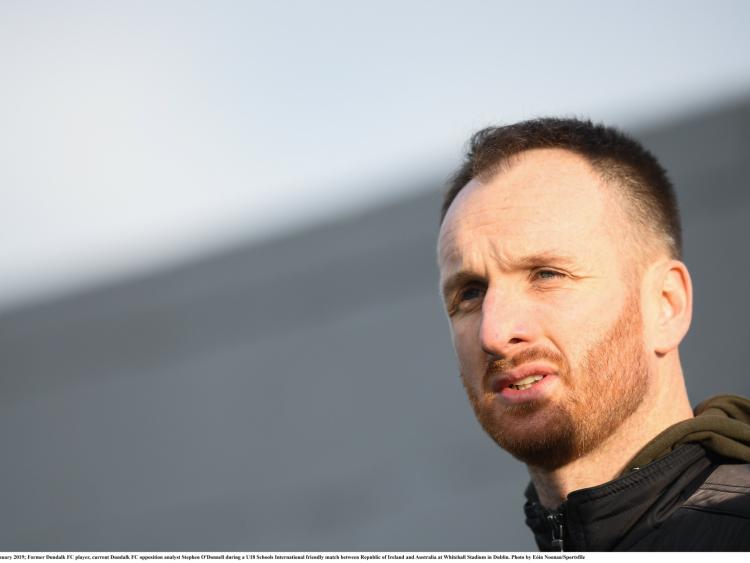 Vinny Perth has revealed how Stephen O’Donnell’s homework was a key component in Dundalk FC’s game-plan, as a well-worked first minute goal helped guide them past Sligo Rovers at the third attempt.

The defending champions had been frustrated by Sligo this season, having been held to a draw at Oriel Park on the opening day, before being run ragged by the Bit O’ Red in their loss at The Showgrounds in April.

Dundalk were unbeaten in 10 games since then going into Friday’s clash, but Sligo were also entering in form, with three wins and four draws from their previous seven outings.

However, it was O’Donnell’s opposition analysis and the players’ execution of the plan that gave them an important early edge in this latest battle, as John Mountney headed them into a 28th second lead.

“Stephen O’Donnell is away doing match analysis for us,” Perth explained, “and he would have spoken about getting Patrick (McEleney) into that position for the first goal.

“It was something that we worked on this week and that’s the value of the staff here. We’re all working together. Patrick got into that area, it was a decent ball and then John is attacking the back post. It’s something we’ve been working on – our wingers scoring at the back post.

“From a coach’s point of view, that first goal is brilliant for the management team. But all credit goes to the players. They had to be patient at times – they were frustrated a little bit at half-time, but I thought in the end, we ran out worthy winners.”

The head coach added: “It’s a real team effort. Stephen O’Donnell has been excellent for us – he’s not here on match nights. That role has always been important to us, whether it’s Gerry Spain or Ruaidhrí Higgins before.”