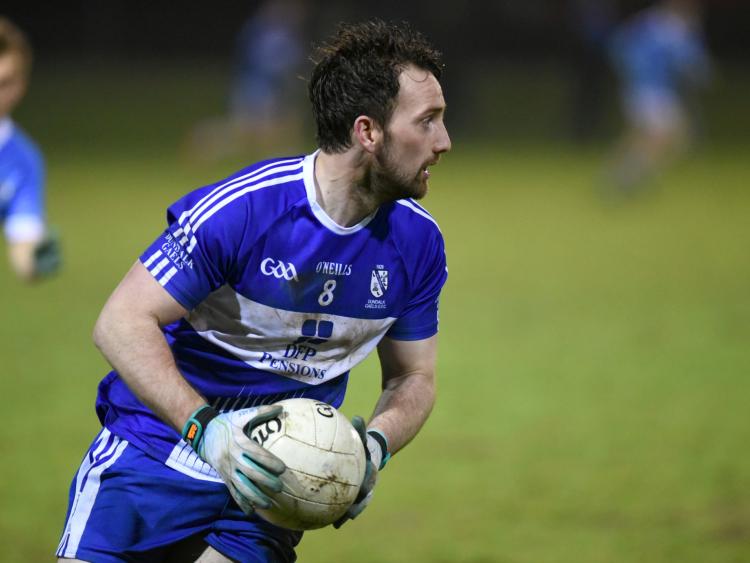 Derek Crilly was among the goalscorers as Dundalk Gaels eased past Oliver Plunkett's at the Ramparts in Division Two. (Pic: Ciarán Culligan)

Dundalk Gaels brushed aside the challenge of Oliver Plunkett’s as they recorded a 20-point victory at The Ramparts on Friday night.

The victory sees the Dundalk men continue their good run of form that has them in contention for the top four, while Plunkett’s remain bottom of Division Two, yet to get off the mark.

It was the Dundalk enjoyed the brighter start to the game and had points on the board through Éanna McArdle, Jason Clarke, David McComish and Adrian Rafferty as they took control of the game.

It got even better when Derek Crilly pounced to score the first goal of the game to put his team firmly in command. Plunkett’s were finding it difficult to get a foothold in the game, but just before the break Trevor Walsh found the net to give the visitors hope as he cut the gap to 1-8 to 1-2.

The hosts quickly reasserted their authority early in the second half and points from Gerard McSorley helped them extend their lead, while goals from Chris Sweeney and McArdle saw them complete a comfortable win.