Surgery and a new job have hindered William Woods' year to date, but the Louth forward is primed for Wexford call 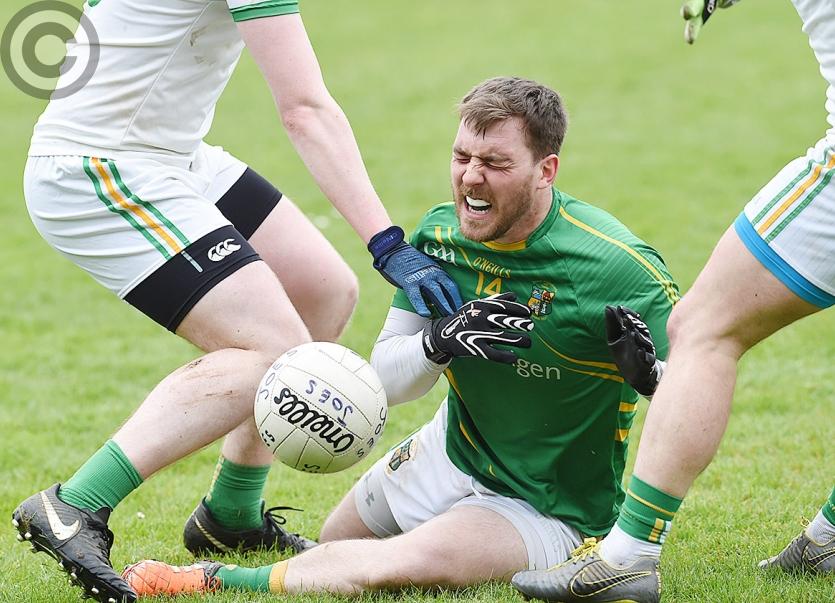 William Woods is hopeful of playing a part for Louth in their upcoming Leinster Championship campaign having missed the lion’s share of the National League.

The prolific Naomh Fionnbarra forward - who finished as Louth’s top-scorer last term, with 1-39 - underwent ankle surgery in November which ruled him out until January, while working commitments saw him miss the final two league matches, against Down and Westmeath, at a stage where he was regaining full fitness.

A leg injury meant an early exit from last Wednesday night’s club defeat to Kilkerley Emmets, but he recovered to play in Sunday’s loss to St. Joseph’s.

“I missed most of the league with the ankle,” Woods told The Democrat.

“I had an operation at the start of winter and just couldn’t get back with injury and I was away in England with work for two or three weeks during the league so it set me back.

A sub in the demolition of Sligo in round four of Louth’s Division Three campaign, Woods says the watching brief, having performed so consistently in his breakthrough season under Pete McGrath, was difficult.

He acknowledges the serious competition for places that exists in the Wee County’s forward line ahead of May 12’s outing in Wexford, alluding to Conor Grimes’ return to fitness too. However, the marksman reckons he has a chance of making the matchday squad having impressed in the recent challenge match reverse to Monaghan.

“We had a friendly there and I played well enough, scoring 1-3 from play. I’m moving well enough; hopefully, I can get another couple of weeks training into me and be ready for Wexford,” Woods added.

“Grimsey’s back there now. There’s a lot of lads there that are on form, but if I can get back playing and training fully, I hope to get a good chance.”

As for the hectic domestic schedule through April, Woods says it’s difficult for club and county players alike to cope with such a congested run, especially for the Togher men, who have lost four league matches in a row amid an injury crisis.

“It’s difficult and not just for myself, for the club lads. We’re struggling at the minute with lads getting injured and not being available.

“It’s a tough time, but we have to do it and enjoy it at the same time.”