INSIDE TRACK | Philipstown facility does both club and parish proud, but club fixtures debate continues to rumble 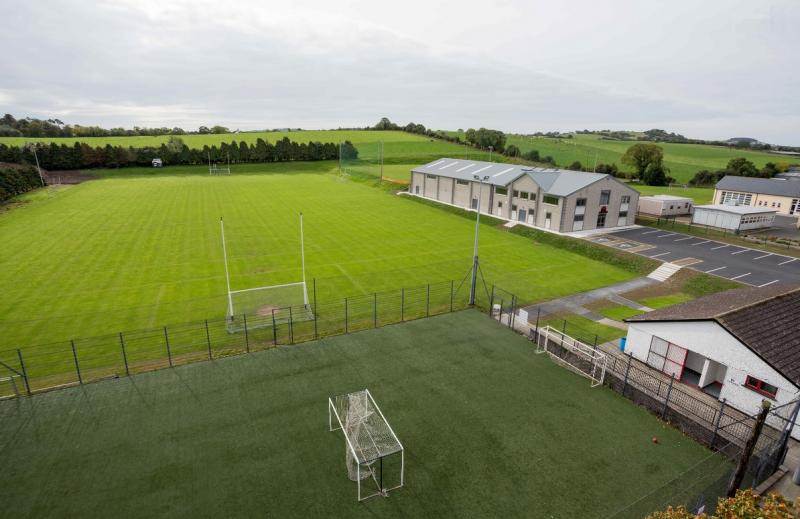 Páirc Chaoimhín Naofa is as good a club grounds as there is in the county. The pitch is sand-based, full-length and as flat as the proverbial pancake.

It was all about connections last week. On the Monday a call came through from Donal Kearney, son of the late Peadar, who was a long-time Louth Co. Board secretary. Donal wanted to know if there were any photos of his father available.

When such a request comes in there’s only one man to go to. Every week in this ’paper there’s evidence of the huge library Arthur Kinahan has built over the years. If Arthur hasn’t got it, no-one has.

The following day Inside Track became available for public consumption, in print and online. I’m not a subscriber or contributor to what they call social media. Some who are were, I was told, exercised by the piece I’d written on the timing of local GAA matches.

A question was asked: why are games not being played on a Sunday afternoon? And the point was also made that Friday night games can clash with Dundalk’s Oriel Park outings, the current popularity of the team possibly depriving club teams of ‘gate’ revenue. Also, getting home in time for these games can be problematic for players working away.

The media socialite – if I can call him that – told me that opinion among the warriors was divided. No problem with that. At least the stuff is being read, and that’s always gratifying. As I’ve often said, what appears here is just one opinion.

The good old Dundalk Gaels were out later that evening, searching for a morale-boosting inter- mediate league win. St. Kevin’s were in opposition and the game was in Philipstown.

Páirc Chaoimhín Naofa is as good a club grounds as there is in the county. The pitch is sand-based, full-length and as flat as the proverbial pancake. Beside it is another playing area and a hugely impressive community centre, which houses the dressing rooms and a gym. It’s a facility of which the club and parish can be proud.

This was my second visit. The first was as many as 36 years ago, on the day, in fact, that PCN had its official opening. I was working that June Sunday, covering the event for the Demo. Louth were out against Monaghan, and who else but the promoting club’s Mickey Hughes to take charge of the whistle.

There was a strong look about both teams, suggesting championship outings were imminent. Jim McDonnell was Louth captain, and among his colleagues were Matt McDermott, Richie Culhane, Paul Renaghan, Benny Gaughran, Aidan Wiseman and Pat McConnon.

Eamonn McEneaney was at midfield for Monaghan, alongside Hugo Clerkin; Ray McCarron, Nudie Hughes and Kevin Treanor were in attack, and among the defenders were Paddy Kerr, Gerry McCarville, Gene Sherry and Ciarán Murray, the latter, also among last Tuesday’s attendance, and perhaps like me, back there for the first time since 1983.

But before the ball was thrown in there was a tape to be cut, and who better to do it than Peadar Kearney, at the time filling the role of Co. Board secretary as well as Leinster Council vice-chairman. Photographs are certain to have been taken, and a call to St. Kevin’s might benefit Donal.

I must have been at the dogs on the evening Gaels travelled to play St. Kevin’s in the league in 1990, a game recalled by Niall Lambert the other night. So why did it come so easily to mind?

No, there were no fisties, nor did Niall put three in the net (When did he ever?). While this Macardle Cup match was being played out, over at Italia ’90 Jack Charlton’s Republic of Ireland side were jousting with Romania. Fixtures are fixtures and there was no chance of concessions being made - this and the other matches arranged for that evening wouldn’t be called off, the Board said.

As Niall left the field that night he wondered aloud – how are the lads getting on in the World Cup? The answer he got from the Kevin’s player he’d just shaken hands with left him in no doubt as to what he thought of Charlton and his squad and the mission they were on.

Using language of the street, he said that two Macardle points were more valuable to Kevin’s than a place in the World Cup quarters were to Ireland.

Back to the current policy of playing senior games on Friday night and then others, in the lower leagues, on Saturdays. In a discussion the other night, someone said that this might be due to a shortage of referees. It’s not unusual for some of the whistlers to be out twice over a weekend.

And one of the younger brigade in the group said players prefer to play on Fridays. It gives them the weekend off. Of course.