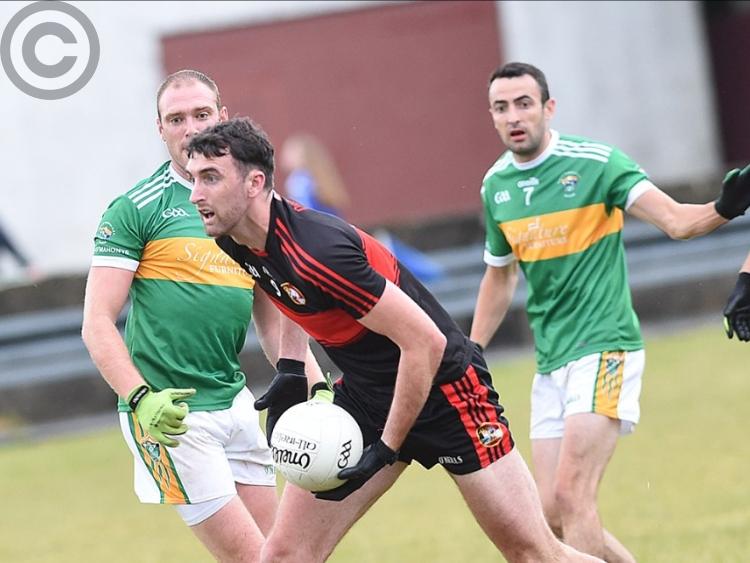 Dreadnots bounced back from their midweek result with a good win over Sean O’Mahony’s at the Point Road on Friday night.

It was a tricky challenge for the Clogherhead men, who had lost their unbeaten record at the start of the campaign after going down to St. Mary’s on Tuesday night. However, they turned in a solid performance in difficult conditions to come away with two valuable points.

The home side made a promising start to the game and were leading 0-2 to 0-1 after 14 minutes, with James Califf registering Dreadnots’ point during that period. However, the second quarter was dominated by the visitors and they added points through Liam Shevlin, Peter Kirwan and Califf (2) to go in at the break with a 0-5 to 0-2 advantage.

Carl Monaghan and Califf added points early in the second half, but O’Mahony’s hit back with three of their own to keep the game very much in the balance as they trailed by just 0-7 to 0-5.

However, the Clogherhead side regained the initiative and made the game safe thanks to a brace from Califf and an effort from Nathan Sutherland. O’Mahony’s did have the final score of the game. but it was little more than consolation at that stage.