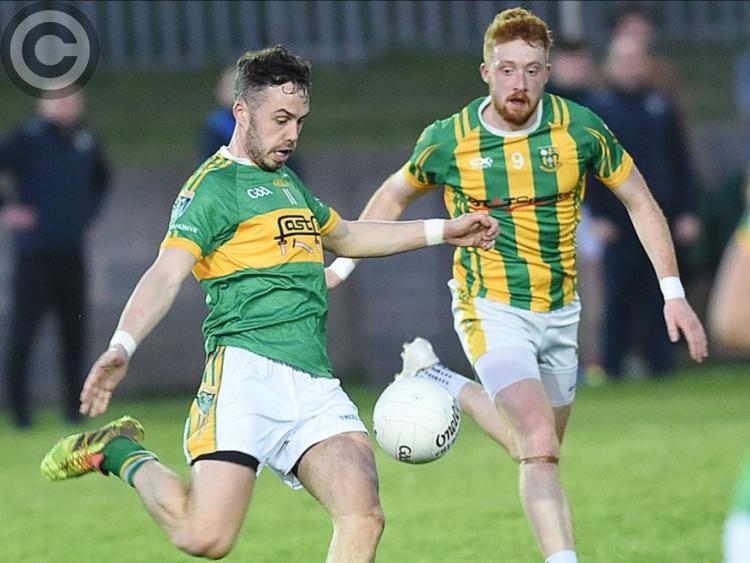 Sean O’Mahony’s senior team got back to winning ways with an emphatic victory over Clan na Gael on the Point Road on Good Friday.

After the disappointment of losing out to an injury-time point in Lordship last week, the hosts were much less wasteful in front of the posts this week, kicking 12 points in total.

In a low scoring first half, both defences were on top throughout, leaving scoring opportunities thin on the ground, but still the home side were 0-4 to 0-2 ahead at the break with Mark Newell and Sean O’Hanlon on target for the visitors.

The lads from the Quay slowly pulled away in the second period with the majority of the scores coming from the usual suspects, as in Conor Finnegan and Stephen Kilcoyne, with Sean Mathews and substitute Danny O’Brien chipping in with one from play apiece, leaving them with a seven-point winning margin.