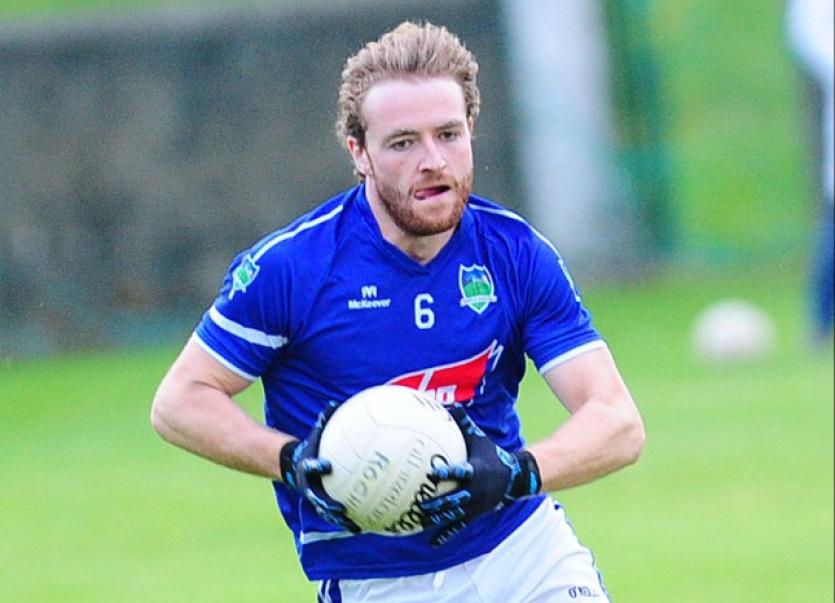 David Quigley helped Roche Emmets to go clear at the top of Division 3A on Friday night with victory over Lannléire. (Pic: Arthur Kinahan)

Roche Emmets maintained their bright start to the season when they defeated Lannléire in Dunleer on Friday night.

The visitors did most of the damage in the first half as goals from Liam Dawe and Eugene Murray had them leading by 11 points at the break.

It was Murray who scored the first goal of the game on 17 minutes and five minutes later Dawe grabbed the second to put his side firmly in control, before Lannléire gave themselves hope just before the break when Colin Murphy pulled a goal back.

However, late points from Shane Byrne and Barry O’Hare saw Roche go in at the break with a 2-9 to 1-1 lead.

The result was rarely in doubt in the second half and Roche were comfortable winners despite the fact that they added just three points to their tally from Byrne, Dawe and O’Hare.

Lannléire added two further goals through Bob Murphy on 48 minutes and Colin Murphy on 54 minutes, but it wasn’t enough to deny the visitors.