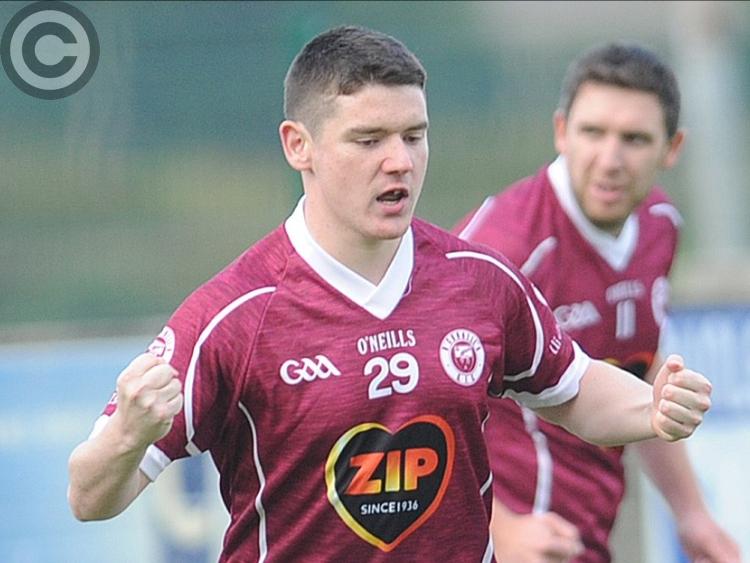 O’Connell’s made it two wins from two played with a comprehensive victory over Glyde in Tallanstown on Sunday afternoon.

The visitors raced into a four-point lead with scores from Robert Quigley, Cian Doyle and a brace of frees from Niall Conlon.

Barry Brennan got the home team on the scoreboard with a point, but Quigley pointed to keep four between the sides.

The teams shared the next two points with both from frees before Glyde got the next two scores both well taken frees from Brian Duffy.

The Bellingham side finished the half the better and a point from Ciarán O’Brien was followed by their first goal when Jackie Agnew found Quigley and he went round two players before firing to the net to leave the score at half-time 1-7 to 0-4.

The second half started the way the first had finished with Quigley increasing his team’s lead with a point and a couple of minutes later he got his and his side’s second goal of the game after he received a pass from Doyle and shot to the net.

Dion Conlon got the home team’s first point of the second half but the Bellingham side replied with two both of which were frees from Quigley and Conlon. Points from Trevor O’Brien and Martin McArdle reduced the lead going into the last ten minutes. There was always a bit of niggle in this game and that spilled over into a melee in the 51st minute and when all the dust had settled five players were given their marching orders, three from Glyde - Mark O’Brien, Trevor O’Brien and Barry Brennan, along with Jackie Agnew and Sean Cairns from O’Connell’s.

On the restart the visitors had the extra man and points from Salem Rifaie and Doyle put them further ahead and a third goal from Doyle sealed the victory for the O’Connell’s.