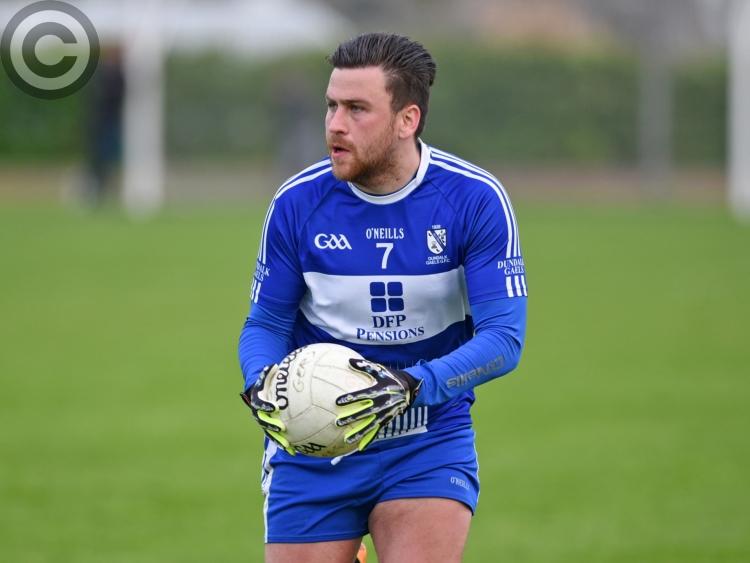 Dundalk Gaels' Adrian Rafferty was on the losing side at Beaulieu on Friday night. (Pic: Ciarán Culligan)

St. Fechin’s made it two wins from two by sending Dundalk Gaels to their second defeat in Beaulieu on Friday night.

Eugene Judge’s team led 0-7 to five at the interval, Bevan Duffy performing strongly here, but Gaels fought back and moved ahead with Gary Shevlin and Éanna McArdle on target.

However, a late Fechin’s goal handed them the points.