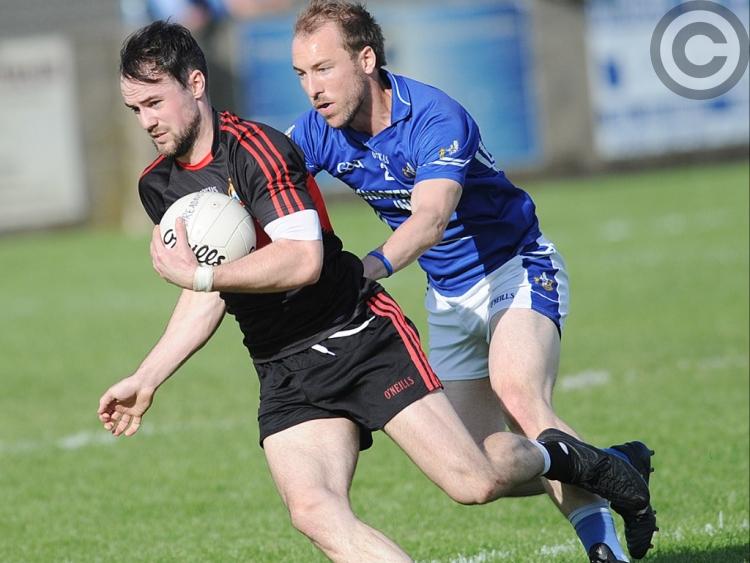 Dreadnots showed no signs of their good start to the year slowing down as they came home from Monasterboice with victory over Naomh Máirtín on Sunday afternoon.

With both teams expected to be in the hunt for the league title, this was always going to be a close affair, but it was Dreadnots who put down a marker with a deserved win.

The visitors wrestled control of the game in the opening half as points from James Califf, Nathan Sutherland, Liam Shevlin and Peter Kirwan helped them lead 0-6 to 0-3. In a low-scoring game, it proved to be a significant advantage.

The Jocks gave their all to get back into the game, but were kept at arm’s length by a Clogherhead side who sealed the win with points from Darragh Shevlin, Páraic Smith and Califf.