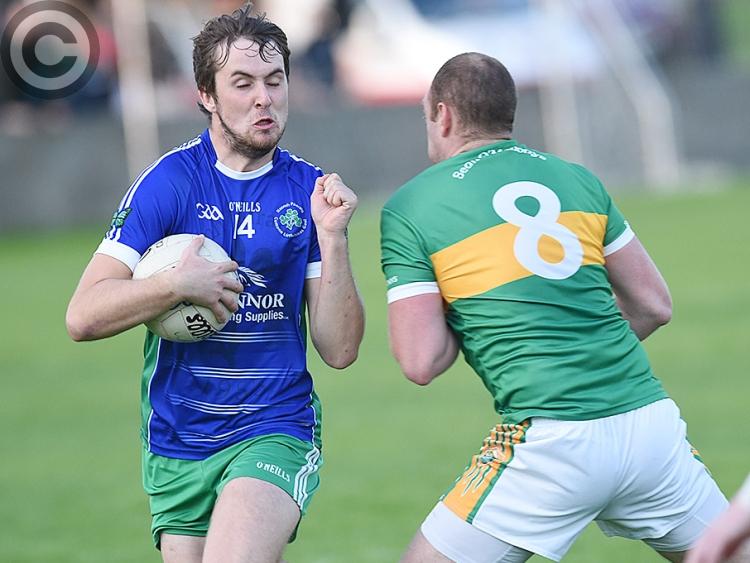 For the second successive week St. Patrick’s struck late to claim a single-point victory as they made it back-to-back wins, this time at home to Sean O’Mahony’s on Sunday afternoon.

Jack Murphy was the hero for the Lordship men as he fired over the winner in injury-time to hold off the brave challenge of the Sean O’Mahony’s.

In recent years these two teams have served up many tight games and this clash was no different. The pattern was clear from the opening exchanges as Pat’s hit early points from Gavin Gregory and Cathal Grogan only for the Seans to draw level each time.

Pat’s enjoyed a purple patch when Danny O’Connor, Grogan and Murphy saw them open up a gap, but the visitors finished the half on top and added three points from Stephen Kilcoyne and Benny Traynor to level the game at five apiece going into the break.

O’Mahony’s led for the only time in the game when they struck just after the break, but Pat’s regained the initiative through O’Connor and Grogan. Once again the Dundalk side hit back with the help of Stephen Kilcoyne points and looked to have claimed a share of the spoils when they equalised in the final minute, only for Murphy to send over a dramatic winner in injury-time.