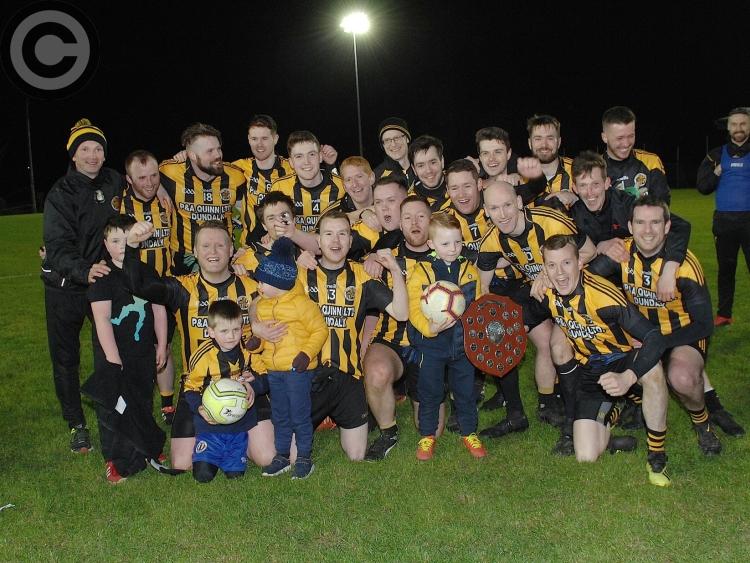 Stephen Arrowsmith was the hero as Na Piarsaigh overcame Glen Emmets courtesy of his late goal on Saturday evening.

Glen Emmets scored the first two points before Alan McCartney started the Na Piarsaigh scoring in the sixth minute with a lovely point from play.

This was followed up by two points from Eamonn McAuley and one point from Conall Shields to leave the half-time score at 0-7 to 0-4 in favour of Glen Emmets with the Tullyallen men finding the target through James Butler, Isaac Walsh, Andrew Mooney and Robbie Byrne.

Na Piarsaigh started the second half better with points from play from Robert Murphy and Alan McCartney, and within 10 minutes the scores were level. A well worked move ended with Eamonn scoring a point in the 24th minute to put the hosts in the lead.

Arrowsmith was introduced in the 25th minute and had an impact on the game straight away. Within a minute of being on the pitch he scored the game's only goal, an accurately placed shot in the top right corner leaving the goalkeeper no chance. This was the score that made the difference the Dundalk men went on to win by three points as Emmets could only manage second half points from Butler and Sean Byrne.