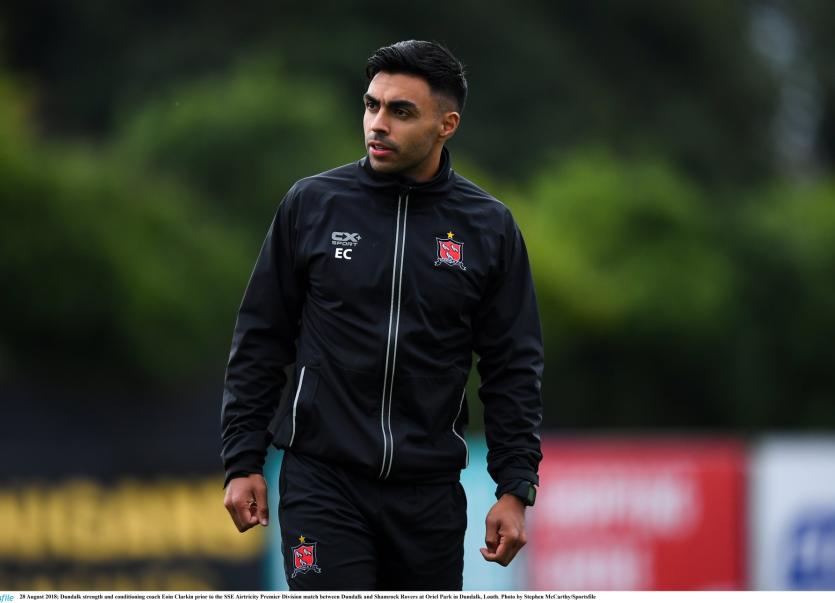 Eoin Clarkin has left Dundalk FC after a year as Strength and Conditioning coach. (Pic: Sportsfile)

Strength and Conditioning coach Eoin Clarkin has left Dundalk FC and will be replaced by Graham Norton with immediate effect.

Clarkin came on board with the Lilywhites early last year, following Graham Byrne’s departure, but has left “to pursue a new role in England”, a club statement confirmed.

His replacement, Norton joins the club having worked most recently with League of Ireland rivals Bohemians and Castleknock GAA.

“It has been an absolute honour for me to work with the most successful club in the country,” Clarkin said.

“I would like to wish all the players and staff the very best in the rest of the season. Dundalk FC will always stay close to my heart and I look forward to coming back to Oriel Park as a fan.”

On Norton, head coach Vinny Perth said: “I am convinced we have found the right person to maintain the high standards that have been set at the club up until this point, and taking us on to new heights.”