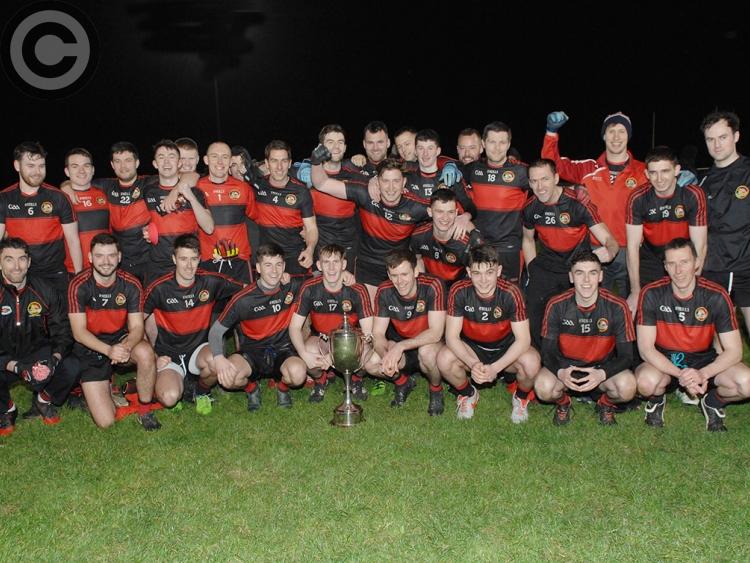 Dreadnots maintained their impressive early season form when a strong second half display saw them start their league campaign with a victory at home to Cooley Kickhams.

After claiming the Paddy Sheelan Cup the previous weekend, the Clogherhead men continued that momentum as they proved too strong for the visitors on Sunday afternoon.

The Dreadnots had the edge throughout but made sure of the win with a blistering start to the second half when a Liam Shevlin goal helped them move eight points clear.

Cooley made a good start and matched the hosts in an opening quarter that saw the teams share eight points but by the interval the Dreadnots had opened up a 0-8 to 0-5 lead. Pepe Smith and Jay Hughes were among the points for the Dreadnots, while Michael Rafferty and Fearghal Malone responded for Kickhams.

With the help of Shevlin’s goal the Dreadnots moved 1-11 to 0-6 clear early in the second half and there was no way back for Cooley as the red-and-blacks went on to win by eight points.