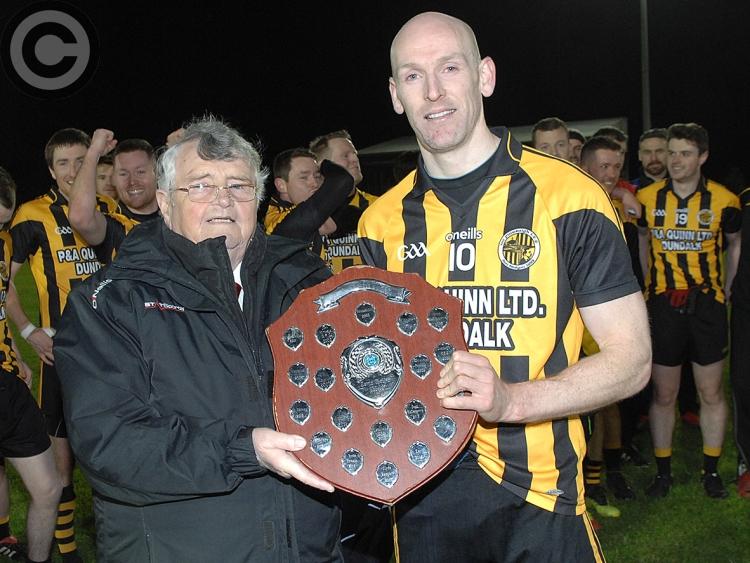 Na Piarsaigh recovered from a slow start before brushing aside the challenge of Glen Emmets to claim victory in the Kevin Mullen Shield final at Stabannon on Saturday night.

The Dundalk men trailed by a point in the run up to half-time, but over the course of the next 33 minutes, they out-scored their opponents 3-4 to 0-1 to come out with a deserved win.

Following a cagey first quarter it was the Emmets who landed the first major blow when Keith Lynch got in for the first goal of the game on 17 minutes.

It looked as if that would be enough to give his side the lead at the break, but with three minutes remaining in the half, David Boyle found the net to send the Dundalk men in with a 1-4 to 1-2 advantage.

The Tullyallen men were given the chance to restore their advantage two minutes into the second half when they were awarded a penalty. However, goalkeeper Adam Molloy was equal to the task and not only did he save the spot-kick, but also kept out the rebound before the danger was cleared.

Na Piarsaigh took full advantage of that double save as they saw Michael Woods add a second goal on 41 minutes to put his team in charge.

Glen Emmets were unable to muster a response and managed only one second half point from Andrew Mooney before Eamonn McAuley sealed a deserved win with Na Piarsaigh’s third goal.