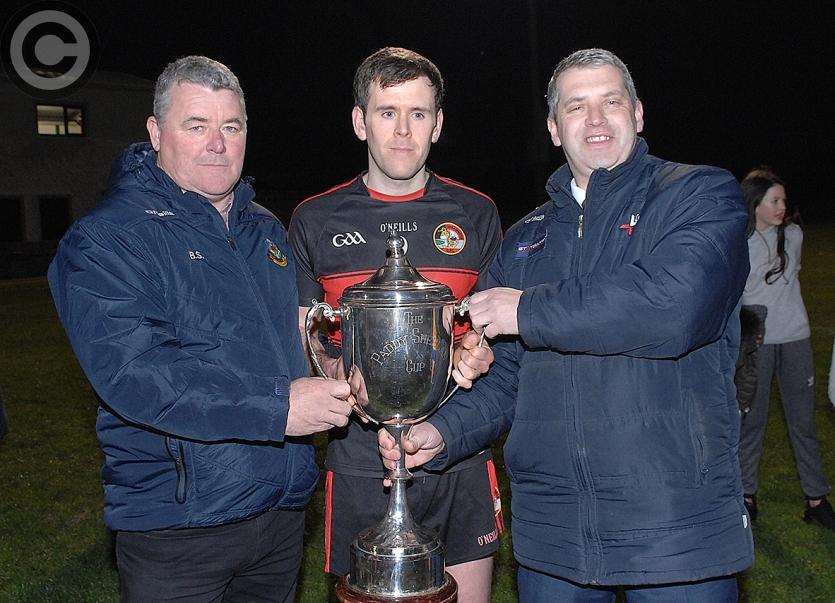 Dreadnots turned in a strong second half display to see off St. Mochta’s in the final of the Paddy Sheelan Cup at Clogherhead on Saturday evening.

A goal from Nathan Sutherland early in the second period proved decisive as the home side were rewarded for a fine overall team display with a 10-point win.

Perhaps the winning margin was a little bit harsh on Mochta’s; however, the experience of playing at a higher level became evident as Dreadnots were able to find an extra gear

The home team led 0-7 to 0-5 at the end of an entertaining first half, with points from play from Peter Kirwan and Sutherland, a point each from play for Pepe Smith and Jay Hughes along with three placed efforts from Hughes.

However, Mochta’s didn’t let them have it all their own way, Cormac Smyth, Gerry Garland and Ciarán McMahon keeping them in touch.

Hopes of adding the Sheelan Cup to their intermediate championship were alive as the Louth Village men took to the field for the second half, but within a couple of minutes those dreams were all but dashed as the clinical Dreadnots added 1-2 without reply.

Points from Darragh Shevlin, Anthony Lynch and a goal from Sutherland five minutes after the break left it difficult for the newly promoted seniors as Dreadnots took hold of the Sheelan crown.